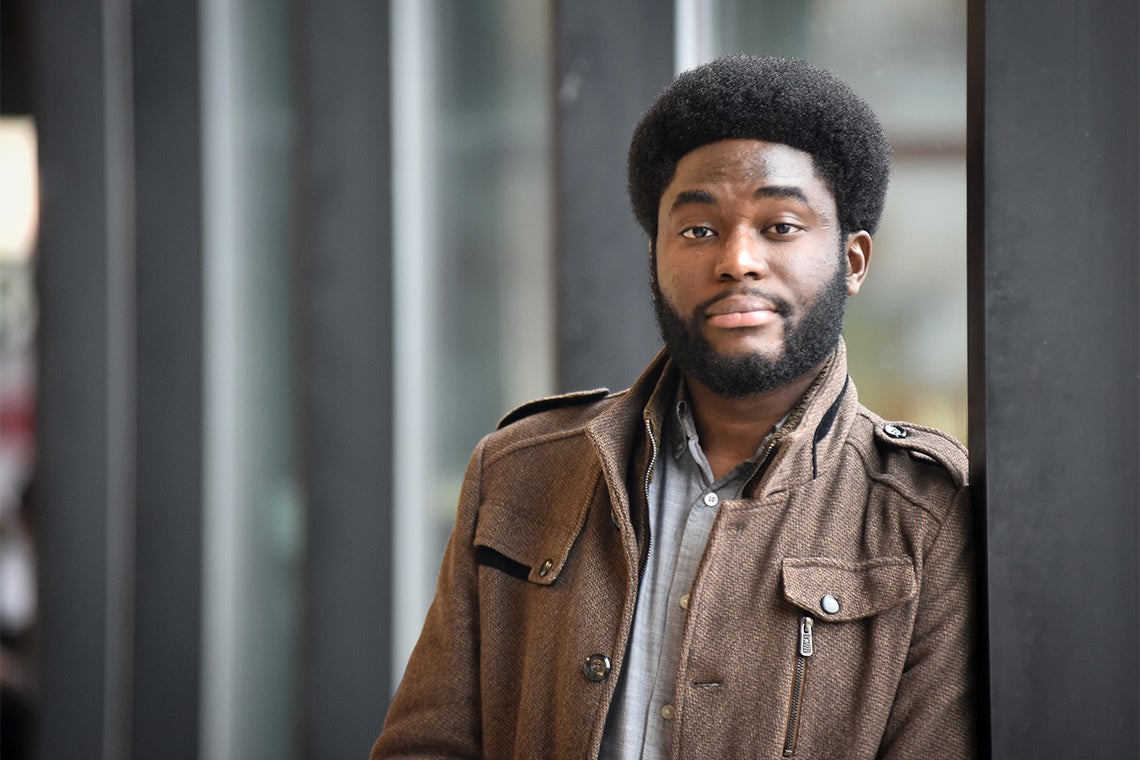 Efosa Obano, BFN's program manager, says a key priority is to connect Black entrepreneurs to the resources, mentorship and sponsorship opportunities needed to increase the number of successful Black-owned startups across Canada (photo by Ken Jones)

Black entrepreneurs at the University of Toronto now have access to an inclusive community with the resources necessary to nurture and boost their businesses.

The goal of the Black Founders Network (BFN) is to support entrepreneurs at all stages of their journey – from those just starting out, to those needing help scaling up their businesses.

Efosa Obano, an alumnus of U of T Scarborough and the network’s program manager, says a key priority is to connect Black entrepreneurs to the resources, mentorship and sponsorship opportunities needed to increase the number of successful Black-owned startups across the country. He adds that the network’s initial consultations with the Black community – many of whom were U of T students or alumni – revealed that many Black entrepreneurs were facing challenges stemming from lack of inclusion and representation in the entrepreneurial ecosystem.

“A lot of people felt uncomfortable when they were trying to build something, but the people who were supposed to help them couldn’t relate to their lived experiences, and wanted them to build something different,” says Obano.

He also points to a recent survey that found as many as 76 per cent of Black entrepreneurs in Canada thought their race made it harder to succeed. During the network’s initial consultations, he says, it became clear that there was a lack of awareness about existing opportunities and resources at U of T to support their business.

It’s a national problem, says Obano. When the federal government launched the Canadian Emergency Business Account in March 2020 to support business owners who were affected by the COVID-19 pandemic, as many as 70 per cent of Black-owned businesses were not eligible for the grants. Furthermore, Obano says that less than two per cent of all the venture capital raised in North America went to Black-owned companies, and as recently as 2018, only two of the 300 grants that the federal government offered went to Black-owned businesses.

Based on feedback from these initial consultations, Obano says it was clear that things could be better and that there was an opportunity for Black entrepreneurs to create a uniting space. Built by and for the Black community, he says the BFN is engaging founders, investors, allies and other partners with a desire to advance Black entrepreneurship.

The network, which launched this fall through U of T Entrepreneurship, aims to celebrate Black excellence in entrepreneurship, while also being centered around allyship.

“As part of the University’s strategy to promote equity, diversity and inclusion in confronting anti-Black racism, the Black Founders Network provides a much-needed space for Black founders to learn, grow, and thrive as successful entrepreneurs,” says Christine Allen, U of T’s associate vice-president and vice-provost of strategic initiatives

“At the core of its values, BFN will foster allyship, mentorship and sponsorship to nurture and celebrate Black excellence in entrepreneurship.”

There are three main pillars that make up the functioning of the network: Core, Accelerate and Scale.

Core is for those interested in entrepreneurship and looking to learn more as they begin their journey. Through the network, these entrepreneurs can apply for grants of up to $5,000 and access programs that can help them learn how to build a strong team, validate their ideas with target users and draft business plans.

For Accelerate, the network will support entrepreneurs whose ideas are ready to grow and meet the needs of their target market. This cohort-based program is the most structured of the BFN offerings and these entrepreneurs can apply for awards up to $25,000 plus other funds to cover legal and financial startup expenses. They will also get support with product development, value chain partnerships and revenue generation.

At the Scale level, the network will support entrepreneurs whose businesses are already generating revenue but want to scale in order to be sustainable. Up to $50,000 in BFN funding will be available for such companies in addition to seed investments from the network’s Black-focused investment partners. Startups at the Scale level will receive dedicated hands-on support, workspace and mentorship to increase their profitability and market share.

Applications for some of these network elements are expected to open in the new year. Meanwhile, Obano says they are actively looking for more founders and creators to join the network.

The network was built in consultation with over 100 Black founders and 50 partners earlier this year, while 533 people registered for the launch event on Oct. 7. Since then, the network has held five events focused on community-building. Obano hopes to get at least 1,000 founders and creators involved in the network annually, including a strong cohort of advisers and community partners. The group also wants to create a directory of Black-owned services and business leaders.

“My ideal story would be to have someone who started in the first stream, go through all the three levels, create their own successful company – and then be able to mentor an aspiring entrepreneur that’s coming in,” he says.

“It’s the notion of pulling others up as you climb the ladder. That’s how you truly thrive as a community.”