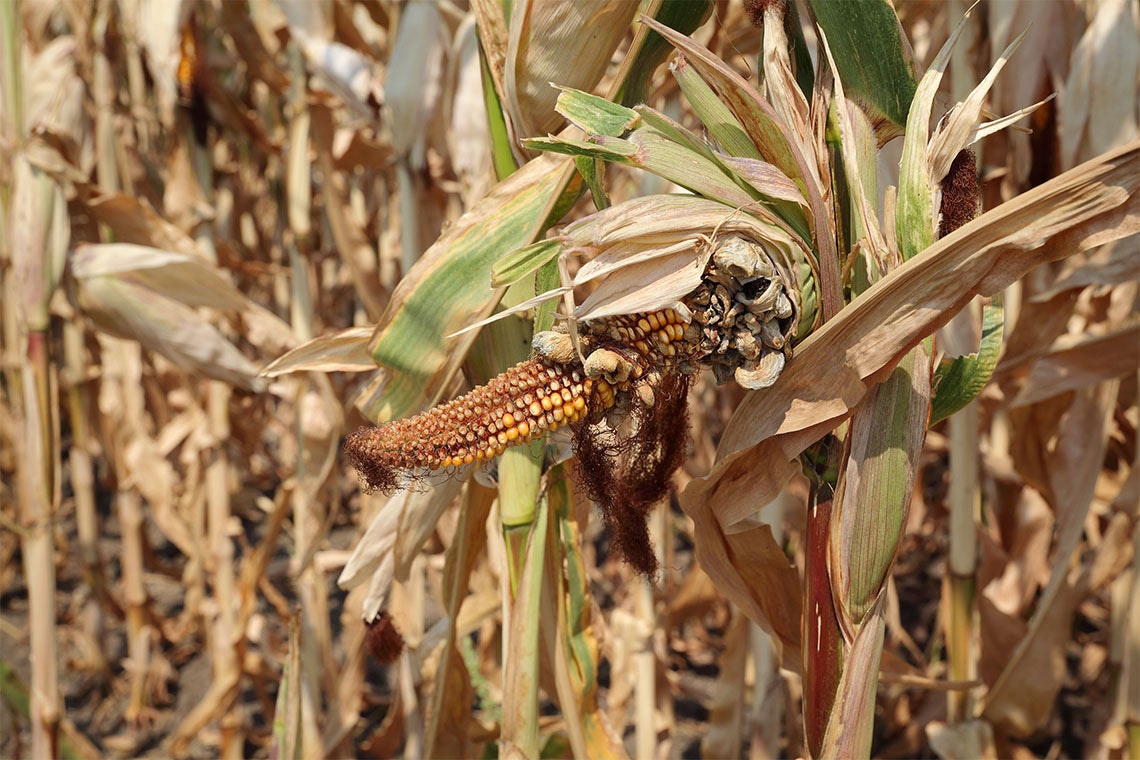 Based on new insights into the way plants survive relentless pathogen attacks, researchers at U of T have developed a blueprint that could one day be used to protect the health of the world's food crops (photo by imazoran via iStock)

A team of researchers at the University of Toronto has successfully tested a new strategy to identify genetic resources in the ongoing battle against plant pathogens such as bacteria, fungi and viruses, which infect and destroy food crops worldwide.

“As much as 40 per cent of global crop yield is lost to pests and pathogens such as bacteria, viruses and other disease-causing microorganisms annually,” said David Guttman, a professor in the department of cell and systems biology at the University of Toronto and co-author of a study recently published in the journal Science.

“In Canada, pathogens of the top five crops cause annual losses of approximately $3.2 billion, even with no significant outbreaks.”

By focusing on the near-limitless arsenal of disease-associated genes available to pathogens and the defences available to plants, the researchers not only uncovered new insights into the ways plants survive relentless attacks, they developed a blueprint that could one day be used to protect the health of any species grown for food production.

“We wanted to know how relatively long-lived plants defend themselves against very rapidly evolving disease-causing pathogens, why disease is so uncommon even while plants are under continual attack by these highly diverse pathogens and why domesticated crop species are so much more susceptible to pathogen attacks than wild species,” Guttman said.

Guttman and Darrell Desveaux, a fellow cell and systems biology professor who co-led the study, addressed these questions by specifically asking how a single plant is able to fight off the attacks of a common, bacterial, crop pathogen. They did this by first characterizing the global diversity of an important class of pathogen proteins, called effectors.

“Effectors play key roles in disease since they evolved to enhance the ability of pathogens to attack and infect their hosts. Fortunately, plants have evolved counter-defences in the form of immune receptors that can recognize certain effectors,” said Desveaux.

“A plant is able to mount an ‘effector-triggered’ immune response that usually stops the infection if it carries a specific immune receptor that recognizes a specific pathogen effector. This effector-receptor interaction has been called gene-for-gene resistance and is the basis for nearly all agricultural resistance breeding.”

The team started by sequencing the genomes of approximately 500 strains of the bacteria Pseudomonas syringae (P. syringae), which causes disease on nearly every major crop species.

“From these bacterial genomes we identified approximately 15,000 effectors from 70 distinct families,” said Guttman. “We then reduced this complexity by identifying 530 effectors that represent their global diversity.”

The researchers next had all of these representative effectors synthesized and put into a particularly harmful strain of P. syringae that causes disease when infecting the plant Arabidopsis thaliana (A. thaliana), a common weed widely used in plant biology studies. By doing infections with each individual effector they saw how many of the 530 effectors elicited an effector-triggered immune response that protected the plant.

The results were unexpected.

The results shed new light on how plants survive relentless pathogen attack. They also offer a new approach for identifying new plant immune receptors, which is a genetic resource in short supply in agricultural breeding.

“While wild plant species have a diverse array of immune receptors, most domesticated crop species have lost much of this immunodiversity due to intensive artificial selection,” said Guttman. “Our approach enables the rapid identification of new immune receptors in wild relatives of crops that can then be moved into elite agricultural lines by traditional breeding, ultimately creating new varieties with greater ability to resist agricultural pathogens.”

Funding for the research was provided by the Natural Sciences and Engineering Research Council of Canada and the Canada Research Chairs program.