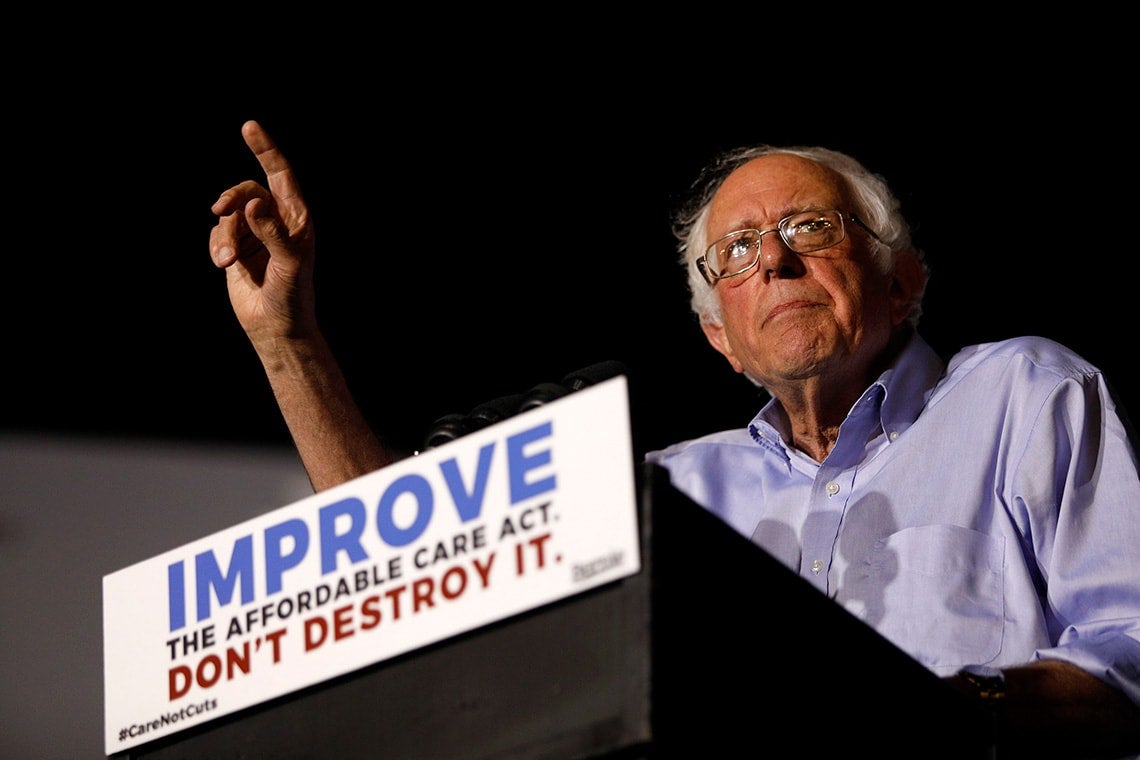 Bernie Sanders will visit U of T on Oct. 29 (photo by Bill Pugliano/Getty Images)

Due to the overwhelming response, the event sold out in one minute.

What the U.S. Can Learn From Canadian Health Care will be held on Oct. 29 at Convocation Hall on the downtown Toronto campus. Sanders will be in conversation with Dr. Danielle Martin, associate professor at U of T's Dalla Lana School of Public Health.

Professor Gregory Marchildon of the Dalla Lana School of Public Health, who is the Ontario Research Chair in Health Policy and System Design, will give closing remarks.

“It sold out in less than a minute. I wasn’t surprised by that in part because of his high profile during the presidential campaign for the Democratic Party.”

He said Sanders “captured many Canadians’ attention during that time” because his message was unusual compared to previous candidates and because of the values that he espoused.

For those who weren’t able to get tickets, Sanders’ talk will be livestreamed at 11 a.m. on the day of the event. For streaming details, visit the U of T Facebook page on Oct. 28.

The event is organized by Dalla Lana School of Public Health at U of T, the Broadbent Institute, the North American Observatory on Health Systems and Policies, the Wellesley Institute and Women's College Hospital.