Believe in Star Wars you must? U of T researcher co-edits fan-focused book of essays by religion scholars 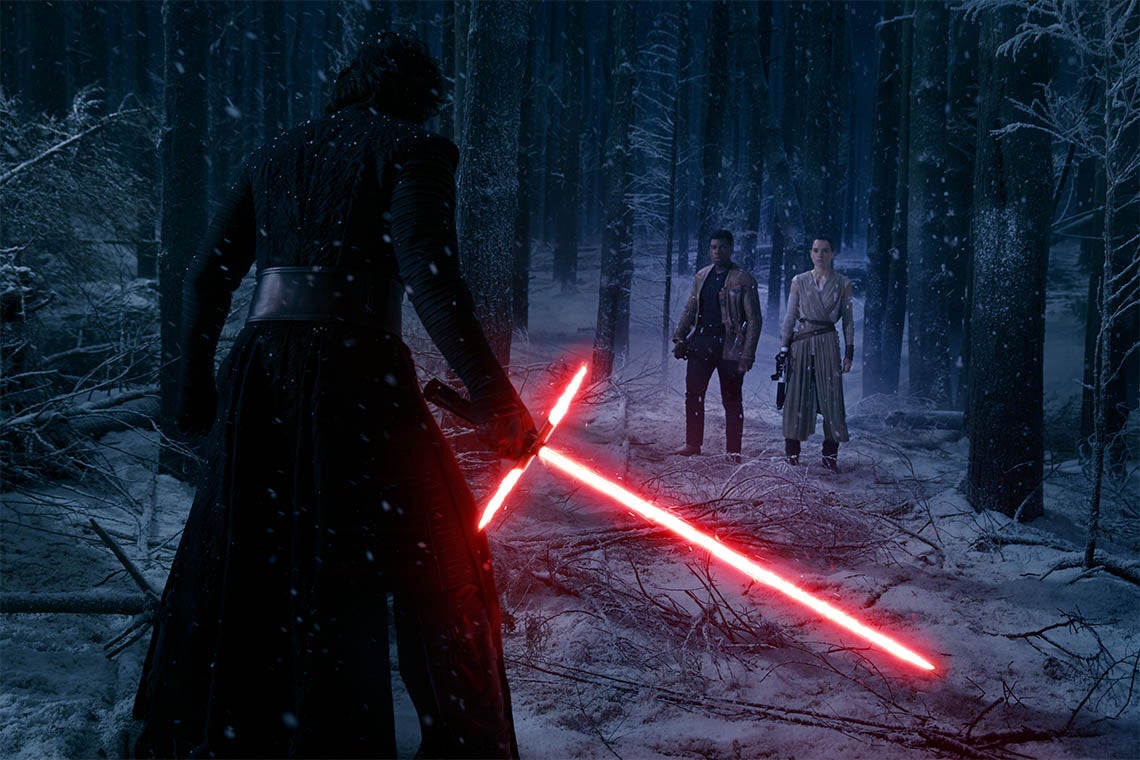 The Myth Awakens: Canon, Conservatism, and Fan Reception of Star Wars features nine essays by religion scholars who explore the idea of myth in the 2016 film Star Wars: The Force Awakens (image via Lucasarts)

In a galaxy not so far away, religion scholars have taken a closer look at the story of Star Wars.

The Myth Awakens: Canon, Conservatism, and Fan Reception of Star Wars is a new collection of essays that examines the Star Wars film franchise through the lens of theology and myth.

“I’m interested in how things that we don’t think of as specifically religious are very like religions,” says Ken Derry, an associate professor, teaching stream in University of Toronto Mississauga’s department of historical studies who co-edited the book. “Some religious people pay very close attention to the word of God. You can draw a parallel with the scrutiny that some Star Wars fans apply to their reading of the films and other products. In their analyses, the authors reflect on fan responses to various elements of – and changes to – the Star Wars canon, including toys, video games, and novels, as well as several of the films through the critical lens of critical gender, race, psychology, politics, authority, music, ritual and memory.

Derry, who specializes in the history of religions, was co-chair of the American Academy of Religion’s religion, film and visual culture group and was planning for an upcoming conference when the first trailer for Star Wars Episode VII: The Force Awakens was released in late 2015.

“The trailers were out and there was already backlash from fans,” Derry remembers. “People were upset about a Black stormtrooper and that it appeared a woman might be the hero of the story.”

Derry, who often uses film and popular culture as a jumping-off point to discuss religion in his lectures, soon realized the newest installment in the film series would make great fodder for further discussion.

He says that it’s important to take the study of popular culture and films like the Star Wars saga seriously because it offers an opportunity to discuss subjects that are sometimes ignored by theologians.

“What we study impacts how we think about it,” he says. “Stepping away from sacred texts permits more creative thinking, more inclusion of groups who are often sidelined, including women and children, and encourages a more lateral and playful approach.

“The essays also use Star Wars to address questions about the academic study of religion itself. There’s a real advantage in academia to the notion of play. We shouldn’t take ourselves too seriously.”