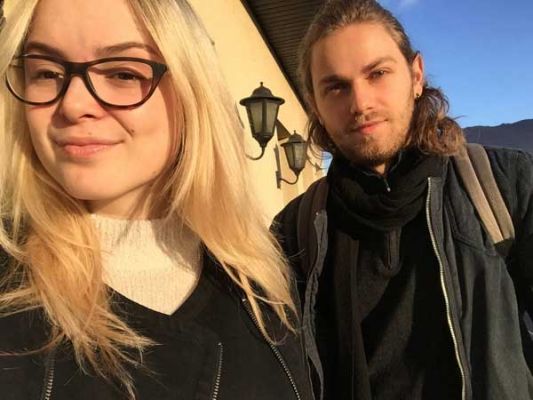 “One of our professors always says that geography is destiny,” says Jelena Djuric, pictured on the left with Silviu Kondan. All photos courtesy of Jelena Djuric.

While many of their fellow University of Toronto students hit the books during Reading Week, Jelena Djuric and Silviu Kondan hit the streets of Belgrade instead.

Djuric and Kondan, fourth-year students in peace, conflict and justice studies, spent ten days in Serbia learning about how various government agencies, grassroots organizations and non-governmental organizations (NGOs) are working together and handling the migrants and refugees streaming through the country en route to Western Europe. Their research project was funded by the Dean’s Student Initiatives Fund in the Faculty of Arts & Science and overseen by Professor Christina Kramer of slavic languages and literatures.

“One of our professors always says that geography is destiny,” Djuric said. “This part of the world is between Western Europe and the Middle East, and we learned how they manage masses of people in a transit zone.”

The two undergraduates banded together to write a research proposal after Djuric saw a Facebook post by Kondan looking for others interested  in doing first-hand research during Reading Week. Both students have Serbian roots –  Djuric’s parents emigrated from Serbia to Canada, while Kondan was born in Serbia to Romanian parents –  so an interest in the region came naturally to them. 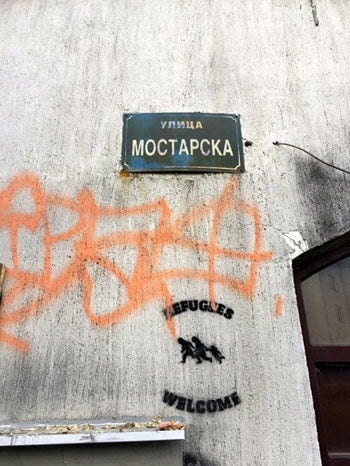 Before leaving for Belgrade, the pair also organized an online fundraising effort so they could help the refugees whose plight they were studying.

“We didn’t want to pursue our research empty-handed,” said Kondan. “We donated the money we raised to the Asylum Information Centre in Belgrade, where it was used to buy necessary food and clothing.”

Once in Belgrade, they found the situation for refugees from Syria, Afghanistan, and Iraq and elsewhere was changing daily.

“Serbia is a transit zone and people were supposed to continue on from there, but because of constantly changing policies people were getting stuck in legal limbo,” Kondan said.

Djuric said the staff from aid organizations were coping with shifting circumstances as best they could. “We heard a lot of the same narrative from different organizations,” she said. “There was a domino effect. If something happened in Germany, it would affect Austria, then Central Europe, then Eastern Europe, then Turkey – or the other way around.

“A couple of days before we returned to Canada, there were intensive Russian airstrikes in Syria, so people began fleeing to Turkey. The humanitarian organizations work in a very hectic environment and they are always developing a variety of contingency plans. They need to work quickly and be responsive when they find out that three boats of refugees just landed in Greece and will be heading their way.”

Communication about the latest developments happened so quickly that official channels couldn’t keep up. Workers used text messages and apps to keep each other informed of changes.

“During the middle of one of our interviews, the woman we were meeting got a text telling her one of the borders had just closed,” Djuric said. “Nothing official was sent. She heard it from one of her colleagues.

“The grassroots organizations said the crisis is pushing their limits and capacity, but it is also bringing them new energy and skills and connections that will be helpful in the future.”

Both Djuric and Kondan said their university coursework was relevant to their research, but agreed that theoretical knowledge could only take them so far.

“We have a rich body of academic literature to consult, which is valuable, but what you see on the ground is how the work by individuals shapes the destinies of the migrants,” Djuric said.

The two students are finishing a paper about their experience, and they will be presenting it at the University of Pittsburgh’s Europe East and West Undergraduate Research Symposium, an opportunity they sought for themselves.

“This was an amazing opportunity to see how organizations work during a crisis as it is unfolding,” Djuric said. “We were exhausted by the end of each day, but we gained more than we lost.”