Behind the scenes at Rio: meet the U of T physiotherapist helping Team Canada at the Olympics 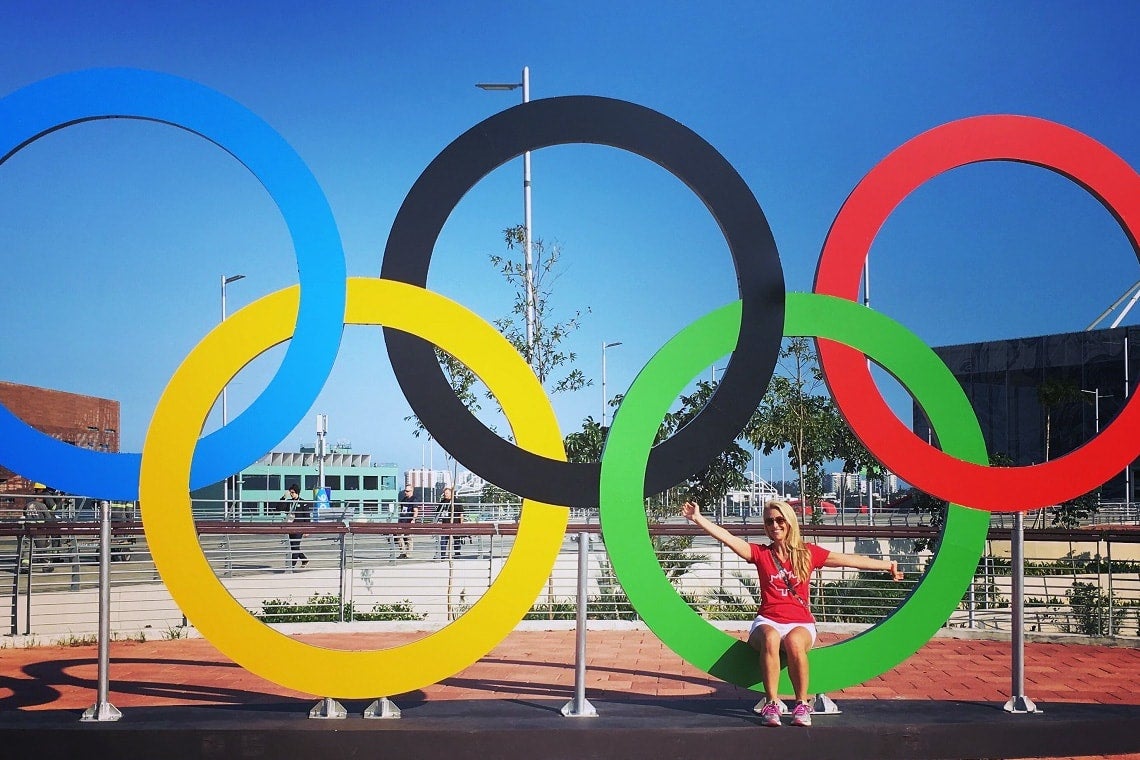 As the 2016 Summer Olympics in Rio, Brazil kicks off this week, U of T's Dinah Hampson will be there with Team Canada as part of their Health Sciences Team.

Faculty of Medicine writer Julia Soudat spoke with her about sport physio, potential challenges in Rio and the excitement inside the Athletes' Village. And about how someone who “detested biomechanics” as a student, found her calling as a department of physical therapy lecturer and sport physiotherapist

What will you be doing in your role on the Health Sciences Team for Team Canada?

I will be providing physiotherapy services to athletes and Canadian team members in Tae Kwon Do, sailing, canoeing, kayaking and fencing. Along with this, my role is to do what needs doing — sometimes this means unloading buses, moving furniture or even folding socks. A Canadian Olympic clinic will be set up, where I will be spending my time when I’m not at specific sport venues.

What is your area of research and work in physical therapy?

My clinical practice is based out of a multidisciplinary clinic in Toronto and is orthopaedic in nature. I see a lot of youth athletes, dancers and artistic performers. I’m most interested in foot and ankle mechanics. This is always entertaining to me because I detested biomechanics at U of T. However, I loved anatomy and with professional maturity and education, I realized that it’s the specific joint mechanics that I really love to examine. The anatomical relationship of the bones and soft tissues become exciting when you look at what they have to do to create functional movement resulting in a performance skill. Watching sports with me can be a little annoying because I tend to comment on alignment and movement pattern as well as cheering on the athletes.

What got you interested in sports/sports physio? Are you an athlete yourself?

Truth be told, I stunk at all sports growing up. I loved ballet and thought I would be a ballerina so all my time was spent with my legs in external rotation. This made running sports difficult and being five feet three inches tall knocked me out of most vertically challenging sports. I did have a short interlude in springboard diving which fit well with my physical facility — I just had to learn how to land on my head! At some point I decided that science won over sports and I went to university, where physio seemed to be a good fit.

I remember vividly walking into a Sport Physio class at U of T and listening to a young, energetic professor talk about the role of physio in sport, her stories and personal experience. I was so inspired that I began telling people I’d decided to go to the Olympics. I’m pretty sure they all thought I was crazy but I still get goosebumps when I tell this story and I will probably shake my head a few times in Rio when I realize I’ve actually made my dream a reality. 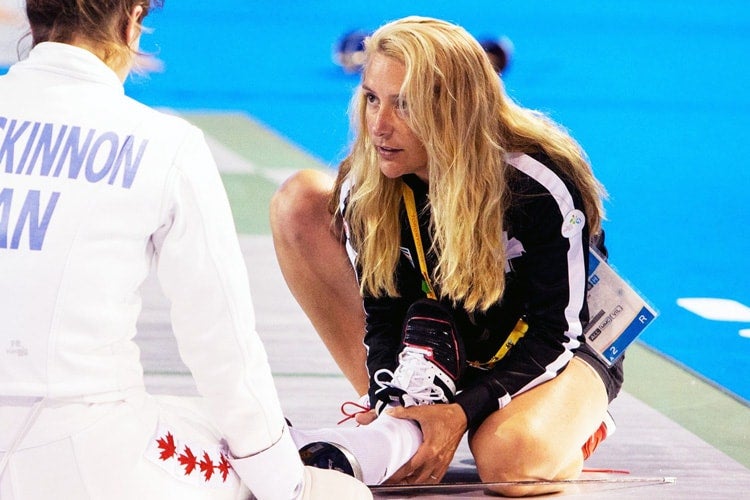 How did you get involved in the Olympics?

My first significant involvement with the Canadian Olympic team happened in 2010 when I interviewed for a position for the inaugural Youth Olympic Games in 2010. I was offered a spot on the Health and Science team. By this time, I had been involved in sport physio for 15 years, done endless local, provincial, national events, international single sport events and the 2008 Paralympic games in Beijing. Although I was part of a medical team of three for 62 athletes and 30 staff, we managed everything and what we experienced was truly special.

What are you looking most forward to when it comes to the Olympics?

It’s an indescribable moment when an athlete has a successful event, the Canadian flag is raised and the Canadian national anthem is played.   So that is a given.  However, in between those successes, I really look forward to eating in the Athlete’s Village dining hall. The dining hall is in the inner workings of Olympic life, away from media and competition. It is 10,000 athletes from around the world, sitting and enjoying a meal at the same time in the same place. You can look around and see uniforms from all over the world — people of every race, religion, and culture come together to share in the joy of sport. I can’t think of many things that match this on the “cool” factor list.

I’m not sure I have a favourite Olympic sport. It may sound trite but all the sports are exciting and the passion of the athletes is intoxicating. If I could go see anything, I’d love to watch tennis. There’s something about one-on-one competition at the bottom of a sweltering bowl filled with hushed excitement that I find exhilarating. Being a sport physiotherapist means there’s a lot of volunteer time spent on the side of a field, gym, court or rink — which often means having the best seat in the house!