Beauty in the everyday: author and U of T alumna Kyo Maclear writes about birding 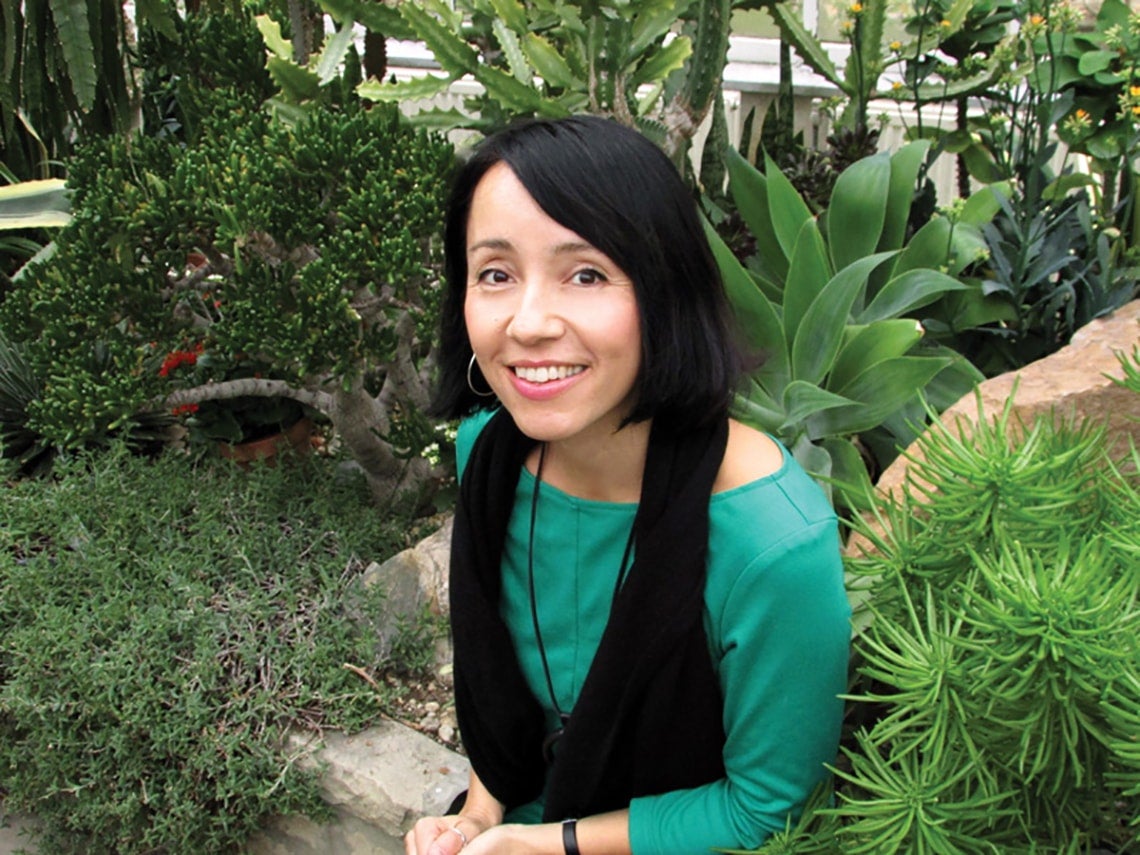 Author Kyo Maclear identifies herself as an amateur birder. She writes about birding in the city and how it helped her get through a difficult year (photo by David Wall)

Birders often speak of a “spark bird” – the one that hooks you on birding, and never lets go.

For author Kyo Maclear, a U of T alumna, there were two: the exotic magnolia warbler – the yellow-streaked songster who migrates north from South America – and the more modest house sparrow, ubiquitous on Toronto’s streetscape and in its skies.

It is finding the beauty in the everyday and urbane that Maclear captures so well in her new book, Birds Art Life, equal parts memoir, sketchbook and meditations arising from birding in the city.

The book centres on one year in Maclear’s life: a devastating one in which she watches her father – an award-winning war reporter – lose his independence and dignity after suffering two strokes.

An only child with two young boys, Maclear struggles to care for two generations of loved ones. She needs an outlet to help her breathe and recalibrate. A new friend with a passion for birding takes her on outings, introducing her to chimney swifts in High Park, trumpet swans at a local marina, red-necked grebes at Humber Bay.

“Just walking around the city with him made me discover that every shrub and tree had a whole sub-world of birds that I’d never known about,” she says.

The passion for winged creatures does, indeed, run deep among writers: Sylvia Plath had her beekeeping, Nabokov his butterflies, Jonathan Franzen writes feverishly about his birds.

While Maclear identifies as an amateur birder, the passion she feels for them begins to fuel her work.

“For me, having a bit of a routine where you make space and hold a space for beauty or for creativity is so important. And birding gave me the oxygen and psychic spaciousness needed to get through a creative rut,” says Maclear, the author of such children’s books as Virginia Wolf.

Maclear’s love of all things literary and artistic was writ large during her days at U of T. While pursuing a BA in fine art and art history through University College (and later a master's from OISE), she wrote about art, dance and theatre and drew illustrations for the Varsity.

She and a group of friends – including now well-known activist Naomi Klein – created Free School at UC, an open-format classroom where speakers talked about everything from ecology to the anti-apartheid movement as students sat in a circle and let the conversation flow.

“That give-and-take, to me, is the DNA of learning,” says Maclear.

Today, Maclear is writing another children’s book and working on her PhD at York University.

The birding remains, and she’s grateful that it helped her see beyond Toronto’s concrete: “I didn’t notice the rhythms of the city and the whole understory that was happening,” says Maclear of her pre-­birding days.

“I could see the permanent infrastructure of buildings, but I didn’t notice how much was transient – the seasonal, annual story that happens where certain birds vanish and then others appear. There’s a sense of rhythm that’s very analog and human.”