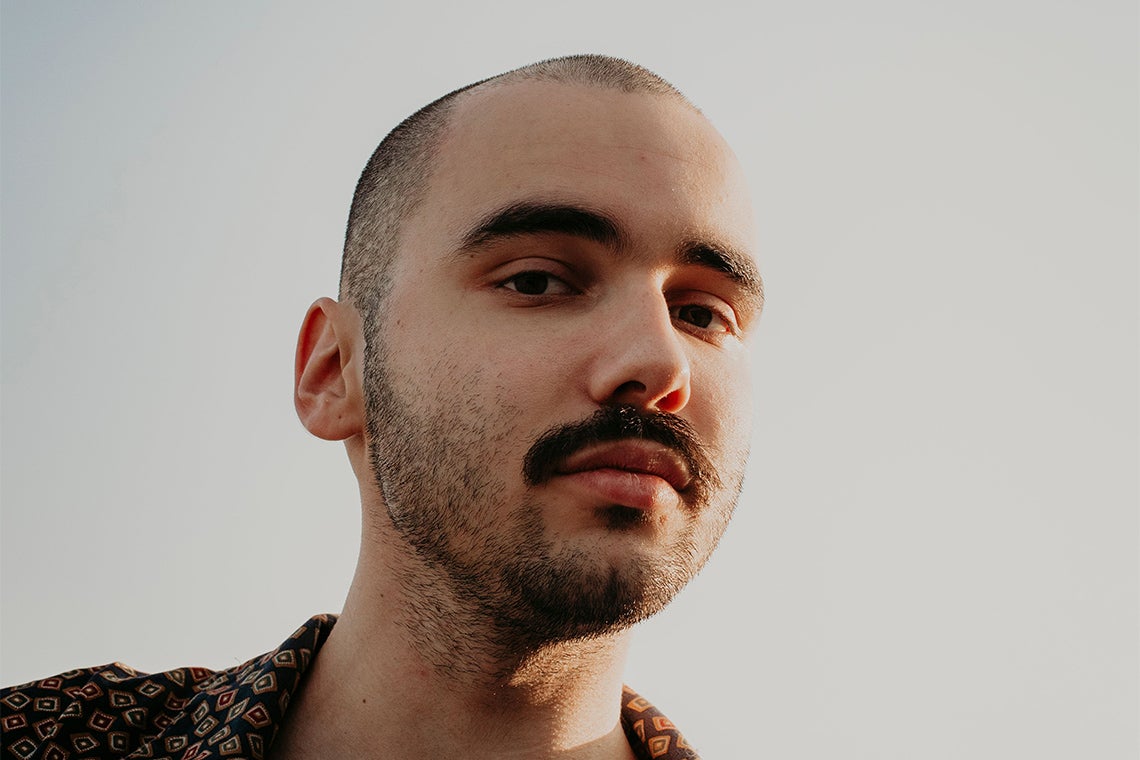 Cody Caetano won the 2020 Indigenous Voices Award for best unpublished prose in English for excerpts from his debut memoir Half-Bads in White Regalia, which will hit bookstores in spring 2022 (photo by Kris Caetano)

The University of Toronto alumnus from the Faculty of Arts & Science recently won the 2020 Indigenous Voices Award for best unpublished prose in English for excerpts from Half-Bads in White Regalia. The news comes shortly after a seven-bid auction for the memoir’s publishing rights, which were acquired by Penguin Canada’s Hamish Hamilton imprint.

As an undergraduate student, Caetano double majored in English and professional writing and communication, earning his honours bachelor of arts degree from U of T Mississauga in 2017. He graduated from U of T’s Master of Arts in English in the Field of Creative Writing program in 2019.

Caetano is a writer, editor and teacher of Anishinaabe and Portuguese descent. He is an enrolled member of Pinaymootang First Nation and lives in Toronto. In 2019, his short collection of poems called Pleasure Dome Poems was published by Knife Fork Book under their BIPOC/Queer imprint, and his work has appeared in publications such as PRISM International and The Hart House Review. He’s also the former editor-in-chief of UTM Mindwaves: The Professional Writing & Communication’s Creative Non-Fiction Journal. Caetano is currently working on his second memoir, The Cancelling of Captain Pleasure Dome. 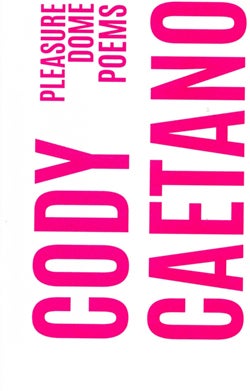 Congratulations on winning an Indigenous Voices Award! What was your reaction when you heard the news?

I found out during the live stream on TV. Even though I saw that I had won, it didn’t hit me until an hour or two later. There is this conspiracy theory I’ve hung onto forever that winners are told in advance, but it was such an honour to be wrong. Many of the jurors and nominees are some of my favourite writers, so it feels like I am on the right path if I am getting recognized by and amongst them.

What inspired you to write Half-Bads in White Regalia?

It feels more honest to say that Half-Bads in White Regalia inspired the writing, rather than the other way around. It began one night when I was 16 and up late like always. I was about to finish reading The Glass Castle. After the last page, I pulled out my journal to write down my intentions for “The Story,” which developed over the course of nine years before it became Half-Bads in White Regalia.

While my intentions have certainly popcorned over the last nine years, the kernels remain the same: to write a book for my generation of readers and writers – something that makes my family proud.

There was a seven-bid auction for your memoir's publishing rights. How did it feel to know there was so much interest in your book?

It makes me feel fortunate more than anything else. My agent called me the next day and told me it was the first time she had received an intent to offer on a submission in 24 hours. There were so many kind editors and publishers we spoke with, so it was hard to pick, but I'm so happy I went with David Ross at Hamish Hamilton. He just sent me the first round of edits and they are fantastic. He is getting me excited about my writing in brand new ways.

What drew you to the creative writing master's program at U of T, and how was your experience in the program?

I had first bookmarked the program's landing page on a whim in the summer of 2014, and had dreamt about getting in until I was admitted in the spring of 2017. Mind you, 2014 was just three years after I wrote that journal entry, and, by 2016, I had done enough writing during my undergraduate workshops to submit my application. I didn't have strong marks or an English specialist degree, but I had "The Story," which I never stopped brainstorming about.

In terms of my experience, it was nothing short of transformative. I got to hone my chops teaching and facilitating writing workshops, join a robust community of writers in Toronto, serve as an editor for Echolocation Magazine, publish a chapbook, run a circuit of readings and experience being a mentee with the one and only Lee Maracle, amongst countless other joys. The program and the faculty are so supportive and caring, and I met some of my best friends during it. I'll be talking about my experiences for a while, and I highly recommend it. The time in the program still feels like a dream.

Can you tell us about The Cancelling of Captain Pleasure Dome? Does the process of writing a second memoir differ from writing the first?

What advice would you give to aspiring writers?