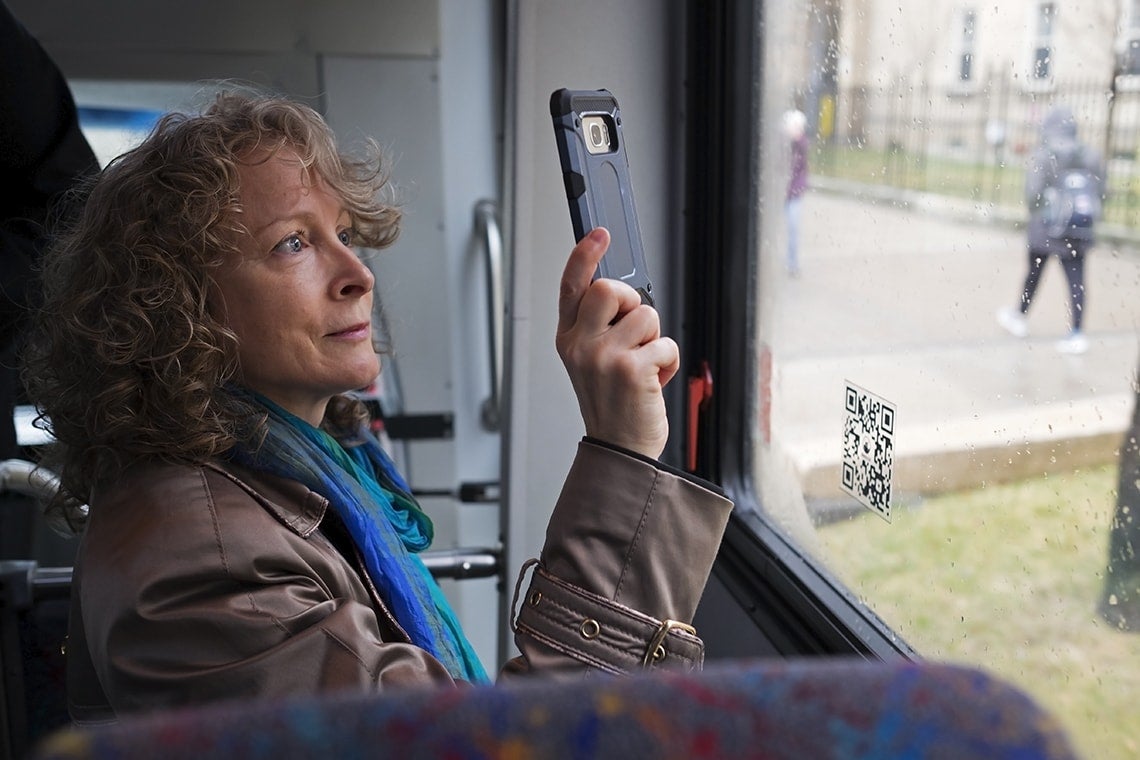 All aboard the magic school bus.

Nima Yasrebi, a recent U of T grad, welcomed a dozen people onto a bus Friday to give them a tour of the university's downtown Toronto campus unlike any other.

With their smartphones pointed at the windows, the passengers were able to use an app developed by Yasrebi, who has a master’s in electrical and computer engineering, to see images and infographics overlaying Innis College, Convocation Hall and other campus landmarks.

Yasrebi's startup ARnocular – which was supported by U of T's Department of Computer Science Innovation Lab (DCSIL) and the science-oriented business incubator The Impact Centre – is in talks to design versions of the app for an international tour bus company in Berlin and other European cities, he said.

A Facebook video from ARnocular demonstrating the startup's augmented-reality app.

The app uses augmented-reality technology similar to that of Pokémon GO to add a new dimension to a guided tour.

“Basically (users) get more layers of history on their tour, the names of the places they're passing by, information about how the neighbourhoods have evolved,” he said.

“Eventually we hope to take this all the way to showing 3D models of dishes from restaurants that they're passing by,” he added. 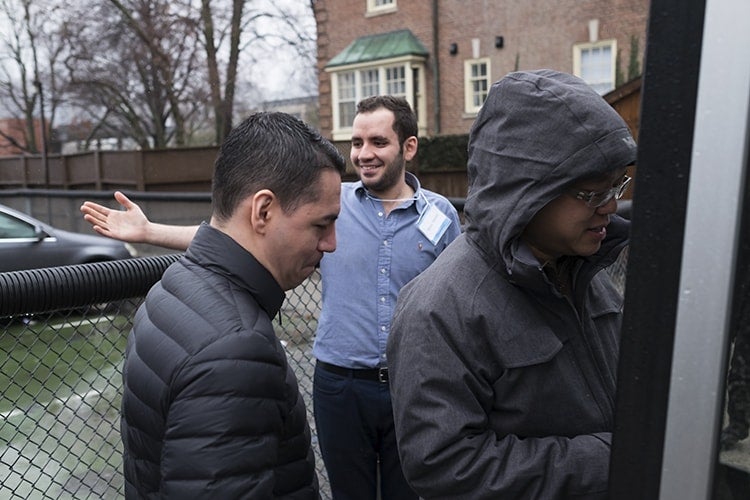 The idea for the app came to Yasrebi a few years ago on an overnight flight from Boston to San Francisco. He saw clusters of glittering buildings thousands of feet below but wasn't able to identify them. Originally he thought of using AR technology in combination with drone cameras – but technical limitations led him to revise his plans.

“We brought the project down to earth,” he said.

The U of T bus tour, held on the last day of Entrepreneurship@UofT Week, left from the Goldring Centre for High Performance Sport, going up St. George Street, passing Robarts Library, east along Bloor Street, down Queens Park, and looping back via University College and Convocation Hall.

Passengers downloaded the app and were instructed to point their devices at QR code stickers inside the windows of the tour bus. 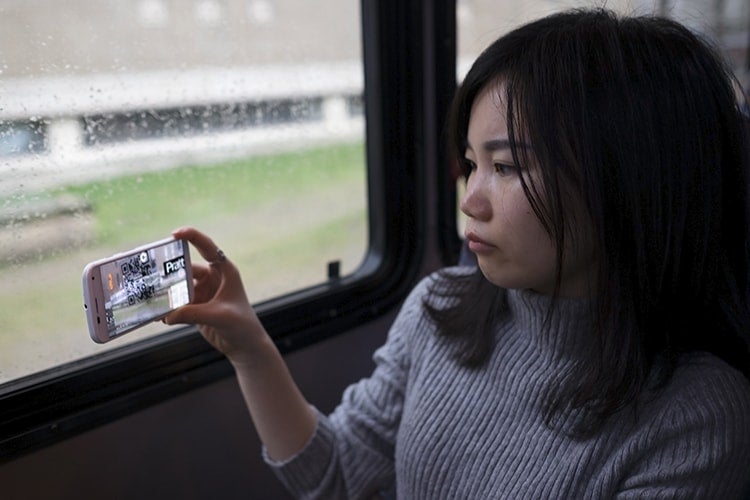 Helen Kontozopoulos, co-founder and co-director of DCSIL, acted as tour guide for the afternoon. DCSIL has been raising money for Arnocular to fine tune its application. "We're becoming more visual people," Kontozopoulos said. "This technology is taking us in that direction."

Lucie Lalumière, one of the testers on the bus, said she was impressed with the app.

“I think it has a lot of potential,” she said. “As a foundation, it's really good.”

The beta version was not without glitches, but it functioned better than Yasrebi had expected.

“I was playing FIFA soccer on Xbox yesterday, and it crashed. If FIFA crashes after many millions of dollars are spent on it, we can tolerate some bugs, too,” he said afterward.