Astronomers at U of T, other universities propose measures to reduce their carbon footprint 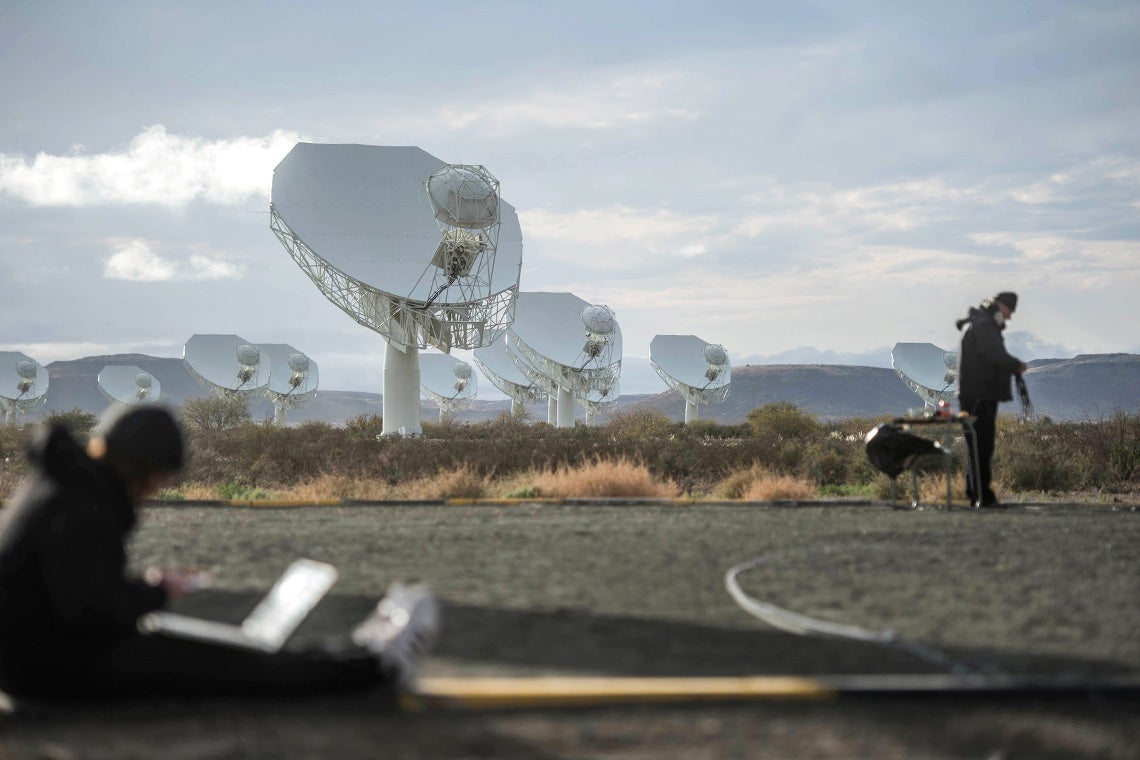 U of T's Chris Matzner is the lead author of a white paper that proposes, among other things, prioritizing international travel for early-career astronomers and adopting carbon offsets (photo by Mujahid Safodien/AFP via Getty Images)

In 1960, long before his acclaimed book and television series Cosmos, the astronomer Carl Sagan determined that the inferno-like temperatures on Venus were the result of an atmosphere composed almost entirely of carbon dioxide. The gas had turned Venus into a greenhouse, trapping the sun’s energy and raising the planet’s surface temperature to above the melting point of lead.

Carbon dioxide is also having a significant effect on our planet. Since the industrial revolution, the level of carbon dioxide in our atmosphere has risen drastically and is driving a greenhouse effect.

“Like Sagan, astronomers today study planetary atmospheres and think about whether planets have the right conditions for life,” says Chris Matzner, a professor in the Faculty of Arts & Science’s David A. Dunlap department of astronomy and astrophysics. “We understand the physics of global warming and our current climate crisis.”

It should come as no surprise, then, that Matzner – along with astronomers from U of T’s Faculty of Arts & Science and other Canadian institutions – has recently published a white paper that examines the carbon footprint of astronomical research and recommends ways of reducing it.

“Climate change has become an unparalleled crisis,” says Matzner, lead author of the paper. “It poses serious consequences for life on our planet. Our oceans are acidifying, extreme weather events are becoming more frequent, food and water insecurity is increasingly threatening the most vulnerable. The only responsible thing to do is to enact, in one’s professional life, the changes that we as a society have committed to.”

The paper, titled “Astronomy in a Low-Carbon Future,” was written for inclusion in the Canadian astronomical community’s long-range plan that identifies its priorities for the next 10 years. U of T authors include astronomers from the David A. Dunlap department of astronomy and astrophysics, the Dunlap Institute for Astronomy & Astrophysics and the Canadian Institute for Theoretical Astrophysics (CITA). Other authors are from McGill University, Université de Montreal, St. Mary’s University, the National Research Council’s Herzberg Astronomy and Astrophysics Research Centre and the Universities of Alberta, New Brunswick and Waterloo.

Among many issues discussed in the white paper is the impact of air travel, which is a major contributor to the global climate crisis. Astronomers fly frequently to observatories around the globe, including remote locations like Antarctica. They also fly to give talks and work with collaborators and to attend conferences, workshops and meetings.

Matzner and his co-authors propose multiple strategies to reduce astronomy’s travel-generated carbon footprint. They recommend replacing non-essential air travel with remote participation, ground travel or extended stays that encompass multiple events. They recommend prioritizing air travel for early-career astronomers over scientists with established careers because networking and in-person collaboration can be critical for young researchers. And when air travel is unavoidable, the resulting carbon produced should be offset 100 per cent. For example, Matzner and his Dunlap Institute colleagues have instituted a carbon offset pilot program in their own departments.

They argue that when hiring and promoting, institutions should put less emphasis on the overall number of presentations an individual may have given at international institutions – a practice that entails an abundance of travel – and more value on a smaller number of high-impact presentations, as well as written research contributions. Similarly, the authors urge agencies and governments to treat climate-mitigation costs as legitimate research expenses, allowing grants to cover the potentially higher costs of ground transportation or carbon offsets.

The authors also examine how the infrastructure of astronomical research comes with an environmental price tag, writing that “telescopes, buildings and computing facilities must also be counted toward our climate impact.”

For example, when it is completed, the Square Kilometre Array (SKA) will be the largest radio telescope array ever built, comprising thousands of radio antennas and dishes in South Africa and Australia. The authors point out that the supercomputer built to collect and process the enormous amounts of data generated will require as much electricity as 1,080 average homes.

Matzner and his co-authors also recognize the role that astronomers as scientists, educators and communicators have to play in informing the public about the climate crisis. Not only do they understand the physics, they have the opportunity to reach the public through outreach events, the media and even introductory astronomy courses which, the authors point out, are often the only science course that many undergraduate students take.

It’s a role not unlike the one Sagan played throughout his life by educating the public about our unique place in the cosmos and the fragility of the planet.

“Our lovely blue planet, the Earth, is the only home we know,” Sagan wrote in Cosmos. “Venus is too hot. Mars is too cold. But the Earth is just right, a heaven for humans.”