From asbestos to exhaust, U of T alumnus mitigates environmental health threats for Canada's soldiers 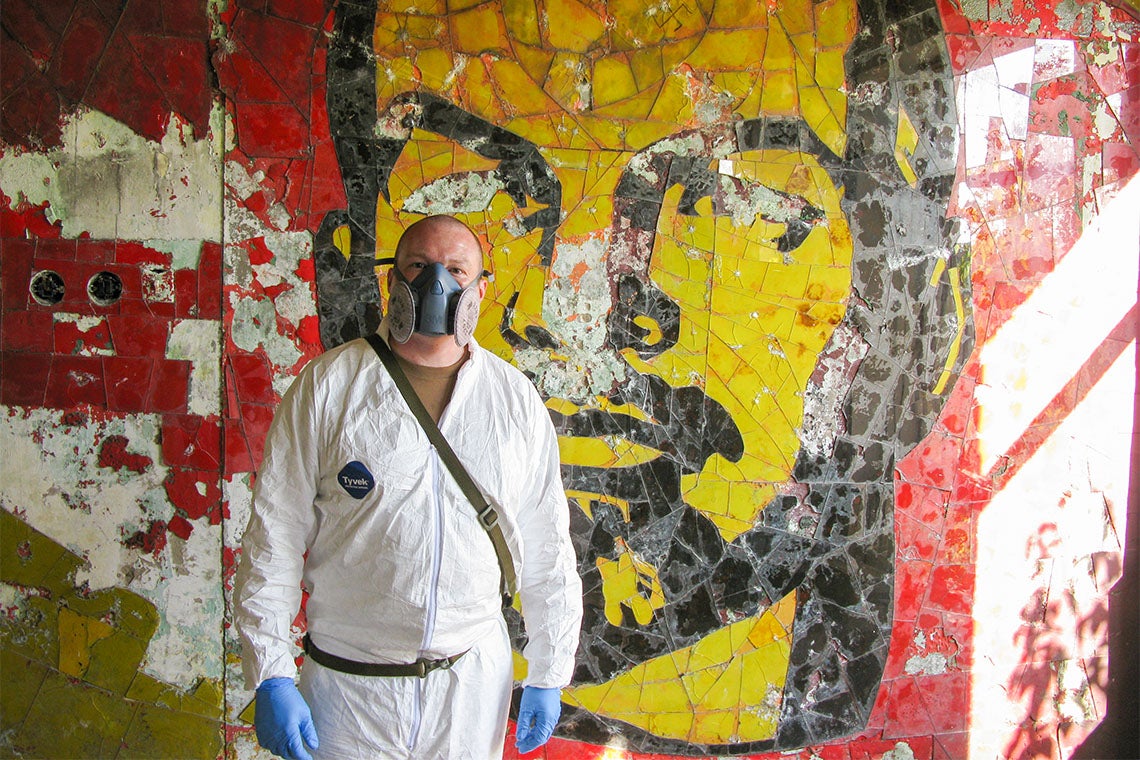 An alumnus of U of T's Dalla Lana School of Public Health, Maj. Gary Johnston protects soldiers from environmental health risks in his role as a bioscience officer in the Canadian Armed Forces (photo courtesy of Gary Johnston)

For the first time in his 30 years with the Canadian Armed Forces, Maj. Gary Johnston will be remembering Canada’s war dead by watching a ceremony on TV.

“I don’t think I’ve really come to terms with it yet,” says Johnston, a bioscience officer with the Department of National Defence, who holds a Master of Public Health in Occupational and Environmental Health from the Dalla Lana School of Public Health at the University of Toronto.

“Just because of COVID, I’ll be at home. But I hope everyone takes the opportunity on the 11th minute of the 11th hour to remember, for your own personal reasons, the sacrifices Canadians have made.”

For Johnston, who served in Afghanistan, South Sudan and other dangerous places, sacrifice isn’t an abstract emotion. Today, he’s thinking of high school friend Myles Mansell, who was killed in Afghanistan in 2006. Growing up in Victoria, B.C., Johnston remembers goofing around with Myles as part of the stage crew in his high school’s theatre production. They both joined the Forces right after high school, with Johnston starting as an infantryman in the Canadian Scottish Regiment and Mansell as an artilleryman in the 5th Field Artillery Regiment.

“Growing up, a veteran was always someone from an older generation who landed on the beaches of Normandy or fought in Italy,” Johnston says. “But today we have veterans in their 20s. So for me, it’s also a time to remember our soldiers and allies right now serving in the Ukraine, Latvia and Mali. We have personnel around the world.”

He does more than remember.

Overseas, deployed soldiers can face environmental health risks from the water they drink to the air they breathe. Some parts of Afghanistan have high levels of asbestos in bedrock. Prolonged exposure to smoke from burning garbage, engine exhaust aboard frigates and reduced ventilation in submarines all require monitoring and mitigation. Even the task of assessing whether personnel have proper access to showers and toilets falls to Johnston and his team of environmental and occupational health specialists.

“When you think of conflict, you think of acute threats like bullets and bombs,” he says. “You don’t always think about chronic exposures to the dust in the air or smoke coming off garbage dumps or exposure to contaminated water or soil. These are all risks that soldiers face on a daily basis.”

In Latvia, Johnston visited Skrunda-1, an abandoned secret city used by the Soviets to watch for potential missile attacks during the Cold War. His team found asbestos in many of the building materials used in the construction of the city, including in the settled dust. As a result of his team’s findings, Canadian troops were advised to avoid using the site for training until it was properly remediated. 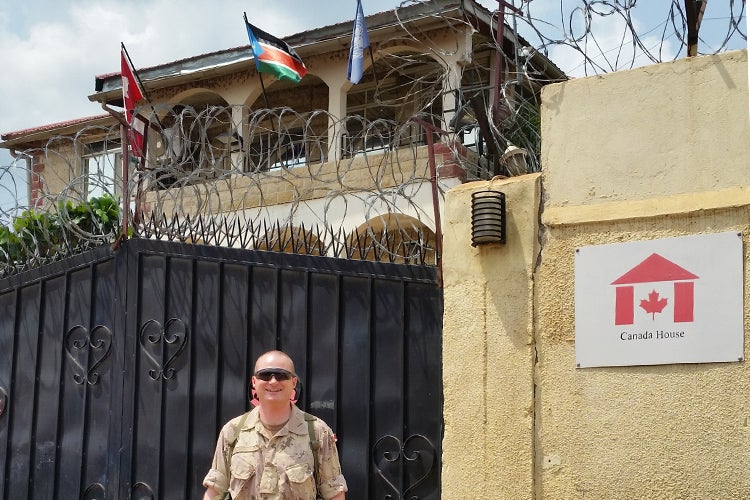 In 2016, when Canadian troops were working as UN observers to secure South Sudan, Johnston was caught in a civil war after the president tried to arrest his vice-president.  It later became known as the “Battle of Juba,” but most Canadians have probably never heard about what happened on the ground.

“We were trapped in theatre for a week trying to evacuate,” he recalls. “There were heavily armed patrols going door to door in the capital, while two helicopter gunships made attack runs over one of the opposition-controlled neighbourhoods. It was pretty scary for a few days. But we still had a mission to do. We finished collecting our samples as best we could, but we were only allowed to depart the country with a backpack each, so we packed the air samples and left all of our bulky soil and water samples behind.”

As a bioscience officer, it’s not surprising that Johnston now works on COVID-19 issues, helping to adjust conditions for Canadian Armed Forces members to avoid spread of the virus. In mid-March, shortly after delivering his yearly guest lecture at the Dalla Lana School of Public Health for former professor James Scott, Johnston received his first assignment: He was tasked with augmenting the military’s medical intelligence team, helping the Department of National Defence understand the countries at greatest risk of political instability due to the virus.

Johnston has deep family ties to the Forces. His father and grandfather were both career Navy men. His sister is currently serving in the Navy and his nephew is a naval veteran.

“I take a lot of pride in it – when the country has called, my family has always answered and served,” he says. “It’s given me a lot of opportunities, like being able to go to U of T for my post-grad, to see the world and to work with a lot of extremely dedicated and passionate soldiers, sailors and air men and women. I’ve always really enjoyed it and I couldn’t imagine doing anything else.”