Artificial intelligence at U of T: new algorithm learns directly from human instruction 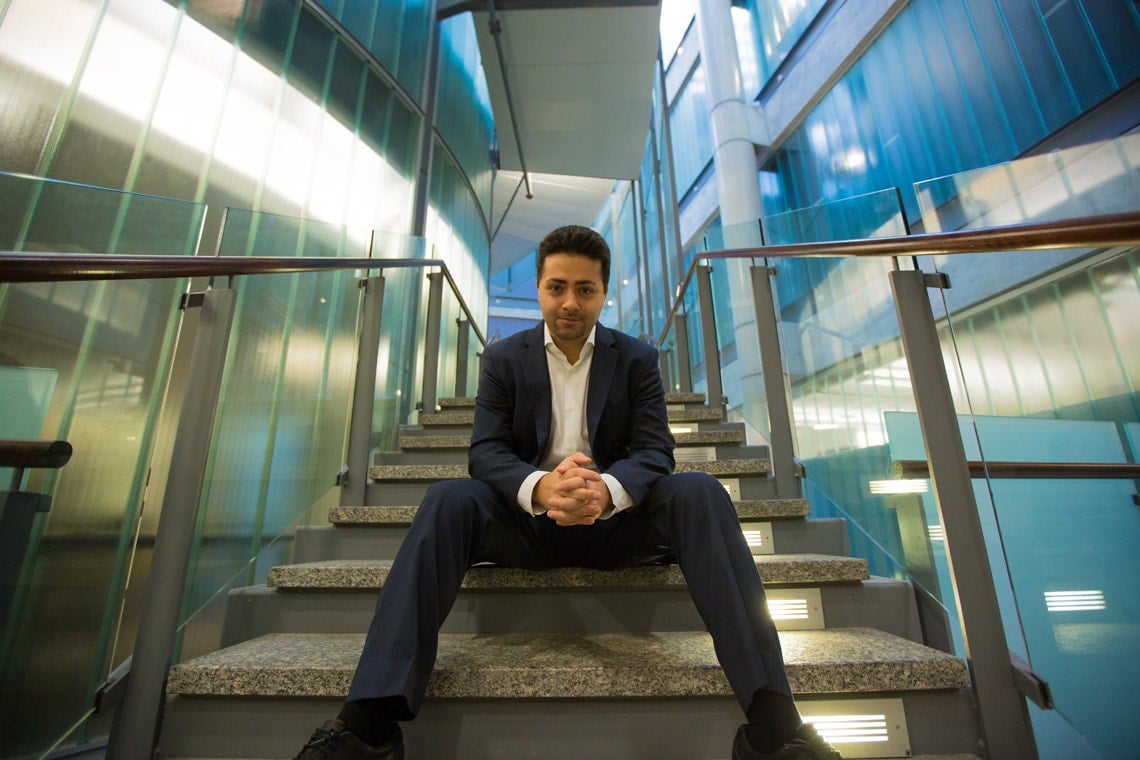 Your smartphone may soon be able to give you an honest answer, thanks to a new machine learning algorithm designed by U of T Engineering researchers Parham Aarabi and Wenzhi Guo.

The team designed an algorithm that learns directly from human instruction, rather than an existing set of examples, and outperformed conventional methods of training neural networks by 160 per cent. More surprisingly, the algorithm also outperformed its own training by nine per cent – it learned to recognize hair in pictures with greater reliability than that enabled by the training, marking a significant leap forward for artificial intelligence.

Aarabi and Guo trained their algorithm to identify people’s hair in photographs – a much more challenging task for computers than it is for humans.

“Our algorithm learned to correctly classify difficult, borderline cases – distinguishing the texture of hair versus the texture of the background,” says Aarabi. “What we saw was like a teacher instructing a child, and the child learning beyond what the teacher taught her initially.”

Humans “teach” neural networks – computer networks that learn dynamically – by providing a set of labelled data and asking the neural network to make decisions based on the samples it’s seen. For example, you could train a neural network to identify sky in a photograph by showing it hundreds of pictures with the sky labelled.

This algorithm is different: it learns directly from human trainers. With this model, called heuristic training, humans provide direct instructions that are used to preclassify training samples rather than a set of fixed examples. Trainers program the algorithm with guidelines such as “Sky is likely to be varying shades of blue,” and “Pixels near the top of the image are more likely to be sky than pixels at the bottom.”

Their work is published in the journal IEEE Transactions on Neural Networks and Learning Systems.

This heuristic training approach holds considerable promise for addressing one of the biggest challenges for neural networks: making correct classifications of previously unknown or unlabelled data. This is crucial for applying machine learning to new situations such as correctly identifying cancerous tissues for medical diagnostics or classifying all the objects surrounding and approaching a self-driving car.

“Applying heuristic training to hair segmentation is just a start,” says Guo. “We’re keen to apply our method to other fields and a range of applications, from medicine to transportation.”