'Like an arms race': U of T researchers study impact of household water pumps on Delhi's water system 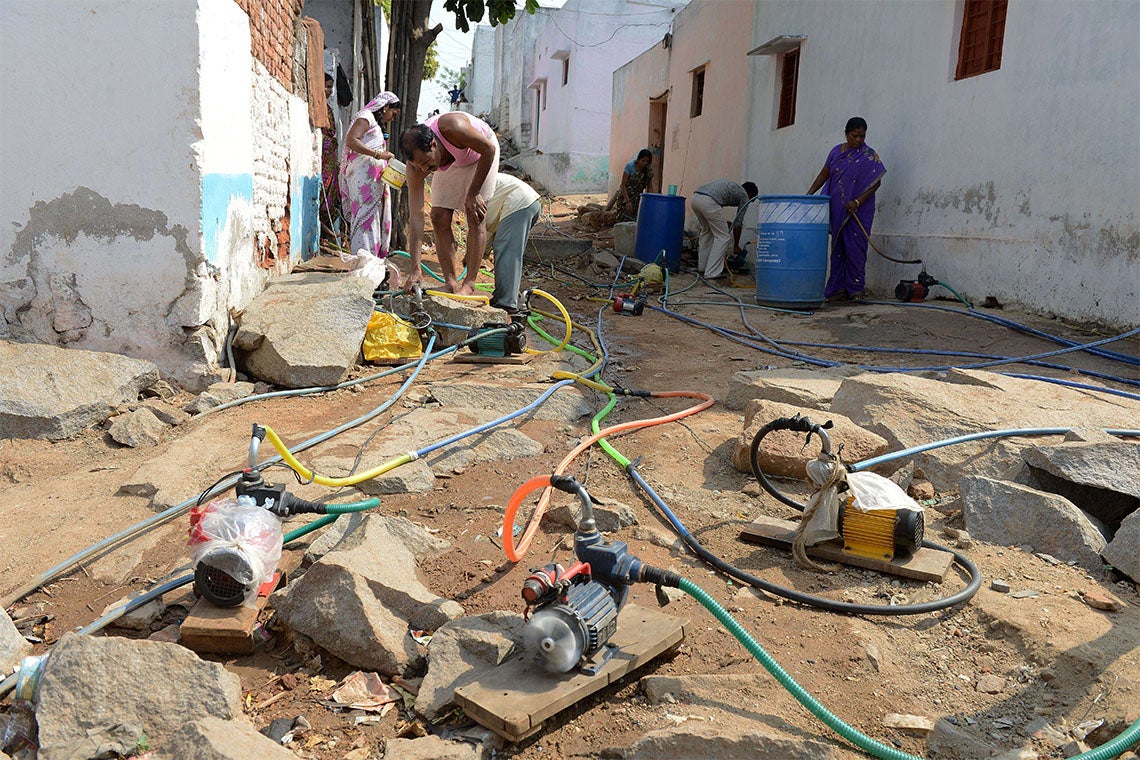 With utilities in countries such as India running water infrastructure intermittently to minimize water lost to leaky pipes, many residents use pumps to draw as much water as they can when it is available (photo by Noah Seelam/AFP via Getty Images)

Utility operators generally frown on household water pumps – in many places they have been made illegal – but their use remains a quirky fixture of many urban water systems around the world.

With utilities in countries such as India running infrastructure intermittently to minimize water lost to leaky pipes, many residents have turned to household pumps to draw as much water as they can when it is available – wreaking havoc on the system and leaving less water for residents who don’t pump.

Now, a new study authored by the University of Toronto’s David Meyer, an assistant professor of civil and mineral engineering in the Faculty of Applied Science & Engineering, looks at how these pumps affect water quality amid concerns that they can draw in impurities. 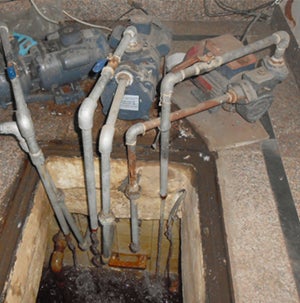 In many areas of Delhi, India, households use water pumps like these to pull water out of the pipes faster than it would otherwise flow from their local utility (photo by David Meyer)

“Because the use of these pumps is often illegal, they haven’t been well studied,” says Meyer. “But this is not a problem that’s going away. I estimate that there are probably 250 million people around the world that drink water that is pulled out of water pipe systems by these pumps.”

“It’s a bit like an arms race. If the water delivered to you is at low pressure and comes out slowly, a pump connected directly to the city’s system will pull the water out faster. But that lowers the pressure for everyone else around you, which drives them to buy pumps too.”

The study, recently published in the journal Water Research X, was carried out in Delhi, India. Meyer says that in parts of that city, it’s possible to tell when the water system is about to be activated simply by listening for the humming sound produced by hundreds of household water pumps switching on.

All these pumps pulling on the pipes creates negative pressure in the system, which in turn leads to other issues. One is that people who don’t have pumps often can’t get any water even when the system is turned on. Another is that the negative pressure can suck dirt, sewage or other pollutants into the water system, contaminating the supply.

“When I started this project, officials at the local water utility told me that these pumps were their number one problem – full stop,” says Meyer. “The public utility has claimed that 90 per cent of contamination issues can be traced to the use of these devices.” 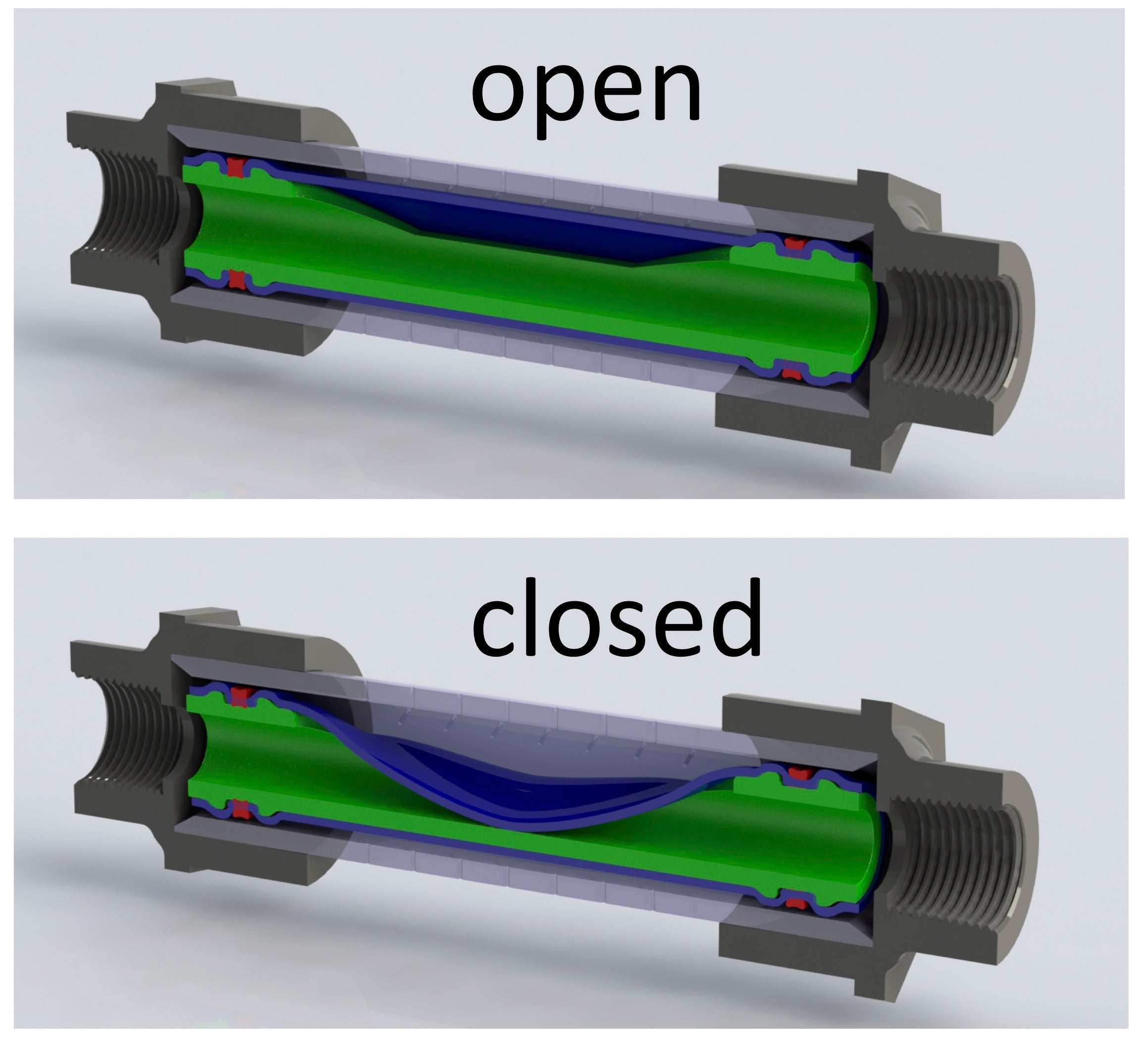 To test this, Meyer and his collaborators came up with a simple solution: a small, low-cost (less than $20) pressure control valve that can be fitted onto any pipe to neutralize the effect of downstream pumps.

“As the pump operates, the valve automatically collapses itself to restrict the flow and keep the overall pressure the same,” he says. “Once we had this intervention, it enabled us to do a controlled experiment to find out how exactly the pumps were affecting water quality, which was something that hadn’t been done before.”

Having a pump more than doubled the chances of finding a water sample with high turbidity, a measure of the water’s cloudiness that is sometimes associated with water quality concerns.

Yet, on average, the water quality varied ten times more from day to day and week to week than it did between the two neighbourhoods – likely due to what was happening in the rest of the system, according to Meyer.

A more substantial effect was found by studying the water pressure, which also affects water safety. The neighbourhood with pumps had an average water pressure that was between 20 per cent and 40 per cent lower, meaning a big loss for people without pumps.

The findings come with some caveats: the study involved only two neighbourhoods with a combined total of about 500 water connections. It also took place during the dry season – in the wet season there would have been more groundwater moving near the pipes that could potentially have carried contaminants.

“Increasing water pressure by neutralizing pumps is a good thing because it reduces the chance that contaminants can force their way into the pipes,” he says.

“On the other hand, we now know that, at least for this area and this time of year, pumps are not the main factor driving water quality issues. Rather than focusing on pumps, we can focus on other things, such as improving the overall system integrity through leak detection and increasing the hours per day of water supply.”

Meyer hopes that more studies like his will be done in the future.

“Given that 250 million people get their water using these devices, it’s astonishing to me that, until now, nobody had measured what they actually do,” he says. “I can’t say we’ve answered all the questions, but it’s an exciting first start. Now that we’re looking into this dramatically understudied feature of many water systems around the world, I hope others will start to pay more attention to it.”