Anger in the sky: U of T research shows air rage a product of class difference 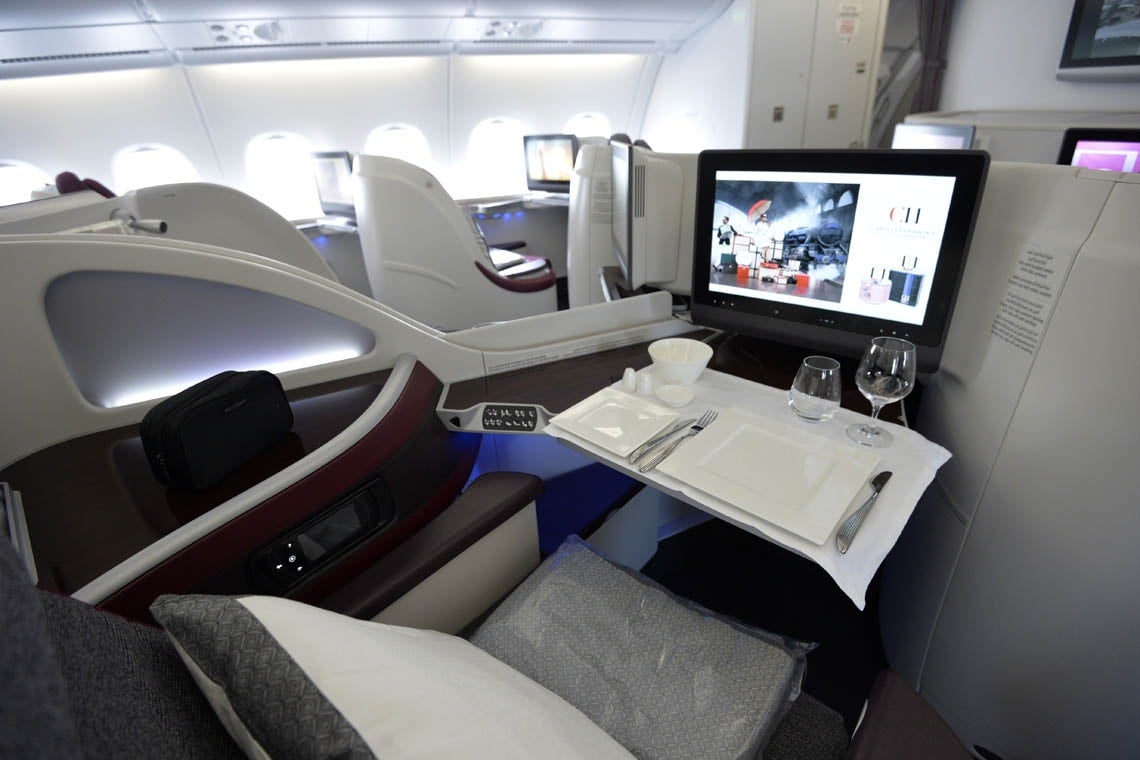 A Korean airline executive is jailed after she throws a handful of macadamia nuts at a flight attendant.

A flight from Rome to Chicago has to dump thousands of litres of fuel and land in Belfast after a passenger starts to act belligerently.

A passenger on a flight from Dubai to Birmingham, England, is arrested after he threatens a flight attendant, makes racist remarks and punches an inflight entertainment system.

These are just some of the thousands of incidents of air rage that occur every year. Now, a University of Toronto researcher and her Harvard colleague say they have discovered one of the major causes – and it’s not what you might think.

We blame air rage on long flight delays, shrinking seats and a general decline in civility. But the first empirical research study into the phenomenon pegs another culprit – class inequality – for the reason passengers lose it when taking to the so-called friendly skies. Katy DeCelles, an associate professor in organizational behaviour and human resource management at U of T’s Rotman School of Management, says that visible inequality between first class and economy class passengers is one of the leading causes of air rage – among both groups of travellers.

Air rage incidents are more likely when the plane has a first class cabin, says the study, co-written by Michael Norton of the Harvard Business School. The odds increase when economy passengers have to pass through first class to get to their seats, reinforcing the inequality.

Simply having a first-class compartment made an air rage incident nearly four times more likely, equivalent to the effect of a nine-hour flight delay, the study found. The bad behaviour was higher not only for economy passengers, but those in first class too.

Other factors such as crowdedness, alcohol consumption and long flights can contribute to disruptive incidents, says DeCelles, but her research found their impact was smaller than you might expect.

“I expected there to be more support for a lack of leg room as a contributor to air rage, given the attention that leg room has had – but there wasn't,” says DeCelles, who is also cross-appointed at U of T's Centre for Criminological Research.

Although the study did not delve into the reasons behind its findings, past research has identified that people tend to have poorer health, well-being and behavioural outcomes when they experience comparative deprivation or feel treated unequally or unfairly. This study contributes to the research by showing that even temporary experiences of inequality can have negative effects.

The study has made headlines here at home and around the world, in major news outlets and on social media.

DeCelles used a database of thousands of documented disruptive flight incidents over several years for a large international airline. The incidents were serious enough to be considered a threat to onboard safety, such as passengers refusing to sit down, yelling obscenities at a flight attendant or interfering with smoke sensors so they could sneak a cigarette. The majority of incidents involved belligerent behaviour or intoxication.

The results have implications for any physical environment where differences in class or status are apparent – such as a tiered stadium or a workplace where lower-level employees have to pass by executive offices to get to their cubicles. Meanwhile, airlines that want to consider how to reduce negative behaviour may want to think about ways to de-emphasize differences between passenger groups, such as using a dual gating system.

“The more you can use those dual gates to board airplanes, separating the first-class cabin from the economy cabin, you're going to have less air rage in both cabins,” DeCelles says.

The study was published earlier this month in the Proceedings of the National Academy of Sciences of the United States of America.