And the Oscar goes to ... a U of T-educated graphics whiz 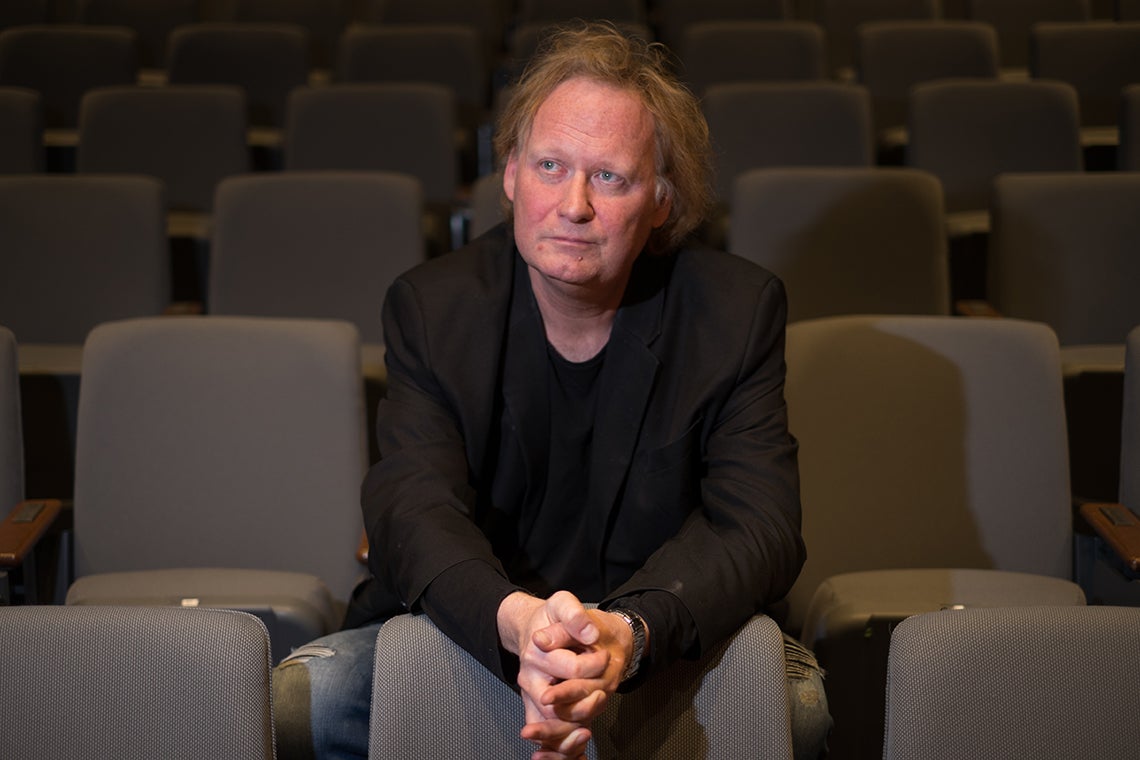 Graphics expert and U of T graduate Jos Stam received a Scientific and Engineering Award from the Academy of Motion Picture Arts and Sciences on Feb. 9, 2019 (photo by Geoffrey Vendeville)

Jos Stam doesn’t have a star on the Hollywood Walk of Fame. He isn’t rushed by reporters on the red carpet. He doesn’t even have his own IMDB page.

And yet Stam has the same number of Academy Awards as Meryl Streep. His research in 3D graphics underpins the visual magic in the Lord of the Rings trilogy, Avatar and many other Hollywood blockbusters.

Stam, who completed graduate studies at the University of Toronto, got his third Oscar this month at the Academy's Scientific and Technical Awards at a ceremony in a Beverly Hills hotel that was emceed by Selma star David Oyelowo.

He shared the award with Pixar co-founder Edwin Catmull and Tony DeRose, a research scientist at Pixar until recently. All three honourees wore tuxedos and red roses in their lapels, but Stam stood out at six-foot-eight. They were recognized for their pioneering work in the science of subdivision surfaces, a 3D modelling technique.

Stam’s three decades of graphics research has made it easier to animate everything from a scaly Tyrannosaurus rex to wavy hair. He’s helped develop software that lets artists create 3D shapes and effects without messing around with numbers and equations. “Our job is to hide the math for a person who’s more artistic,” he says. “Since I used to do art, I know artists think differently. Why is the sky blue? If you’re a painter, you don’t care why the sky is blue. You just want to create a dramatic sky.”

Until Stam learned more about computers in high school in Geneva, he didn’t care much for math either. He liked to paint in the style of surrealists like Salvador Dali and wanted to go to art school. His older brother, Sim, suggested he take up programming to find a summer job.

Stam wasn’t interested until he saw how computers could take the grunt work out of math, letting the user focus on larger problems. His fascination grew at the arcade where he discovered Pac Man and Space Invaders.

As a student at the University of Geneva, he came across a paper copy of the proceedings of Siggraph, a conference of specialists in computer graphics and interactive techniques. “It had all these pictures in it and then I look at the paper and it’s all math,” he recalls. “It was not simple math – differential equations and algebra – and it was used to create these amazing pictures.”

Stam was hooked. He applied to do graduate studies at computer science departments across North America and ended up at U of T.

He originally planned to move to the U.S. after his master’s, but he enjoyed Toronto so much he stayed put. In Switzerland, university was hierarchical. “In Toronto, it was more informal and there were brilliant people who you could talk to. They would take the time, unless you were wasting their time,” he says.

Some of his early research focused on how to realistically depict “gaseous natural phenomena” like curling wisps of smoke, mist over a field or car exhaust while they react to a “turbulent field” like wind. His graphics, like a steaming cup of coffee, look simple in hindsight, but were anything but in the early 1990s. 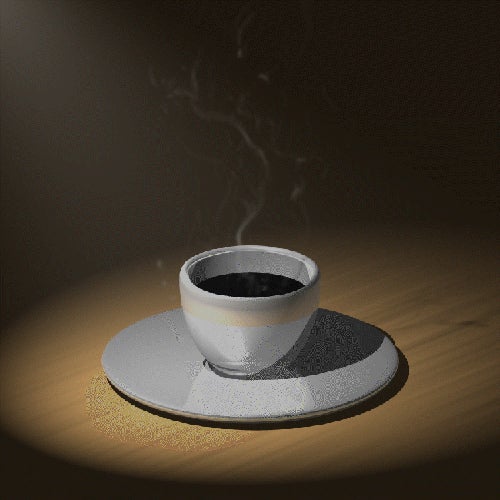 With his supervisor at U of T, Eugene Fiume, Stam co-wrote a paper for Siggraph, the conference that inspired him to study graphics.

Fiume, now a professor and dean of applied sciences at Simon Fraser University, told U of T News that Stam has achieved acclaim in two fundamentally different areas of computer graphics, the simulation of natural phenomena, particularly fluids, and computational mathematics of geometric shape. “It's rare enough to have a profound impact on one area, let alone two,” he says. “His work on fast fluid flow computation in particular introduced techniques that were a breakthrough in visual fluid simulation and has deeply influenced dozens of researchers over the past 20 years.”

After a PhD at U of T, and a postdoc in Paris and Helsinki, Stam joined Toronto-headquartered graphics company Alias. Some of his research was incorporated into their software: Maya, an animation and effects tool that has become the standard today in 3D modelling (Alias was acquired by Autodesk in 2005 for US$182 million).

Stam’s latest Oscar was for his contributions to the field of subdivision surfaces. It involves repeatedly subdividing harder-edged surfaces to produce a smooth surface, like sculpting from a block of marble. He developed a shortcut for the technique that led to an explosion in geometric modelling with implications that went beyond film to industrial design, architecture and manufacturing. DeRose, the Oscar-winning Pixar scientist, told U of T News that Stam’s work moved subdivision surfaces out of the realm of “odd-ball formulations” into a familiar form that could be used in virtually all practical applications.

In his Oscar acceptance speech, Stam dedicated the award to his older brother, Sim, who encouraged him to study programming in the first place. Sim died of cancer in 1998.

Although Stam has been honoured at three Oscar ceremonies, he's not much of a cinephile. He occasionally watches films on mute to focus on the pictures. The first time he was invited to a technical Oscar ceremony, he didn’t recognize the star host, Rachel McAdams. The nonchalance seems to run in the family: he says his three Academy Awards still aren’t enough to impress his teenage daughter.

Stam lives in Toronto and works as a researcher for graphics chip giant, NVIDIA. He's the author of The Art of Fluid Animation, which explains how to animate ”fluids” like water, fire and explosions without mind-boggling physics or math.

The field of graphics is much more sophisticated now than when he started. Still, there’s room for people who love visual art and math, he says. To students interested in breaking into the industry, he says follow your passion instead of a paycheque. “Some people say that’s bad advice,” he says “But I didn’t care. I took the risk.”

Read more about Stam in Wired