Alumnus leaves landmark $20-million bequest to U of T Engineering 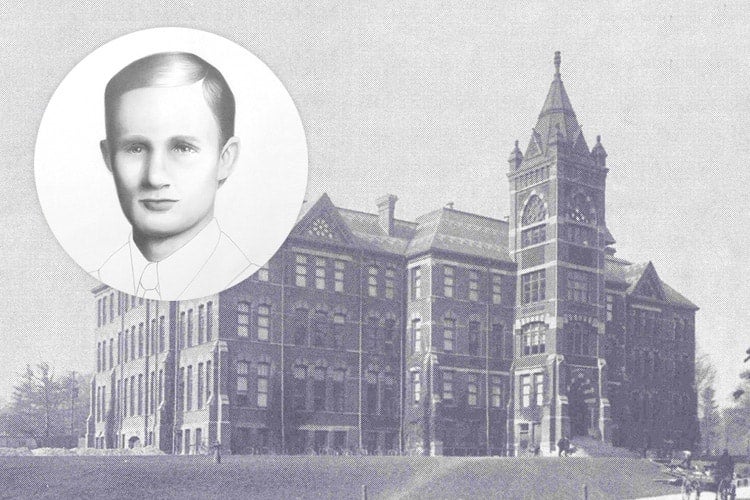 A $20-million bequest from the estate of alumnus Erwin Edward Hart (CivE 4T0) will drive engineering forward by supporting emerging research and education at the Faculty of Applied Science & Engineering and providing enhanced opportunities for graduate students.

The income from the Hart Trust will fund the Percy Edward Hart and Erwin Edward Hart Professorships. Seven faculty members, each within the first 10 years of their academic career, will receive $75,000 per year for three years for research and graduate student support. The recipients will be nominated by their department or institute and will have demonstrated a high level of research excellence and exemplary graduate mentorship.

Erwin Edward Hart was a long-time employee of Massey-Ferguson Ltd. and served as the company’s chief welding engineer. The professorships are named in honour of Hart and his late father, Percy Edward Hart.

“The Hart Professorships are an outstanding example of the impact that can be made when visionary generosity meets visionary leadership,” said U of T President Meric Gertler. “Mr. Hart’s legacy gift will bolster the work of promising researchers at a crucial stage in their careers.”

The professorships will foster the next generation of engineering research leaders and educators, and strengthen the Faculty of Applied Science & Engineering’s position as one of the world’s great engineering schools, said dean Cristina Amon.

“Investments in early-career faculty will accelerate research and innovation,” Amon said. “This gift will support generations of professors and deepen our Faculty’s culture of research and teaching excellence. It will also strengthen the Faculty’s ability to recruit top early-career educators and researchers from around the world. Our students will benefit by working with faculty members who are committed to mentoring the next generation of innovators.”

The bequest contributes to U of T Engineering’s $200-million fundraising goal as part of Boundless: The Campaign for the University of Toronto. To date, the Faculty has raised more than $180 million.

The first cohort of Hart Professors will begin in September 2016, and will represent the following departments and institutes: