Self-control: U of T study finds it is less limited than we believe 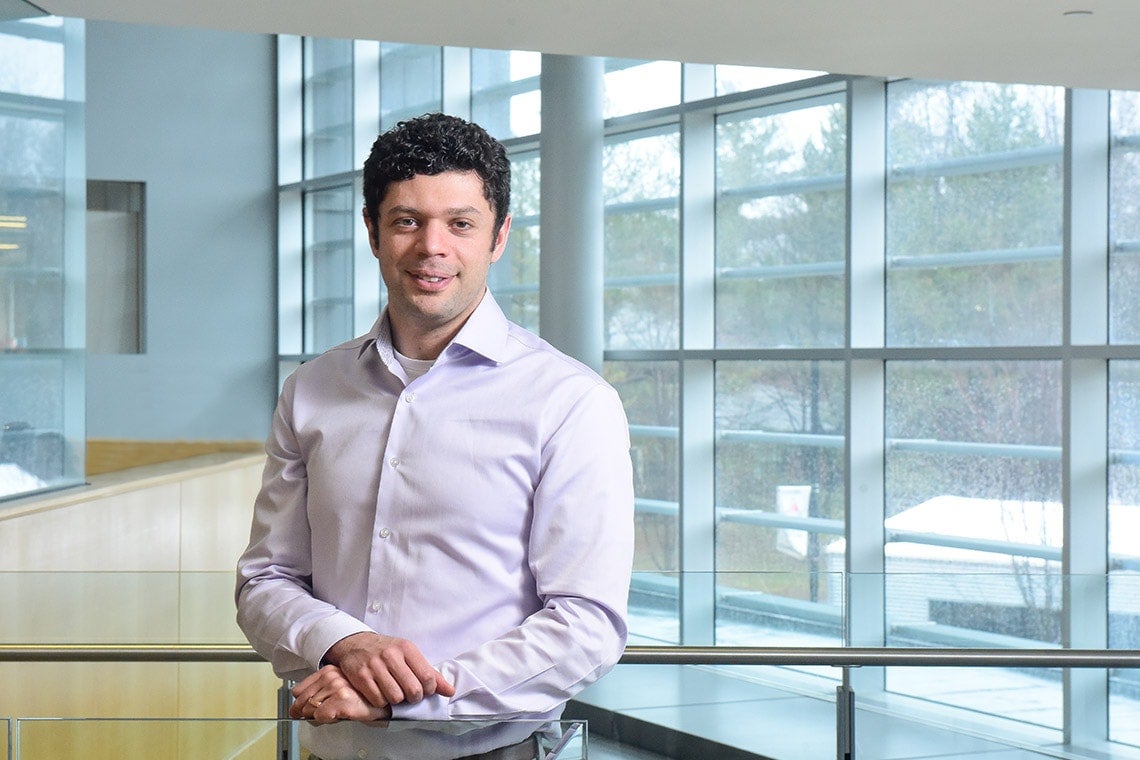 Dan Randles on the self-control study: “Our results are consistent with theories showing that people lose motivation within a specific task, but at odds with theories that argue self-control is general resource that can be exhausted” (photo by Ken Jones)

After a long day of studying, you might think you’d be less motivated to hit the books again in the evening.

But according to new University of Toronto research, there may be no noticeable dip in our motivation and ability to do something as long as we switch up tasks throughout the day.

Our self-control may be less limited that we often believe, the research found.

“While people get tired doing one specific task over a period of time, we found no evidence that they had less motivation or ability to complete tasks throughout the day,” says Dan Randles, a  postdoctoral fellow in the lab of Michael Inzlicht, a professor of psychology at U of T Scarborough.

Self-control is the ability to focus on or exert effort on a task that isn’t immediately rewarding. “It’s doing something not because you enjoy it, but because it’s connected to a larger goal and you want to see it through,” explains Randles.

The prevailing theory in psychology about self-control is that it can get exhausted internally the more we use it. Some studies have suggested that depleted glucose reserves in the brain could be responsible. But as Randles notes, most studies on self-control depletion have been done in the lab, and some, including studies on glucose, have been difficult to replicate and remain controversial.

“This doesn’t mean all studies on self-control are wrong, but at least for (the glucose) one, attempts to replicate it have found no evidence for the effect,” he says.

Read the research on self-control

Randles and Inzlicht worked with Iain Harlow, vice-president of science at the adaptive learning company Cerego. Together, they found that people experience worsened ability while doing a single difficult memory task, and that their performance begins to decline around the 30-minute mark, with a notable drop in performance around 50 minutes.

These findings echo similar studies in the past, but what’s unique is that they found no evidence that ability to complete the task decreased throughout the day, and in fact found that motivation to complete it actually increased.

"This finding is especially important for intellectually demanding tasks like learning,” says Harlow. “It fits with research showing that you remember more of what you learn when you review it frequently but in short bursts."

Adds Randles: “Our results are consistent with theories showing that people lose motivation within a specific task, but at odds with theories that argue self-control is general resource that can be exhausted.”

He says there may be a few reasons why we have stable self-control throughout the day but that it can be limited within a single task. One important reason could be that we have several longer-term goals to achieve and that we’re sensitive to putting in enough effort to complete them all. So too much effort in one task may rob other important goals, notes Randles.

“The data from Cerego offered a unique opportunity because it showed us exactly when people were willing to engage in a difficult mental activity and for how long,” says Randles.

“The fact participants got worse at a single task speaks to how effortful they found it, and despite the difficulty, we found no evidence whatsoever that their ability or motivation decreased up until the point they got tired late at night.”

The research, published in the journal PLOS ONE, received funding from a Canada Banting Postdoctoral Fellowship.