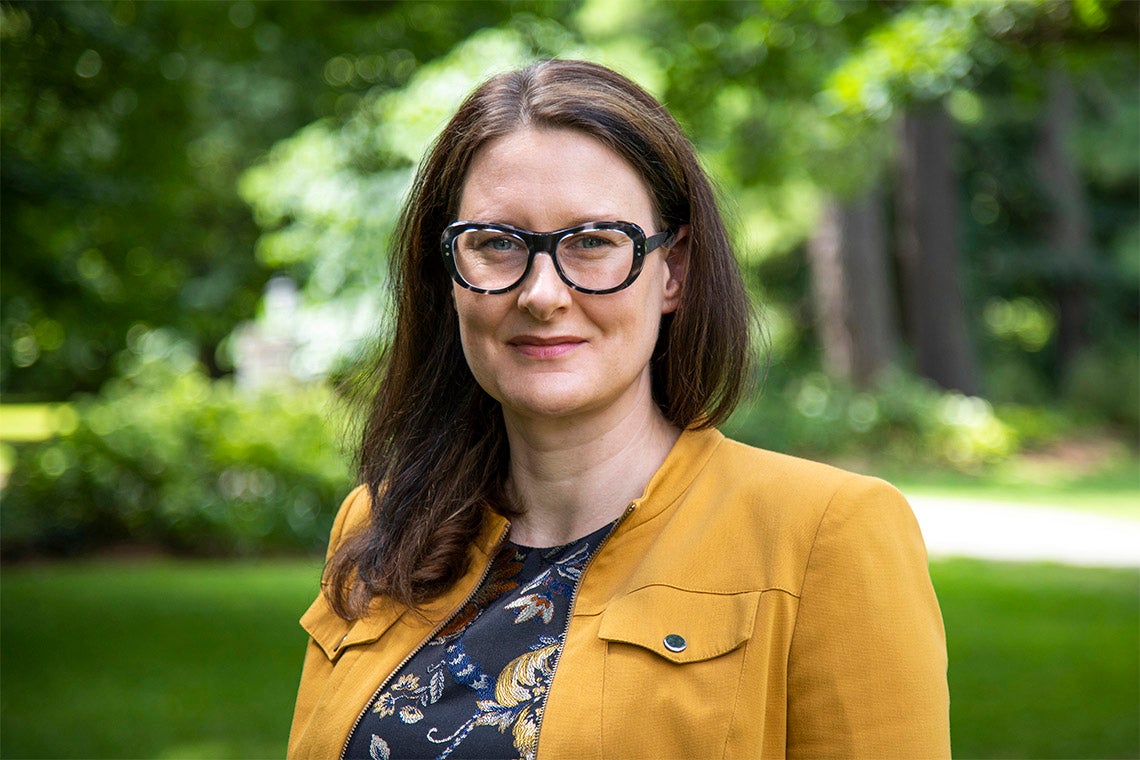 The installation ceremony for Professor Alexandra Gillespie as the University of Toronto Mississauga’s 10th vice-president and principal will begin on April 29 at 6 p.m.

An internationally renowned scholar, Gillespie assumed the role of vice-president of U of T, and principal of U of T Mississauga on July 1, 2020. Her five-year appointment runs until Dec. 31, 2025.

The virtual installation ceremony marks a significant milestone and recognizes the new leadership and direction Gillespie brings to U of T Mississauga. Dignitaries in attendance will include U of T President Meric Gertler and Professor Cheryl Regehr, vice-president and provost, as well as honoured guests from the U of T Mississauga community, including Mississauga Mayor Bonnie Crombie, retired Court of Appeal judge Justice Harry Laforme, Elder Valarie King and Councillor Veronica King-Jamieson of the Mississaugas of the Credit First Nation.

Since assuming the role of vice-president and principal, Gillespie has built on the momentum of U of T Mississauga’s past growth, with special focus on enabling excellence in student and faculty research; developing inclusive communities and sustainable spaces; and inspiring academic innovation for student success. Recognized as a dynamic and creative leader, she remains dedicated to building partnerships, both internally and externally, and augmenting well-being across the U of T Mississauga community and beyond.

A scholar of 14th-century poet Geoffrey Chaucer, Gillespie joined U of T Mississauga as an assistant professor in 2004. In 2010, she won U of T Mississauga’s Award for Undergraduate Teaching Excellence in recognition of her outstanding work in the classroom and as a mentor to student researchers. In 2016, she founded the Jackman Humanities Institute’s tri-campus Digital Humanities Network. Prior to joining U of T Mississauga, Gillespie worked as a management consultant in New Zealand’s education sector. She was a Bradley-Maxwell Junior Research Fellow at Balliol College in Oxford, and a Munby Fellow at Cambridge University Library.

Gillespie holds a DPhil and MSt in English from the University of Oxford, where she studied as a Rhodes Scholar, after completing her BA (Hons) in English at Victoria University of Wellington, New Zealand.

The virtual ceremony, which will be presided over by Regehr, will premiere on YouTube to accommodate the need for physical distancing due to COVID-19.