From aircraft brakes to brain disorder diagnoses: Meet the winners of U of T's Demo Day startup competition 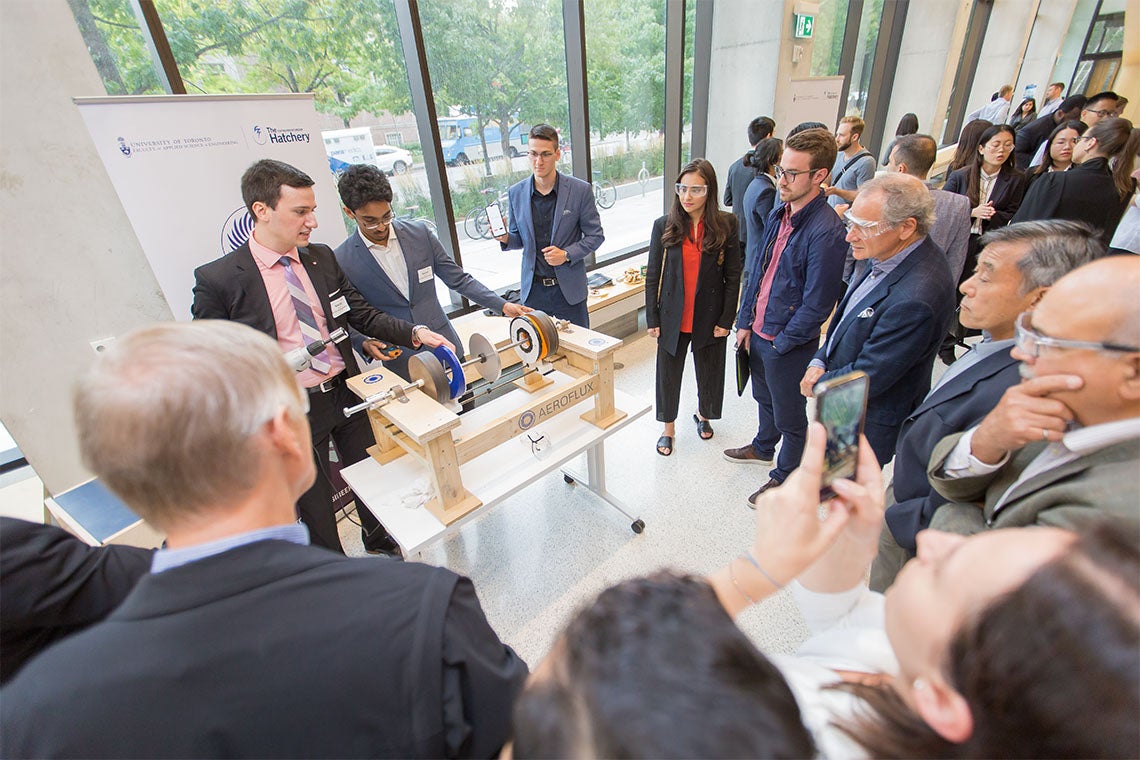 When it comes time to launch their careers, some University of Toronto students may be stepping into jobs they created themselves.

Four promising startups shared a total of $42,500 in seed funding at the seventh annual Demo Day, hosted by the Faculty of Applied Science & Engineering’s Entrepreneurship Hatchery – one of several startup hubs on campus. The student-generated innovations range from contactless aircraft braking technology to tools that will help nurture the next generation of e-sports superstars.

“We started this journey early this year with more than 100 teams applying to the Hatchery,” Joseph Orozco, the Hatchery’s executive director, said at the outset of the event. “Now we present to you our 14 finalists, who we see as being the next big startups of tomorrow.”

Demo Day is the culmination of the Hatchery Nest program, a four-month accelerator that connects entrepreneurs with experienced mentors and industry leaders to develop their businesses. Teams receive detailed feedback on their business plans, explore potential markets, learn about patents and marketing, as well as build prototypes using 3D printers and other fabrication resources available at the Myhal Centre.

“The Entrepreneurship Hatchery is a startup that creates startups,” said Christopher Yip, the dean of the Faculty of Applied Science & Engineering, in his opening remarks. “But it’s also one of the ways that we future-proof our graduates.

“When they learn the skills of entrepreneurship, they learn how to anticipate a world that doesn’t yet exist, and how to find their place within it.”

As well, a $2,500 “Orozco prize” is furnished through funds raised by the students themselves. The prize was awarded through live audience voting via Pheedloop, an event technology platform first developed at the Hatchery by U of T Engineering alumnus Rahul Goel.

Here are this year’s winners: 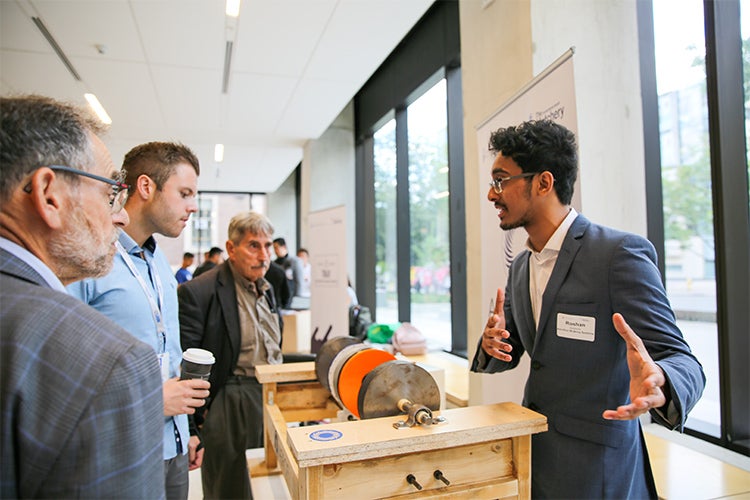 Aeroflux has developed a non-contact magnetic braking technology that eliminates the wear-and-tear on commercial aircraft braking systems, which can result in up to 25 brake replacements per aircraft and cost airlines worldwide billions.

After winning first place at Demo Day (and also recently the Clarke Prize), the Aeroflux team sees a clear path to their first flight. The team has filed a patent, and is looking to industry to further develop their technology. Aeroflux hopes to develop a full-scale prototype in 2020 and commence U.S. Federal Aviation Administration certification in 2022.

“Our team is so grateful to the Hatchery and the university for helping us succeed.” 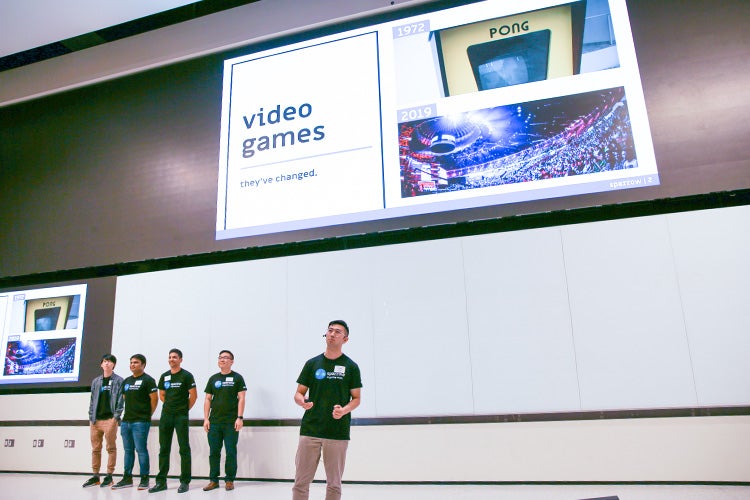 Becoming a top League of Legends player may have just gotten easier.

The team behind Sparrow have developed an analytical tool that delivers personalized, interactive feedback to help competitive gamers improve their performance.

The software leverages artificial intelligence (AI) to help coach players by showing them where they’ve made mistakes in their game, and offering suggestions on how to improve their strategy.

“This is what makes us unique,” said co-founder Tong Yu, who is working on his master’s degree in management innovation. “We are the only gaming software that melds analytics and that human ‘touch’ in an affordable package.”

The team hopes to release a beta version in November and partner with gaming lounge Invictus Game Station in Toronto.

“After this win, it’s back to business,” said  co-founder Yukuan Wu, a third-year computer science student who is ranked in the top 0.01 per cent among League of Legends players.

“We’re excited to keep going with this and scale up our program and market our company to [the] gaming lounge.” 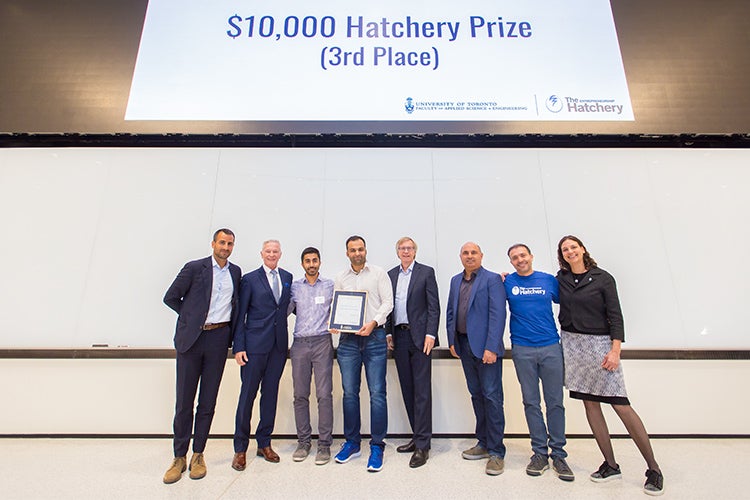 Professors and TAs spend about a third of their time creating and marking assessments such as quizzes and exams. While there are various tools available to assist with this work – LaTeX for constructing diagrams, Crowdmark for evaluation – so far nobody is offering an end-to end-solution.

“A lot of educational technology companies only focus on one aspect of the problem,” said Kia Shakiba, a PhD candidate in electrical and computer engineering who co-founded eXamify with mechanical and industrial engineering PhD candidate Mehdi Ataei.

“We want to make the whole process better for everybody involved: students, TAs, professors and even the institution itself.”

With simple drag-and-drop tools and cloud-based storage, eXamify’s software makes it easy to create, share, evaluate and archive assessments. Users can create a single test for all students or customized ones with subtle differences for each individual student to combat academic dishonesty.

Marking is semi-automated, saving time and money for educators.

The team will use their prize money to complete a beta version of the software, which they are planning to roll out at U of T by the end of the year. 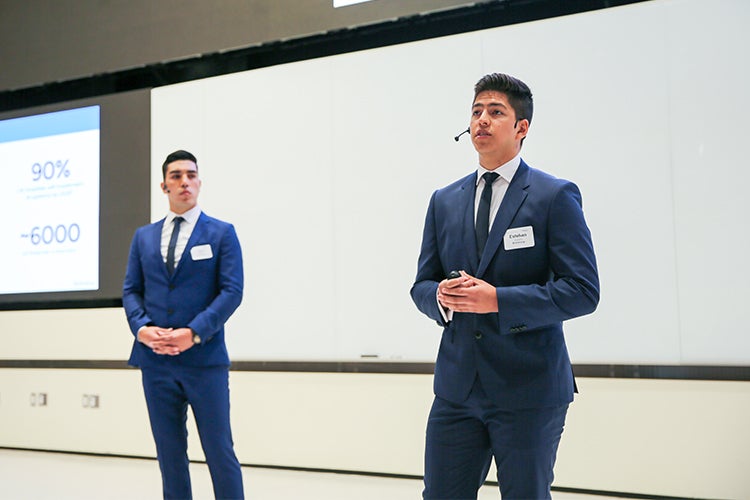 Brainloop started because of an unfortunate medical error.

After experiencing a seizure, a close friend of founders Esteban Arellano, a second-year computer science student, and Juan Egas, a third-year materials science and engineering student, was misdiagnosed with epilepsy. The drugs she was prescribed were ineffective and had negative side effects, but it was several years before the misdiagnosis was discovered.

Upon further research, the team behind Brainloop was surprised to discover that this sort of thing happens often – up to 20 per cent of brain disorders are initially misdiagnosed.

“Artificial intelligence is a powerful emerging tool in clinical diagnosis,” said Arellano. “It’s estimated that 90 per cent of hospitals will adopt it in the next few decades. We wanted to be the first to do it for brain disorders.”

Arellano and Egas are developing an AI algorithm that can analyse data from tests such as electroencephalograms (EEGs). By detecting anomalies in these tests and correlating them with diagnoses from experts, they aim to create a tool that can provide faster, earlier and more accurate detection of brain disorders, including epilepsy and non-epileptic seizure disorders.

The team is currently working on data collection and analysis with two neurologists from the University Health Network, and hopes to launch the first iteration of its tool in April of next year.