Air quality improves by up to 40 per cent in cities that took action on COVID-19, U of T researcher finds 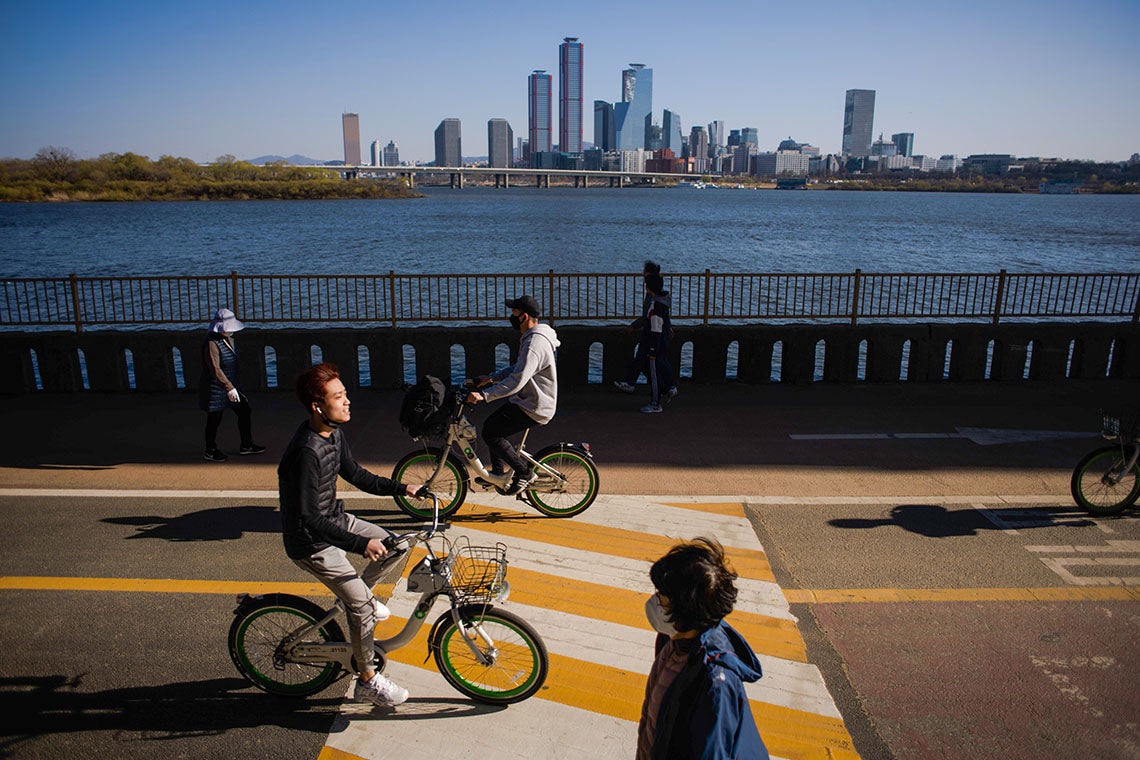 Cities that declared a state of emergency in February due to outbreaks of COVID-19 saw air pollution decrease by up to 40 per cent as businesses close their doors and residents stayed home, a University of Toronto researcher has found.

Marc Cadotte, a professor in the department of biological sciences at U of T Scarborough, looked at the air quality index (AQI) for six COVID-19-affected cities (Wuhan, Hong Kong, Kyoto, Milan, Seoul and Shanghai) that implemented emergency measures in February. He then compared the AQI for those cities to the same month in 2019, finding that all six showed a significant reduction in air pollution concentrations this year.

Cadotte’s study, which has not yet been peer-reviewed, is available on the Environmental Sciences preprint website.

“You’re looking at anywhere from a 20 to 40 per cent decline in air pollution levels,” says Cadotte, an expert on urban ecology and biology.

“There’s been a significant increase in the number of days that can be categorized as good air quality versus polluted in the air quality index.”

The AQI is used to measure air quality on a scale of zero to 500 (500 being the most hazardous) by showing changes in the amount of air pollution. It tracks the concentrations of five major air pollutants – carbon monoxide, sulfur dioxide, nitrogen dioxide, airborne particles, ground level ozone and particulates (fine and course).

Cadotte says the decline in air pollution is mostly attributed to changes in human and economic activity, with fewer people driving vehicles and factories temporarily closed.

What’s beneficial about using the AQI to measure air pollution is that it’s linked directly to human health, according to Cadotte. If the AQI goes above 101 for example, people with heart or respiratory illnesses are advised to stay home. 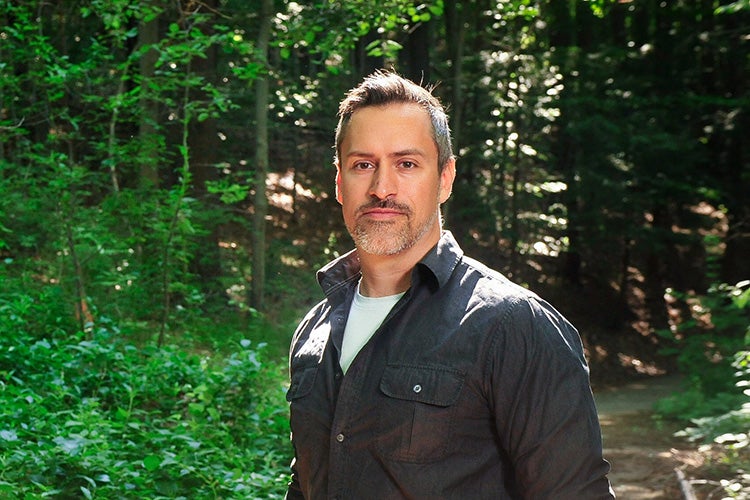 U of T Scarborough researcher Marc Cadotte says the measures taken by some countries in response to COVID-19 have had a signficant impact on air pollution, giving us a glimpse at what greener future might look like (photo by Ken Jones)

Particulates, meanwhile, have been linked to higher rates of cancer and heart disease. They stay in the air for a long time and can get stuck in our lung tissue after we breath them in, eventually making their way into our bloodstream.

Cadotte cites stats from the World Health Organization that estimate more than four million premature deaths around the world occur annually from complications due to poor air quality, and that in many places, 90 per cent of the population is chronically exposed to poor air quality.

In the study, Cadotte also looked at the AQI from 11 cities that didn’t declare a state of emergency in February, finding that those cities didn’t experience the same decline in air pollution concentrations as the six that did.

“When it comes to major air pollutants, it depends on what's being produced locally,” Cadotte says. “In some places they may already have really high or relatively low levels of a specific pollutant.”

Could the reduction in air pollution be good news for fighting climate change?

Cadotte says a small blip like the one we’re experiencing will have minimal impact on the long-term challenge of climate change. But if the pandemic continues and emergency measures remain, some countries may end up unintentionally meeting emissions targets set through the Kyoto Protocol and Paris agreement.

While better air quality is a result of a slowing economy, Cadotte says the change in behaviour may help show us there are changes we can make to improve the environment and our quality of life.

“We are making these very difficult, but very responsible, decisions about limiting human and economic activity in order to save lives. At the same time, we're subsidizing industries that produce air pollution or use vehicles that pollute, which we know contribute to millions of premature deaths a year,” he says.

“This may be overly optimistic, but maybe what the pandemic will show us is that governments can take more direct action to combat other factors that we know cause high mortality rates.”

The research received support from the Natural Sciences and Engineering Research Council of Canada.

Robots in the wild: U of T's Florian Shkurti on overcoming 'edge cases' in machine learning