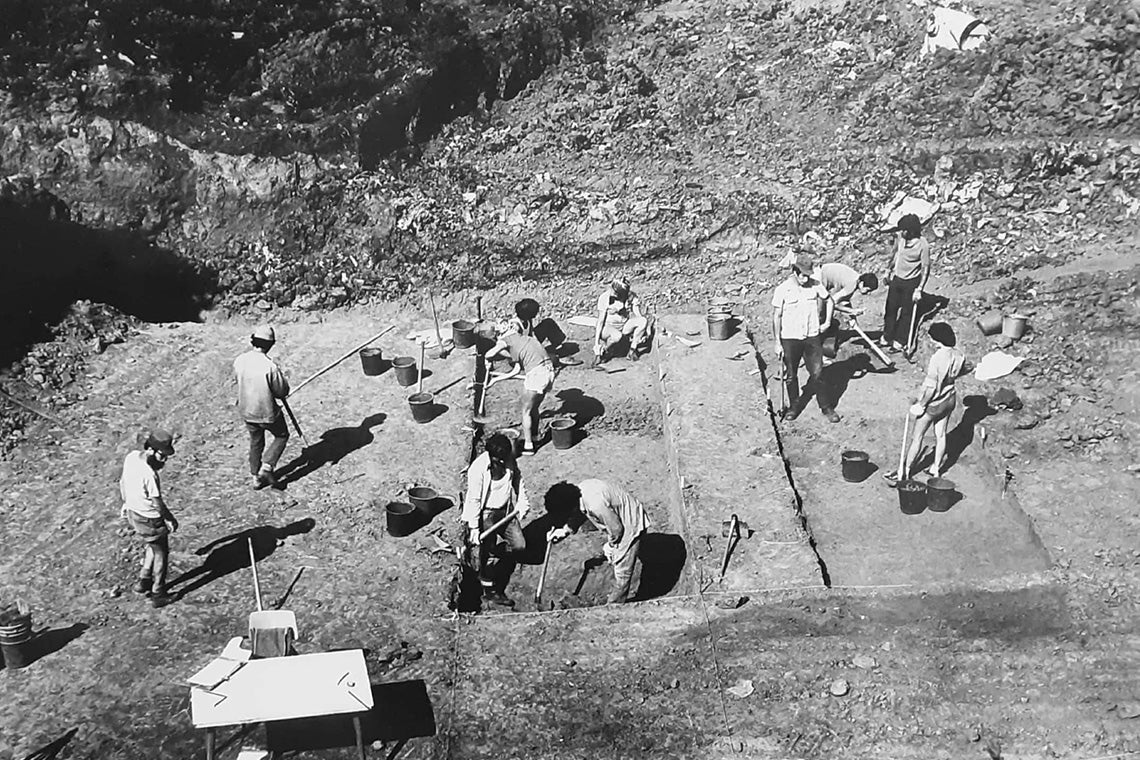 Researchers from the University of Toronto, the Weizmann Institute of Science and Hebrew University have identified new evidence of the use of fire by ancient humans at least 800,000 years ago at a site in western Israel.

The discovery, described in a study published this week in Proceedings of the National Academy of Sciences, suggests only the sixth location worldwide of evidence of fire more than half a million years old.

The researchers employed advanced artificial intelligence (AI) techniques to confirm their hypothesis. The team suggests the method could lead to a more scientific, data-driven type of archaeology, providing a better understanding of the origins of the human story, our most basic traditions and our experimental and innovative nature.

“This evidence of fire is from a period very early in human development and suggests that by one million years ago human engagement with fire might have been more common than we thought,” said Michael Chazan, a professor in the department of anthropology in U of T’s Faculty of Arts & Science and a co-author of the study. “What’s more, this method allows us to detect traces of fire where they could not be seen before.”

The researchers confirmed the discovery while analyzing artifacts recovered from the Evron Quarry archaeological site in Western Galilee that were first discovered in the mid-1970s. During a series of excavations that took place at that time, archaeologists dug down 14 metres and uncovered a large array of animal fossils and Paleolithic tools dating to between 800,000 and one million years ago, making it one of the oldest sites in Israel. 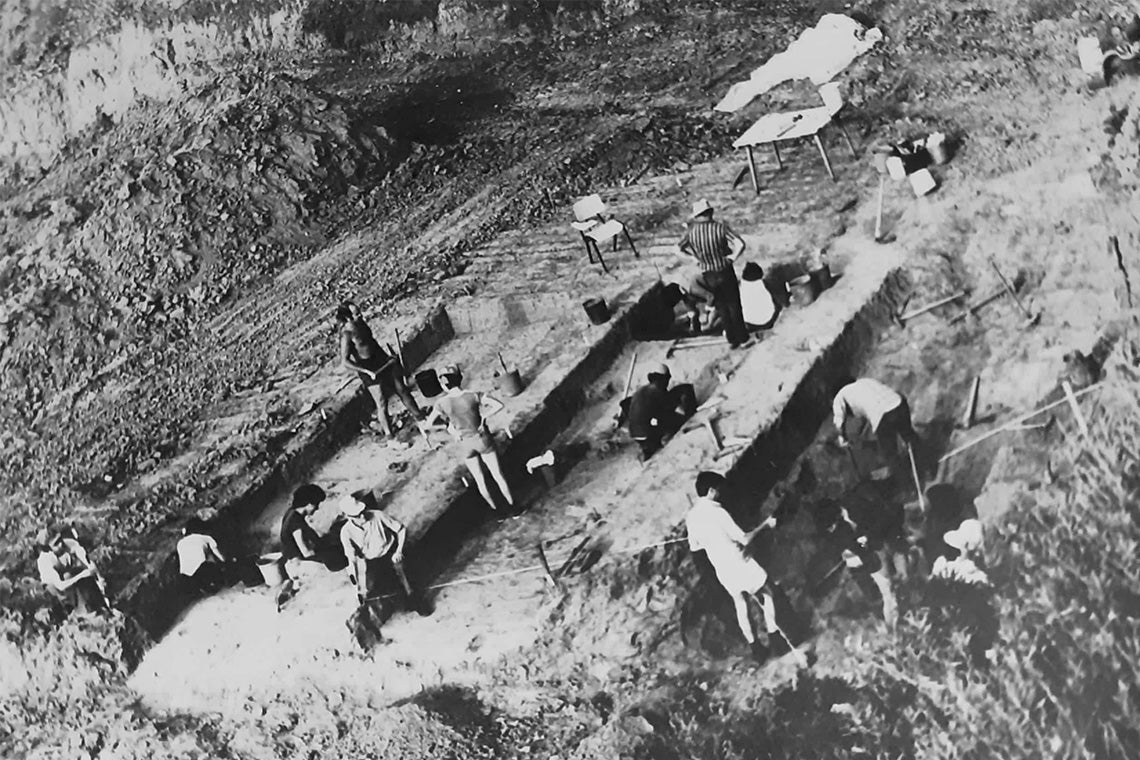 At first, none of the finds from the site or soil in which they were found had any visual evidence of heat, as ash and charcoal degrade over time – eliminating the chance of finding visual evidence of fire-making. So, building upon previous successes in the application of AI and spectroscopy in archaeology by Weizmann Institute of Science researchers and study co-authors Filipe Natalio and Ido Azuri, the team developed advanced computational models to reveal the makeup of the materials down to their chemical and molecular structures and better understand if they had undergone a structural change, such as that produced by fire.

“The advantage of AI is that it can find hidden patterns across a multitude of scales,” says Azuri, who led the development of the models. “By pinpointing the chemical composition of materials down to the molecular level, the output of the model can estimate the temperature to which the stone tools were heated, ultimately informing us about past human behaviors.”

With an accurate AI method in hand, lead author and Weizmann Institute of Science PhD student Zane Stepka and the team searched for molecular signals, assessing the heat exposure of 26 flint tools found at the site. The results revealed they were heated to a wide range of temperatures – exceeding 600 C. In addition, they analyzed 87 animal remains using a different spectroscopic technique and discovered that the tusk of an extinct elephant also exhibited structural changes resulting from heating.

“We tested a variety of methods, among them traditional data analysis methods, machine learning modeling and more advanced deep learning models,” says Azuri, who headed the development of the models. “The deep learning models that prevailed had a specific architecture which outperformed the others and successfully gave us the confidence we needed to further use this tool in an archaeological context with no visual signs of fire use.”

The controlled use of fire by ancient hominins – a group that includes humans and some of our extinct family members – is hypothesized to go back at least one million years, around the same time when archaeologists believe Homo habilis began its transition to Homo erectus. 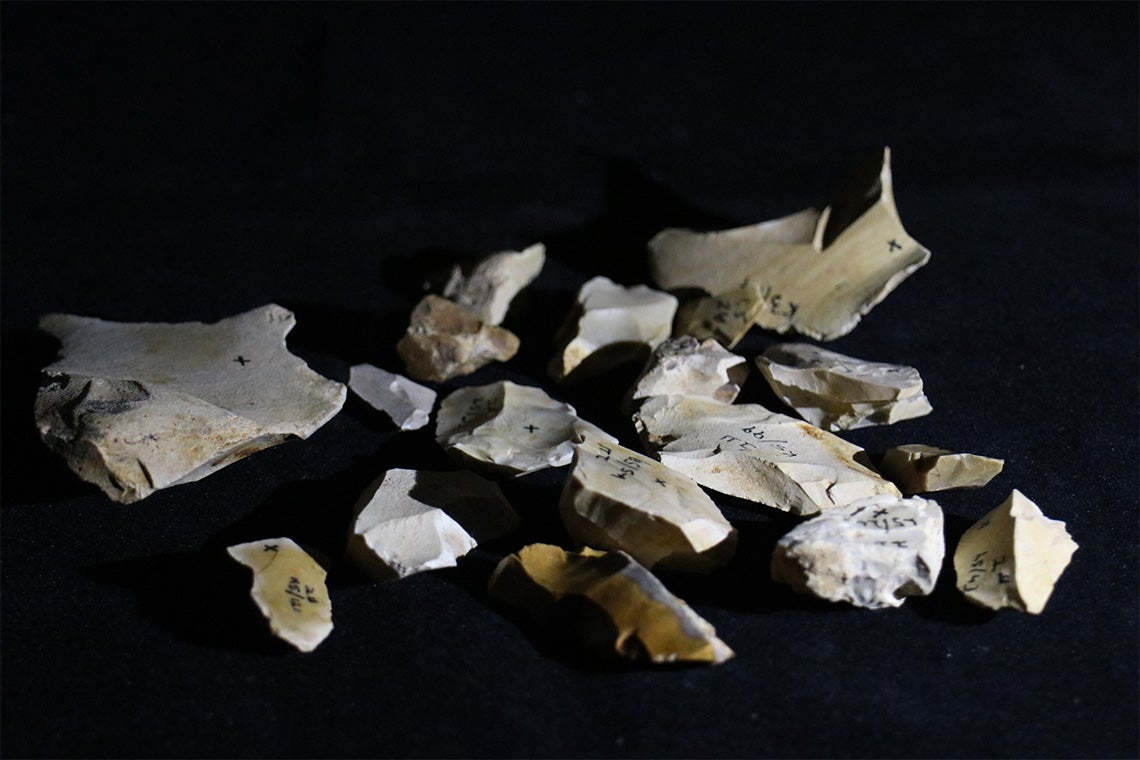 The working theory among anthropologists – called the “Cooking Hypothesis” – is that the use of fire was instrumental in human evolution, not only for producing warmth, crafting advanced tools and warding off predators, but also to acquire the ability to cook. Ingesting cooked meat not only eliminates pathogens but increases efficient protein digestion and nutritional value, paving the way for the growth of the brain.

The only problem with the hypothesis is a lack of data. Since finding archaeological evidence of pyrotechnology primarily relies on visual identification of modifications resulting from combustion on objects – the foremost of which is color change – traditional methods have managed to find widespread evidence of fire use no older than 200,000 years. While there is some evidence of fire before 500,000 years ago, it remains sparse, with only five archaeological sites around the world providing reliable evidence of ancient fire.

“We may have just found the sixth site,” says Natalio, whose previous collaboration with Azuri and colleagues provided the basis for this project. Previously, they pioneered the application of AI and spectroscopy in archaeology to find indications of controlled burning of stone tools dating back between 200,000 and 420,000 years ago at other locations in Israel.

Chazan, the former and founding director of U of T’s Archaeology Centre, notes that past study of the collection of stone tools from Evron Quarry provided no obvious visible traces of burning. “As the site is about one million years old, I have argued that human use of fire in this early period was limited so there was no reason to expect it at this location which was a spot along a small river where animals, including elephants, were butchered,” he says. “This was a surprise.”

The researchers believe this innovative approach to archaeology – which enabled them to detect heating at lower temperatures than traditional methods have allowed – holds promise for application to sites around the world. They suggest it opens new methods to work with complex and detailed datasets, perhaps even revisiting sites already thought to be exhausted in terms of offering clues to human history.

“Now some new questions open up. Was there the use of fire on the first sites out of Africa which so far have produced no evidence of burning? Most critically, we are still left with questions about how these early humans were using fire,” he adds. “Were they cooking meat? When did humans begin to start fires rather than merely harnessing naturally occurring fire, such as might result from a lightning strike?”

Read more about the discovery in the Globe and Mail