The killing of Canadian hostage John Ridsdel: U of T's Aisha Ahmad on why terrorists get away with kidnapping 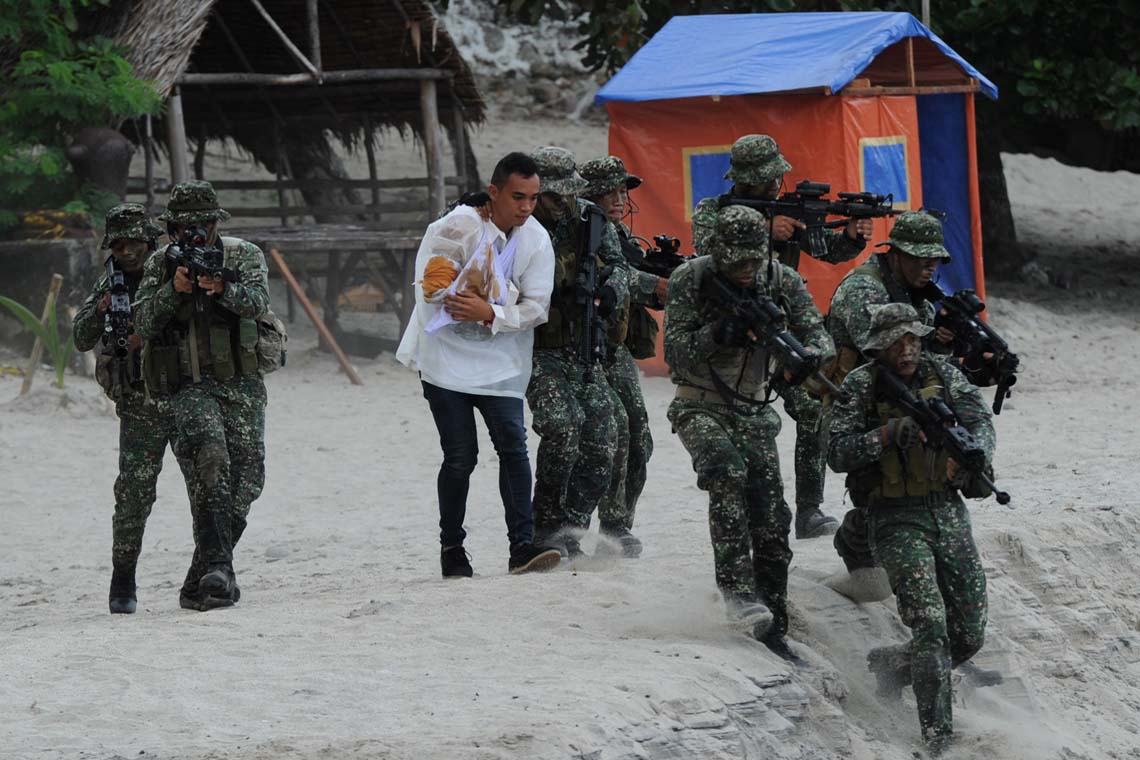 “If payment is withheld, they must pull the trigger or their business model fails”

Canadians were shocked to learn recently that retired journalist John Ridsdel, who had been kidnapped along with three others last September in the Philippines, had been beheaded by his captors, the militant group Abu Sayyaf.

Assistant professor Aisha Ahmad of the University of Toronto has been studying how jihadist groups finance their militant operations in civil wars across the world. U of T News asked her to comment on the Ridsdel kidnapping.

Why do groups such as Abu Sayyaf take hostages?

Militant groups of all ideological stripes take hostages to gain ransom money, draw attention to their cause, and attract foreign supporters. Hostage-taking not only generates revenues; it also instills fear. In North Africa, Al Qaeda affiliates in Algeria and Mali not only made tens of millions of dollars from ransoms, but also became known as a powerful and terrifying regional terrorist network. In South Asia, Pakistani insurgents and criminal networks in the restive border region kidnap foreigners and locals alike, making the tribal belt virtually impossible to navigate safely. In the Levant, ISIL has not only made millions through kidnapping foreigners in Iraq and Syria, but these extremists were also so ideologically committed to murdering their hostages that they eventually ran out of foreigners to behead. In each of these cases, the two key motivations behind terrorist kidnapping have been these financial and reputational benefits.

How does taking Western hostages advance the cause of groups such as this? Is taking hostages an effective strategy?

From a militant group’s perspective, kidnapping is a fairly low-cost, and high-returns gamble. Indeed, taking a civilian by gunpoint is much easier than planning an organized attack on a government building or military compound. In fact, for terrorist groups that are weak and losing ground, kidnapping looks like a win-win strategy. No matter what the outcome, the terrorists can find a way to benefit. If the ransom is paid, the militants use that windfall to expand their operations. If the ransom is not paid, then the terrorists murder the victim in a shocking and public fashion, which captures headlines around the world, increases their profile, and attracts more covert transnational support for their operations.

Time is of the essence in these situations. The kidnappers see their hostage as an investment, and they want their investment to pay off. Over the course of hostage negotiations, kidnappers often reduce their demands to a price that they think they can successfully extract. If this drags on, some business-minded militants try to recover their initial investment into the hostage operation, so that they can at least break even. But when the point is reached where the investment is determined to be a sunk cost, the hostage dies. These are real and serious threats that affect tourists, business travellers, journalists, and humanitarian workers. Is kidnapping a new strategy on the part of terrorist groups, or has hostage-taking long been one of their weapons?

I cannot actually remember a time when “we have your daughter” was not a tactic used by bad people. This strategy itself is old, and it works because no human being can handle the magnitude of that kind of trauma. The mind breaks. So people will do everything they can to save the ones they love. Families will go bankrupt trying to pay ransoms to bring their relatives home safely.

The perpetrators of these hostage situations are usually terrorists, narco-traffickers or organized criminal networks. All of them use threats of rape, torture, and death to ensure payment, and must make good on their threats when denied their plunder. They have to kill, or they lose credibility. If payment is withheld, they must pull the trigger or their business model fails.

When Canadians or other Westerners are taken hostage, we hear about it in the media. But are Westerners particularly at risk compared to people who live in the countries where these groups operate?

Everyone I know who has been kidnapped has been a native citizen of the country they were taken hostage in. Of course, in poorer countries, foreigners are often seen as potentially more lucrative targets, so there is a premium on their heads. But ordinary locals are also victims, and their loved ones grieve their losses just the same.

What’s the best strategy for countries such as Canada to adopt when one of their citizens is taken hostage? Is there a best strategy in fact?

This is a no-win situation. In a hostage crisis, we are forced to choose between equally horrific options. If we pay, our loved ones are saved, but the group gets a windfall and increases its capabilities to harm others. If we don’t pay, our loved ones are savagely and publicly murdered, and the terrorist group increases its credibility and even gets more covert transnational support from sympathizers.

It is also folly to think that not paying the ransom in any one case will deter terrorists from future kidnappings, or make them go away. It’s not that easy. Rather, each beheading actually adds credence and weight to the terrorists’ threats, which then makes it more likely that they will attain a ransom for their next victim. When it is your daughter, you will pay any price. There is simply no perfect solution for this problem.

Aisha Ahmad (@ProfAishaAhmad) is an assistant professor in the department of political science and a member of the Centre for South Asian Studies at the Munk School of Global Affairs’ Asian Institute. Her work explores the political economy of Islamist power in weak and failed states. She has conducted field research in Afghanistan, Pakistan, Somalia, and Kenya. In 2012, she was a fellow at the Belfer Center on Science and International Affairs at the Harvard Kennedy School. She is currently working on a book on the relationship between clandestine business and Islamist movements in civil wars across the Muslim world.