After the game: How parents can improve the car ride home with young athletes 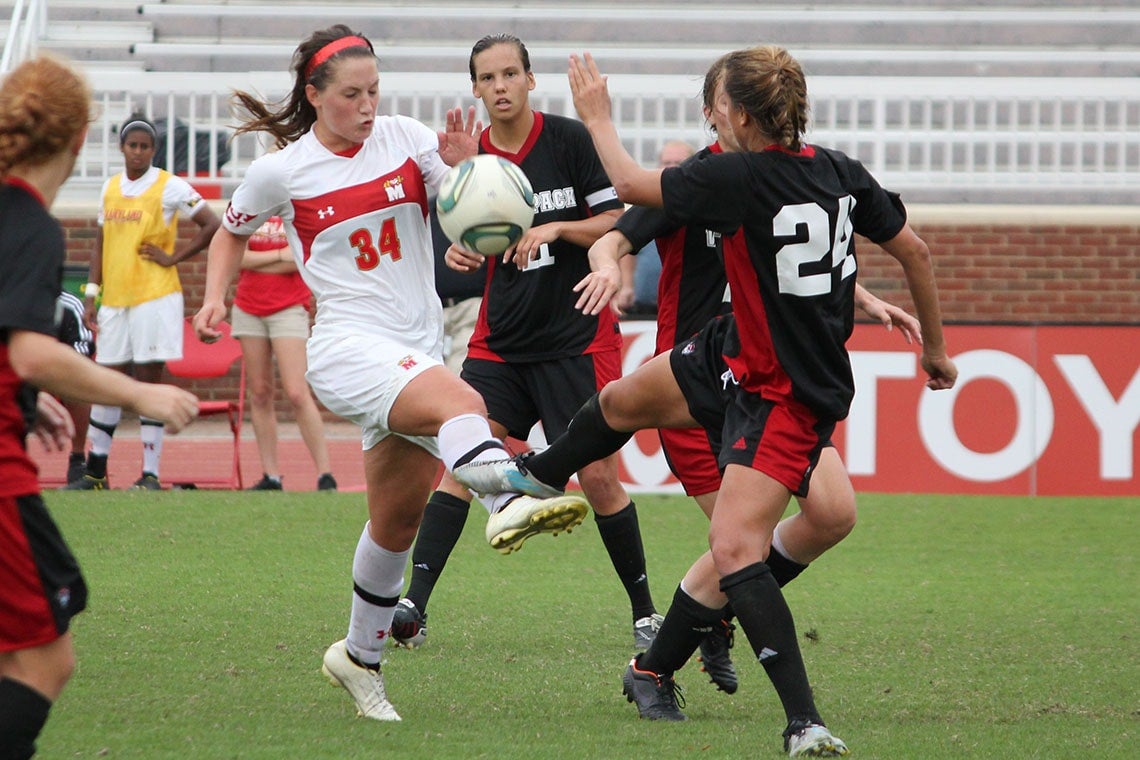 Advice from U of T's Katherine Tamminen

The car door closes, and your adolescent daughter slumps in the seat – a sheen of sweat from the game still lingers on her brow and a scowl emerges on her face. She reaches for her ear buds and avoids eye contact. Clearly, the game didn’t go well.

Katherine Tamminen, assistant professor in University of Toronto's Faculty of Kinesiology and Physical Education, recently published one of the first studies to explore the ways that parents and young athletes interact during the car ride home, and how this unique interaction might influence the parent-child relationship.

Tamminen spoke with 27 adolescents between the ages of 11 and 16 involved in a range of sports including baseball, hockey and figure skating, as well as with their parents. She asked athletes about interactions with their parents while they drove home after games and practices.

She found that while there isn’t a one-size-fits-all approach for parental communication during the car ride home, there are some points for parents to consider to ensure the experience is as positive as possible for both parties.

Here are some of her suggestions:

This is advice for both parents and athletes. “Give the child some time to think and give yourself some time to think, rather than just attacking the topic of the athlete’s or the team’s performances,” advises Tamminen. “Parents said it was really valuable to let the emotions cool down. When people get in the car right after the game, especially if it’s a poor performance, there is the potential for conflict or negativity. Just take time to think before you speak.”

“The physical set-up – you’re side by side, you’re not facing each other – also opens up the conversation,” says Tamminen. “You’re non-confrontational. We found that the car ride creates this pod of privacy where you can talk about things you might not otherwise talk about in front of other people, which could be a good or a bad thing,” she explains.
If an athlete was being treated poorly by teammates or their coaches, for example, the car could provide a safe space to talk about that. But in other cases, Tamminen found things could get more heated when there weren’t spouses, siblings or teammates in the car to act as potential buffers.

It could be helpful to directly address the car ride home with your kids. “Some parents said that even having a conversation about the car ride helped,” says Tamminen. “Ask them what they want to talk about during that time. Maybe they’d prefer to talk about their performance after dinner or before bed. Perhaps you’d rather use the car ride home as a cooling-off period, perhaps to put on music or just relax.”

Develop rules of the road

Allow your child to contribute to the plan. Your child may say, “I’d really rather you start with something positive rather than always telling me the negative.” Having that conversation with your child and allowing them some input on how these talks unfold can be very valuable, according to Tamminen’s research.

Every relationship is different. But some children may come to the car and ask directly how they did or what they did wrong. “In other cases, athletes might get in the car, put in their headphones and look out the window,” Tamminen explains. Some of the athletes admitted that they’d pretend to fall asleep to avoid having to talk about the game. “That could be an example of athletes trying to assert their power over the direction of the conversation. They may choose not to talk sometimes as well, and sometimes that silence is useful if everyone needs to cool down. It’s important to distinguish between good silence and bad silence.”

Don’t be afraid of tough conversations

There are non-accusatory ways to talk about mistakes on the field. “I think that there’s value in those hard conversations,” says Tamminen. She emphasizes that these must be measured, thoughtful and productive. “Maybe you witness something negative that happened to your child during that game, and you need to debrief about it because it can’t sit and fester. These tough conversations can be valuable for the athlete’s development or more broadly for the child’s development and for the parent-child relationship. But you want to ensure that your child doesn’t feel alienated from you, or dread the car ride home. It’s a fine balance.”

The Car Ride Home: An Interpretive Examination of Parent-Athlete Sport Conversations  was funded in part by the U of T Connaught Fund and the Social Sciences and Humanities Research Council.