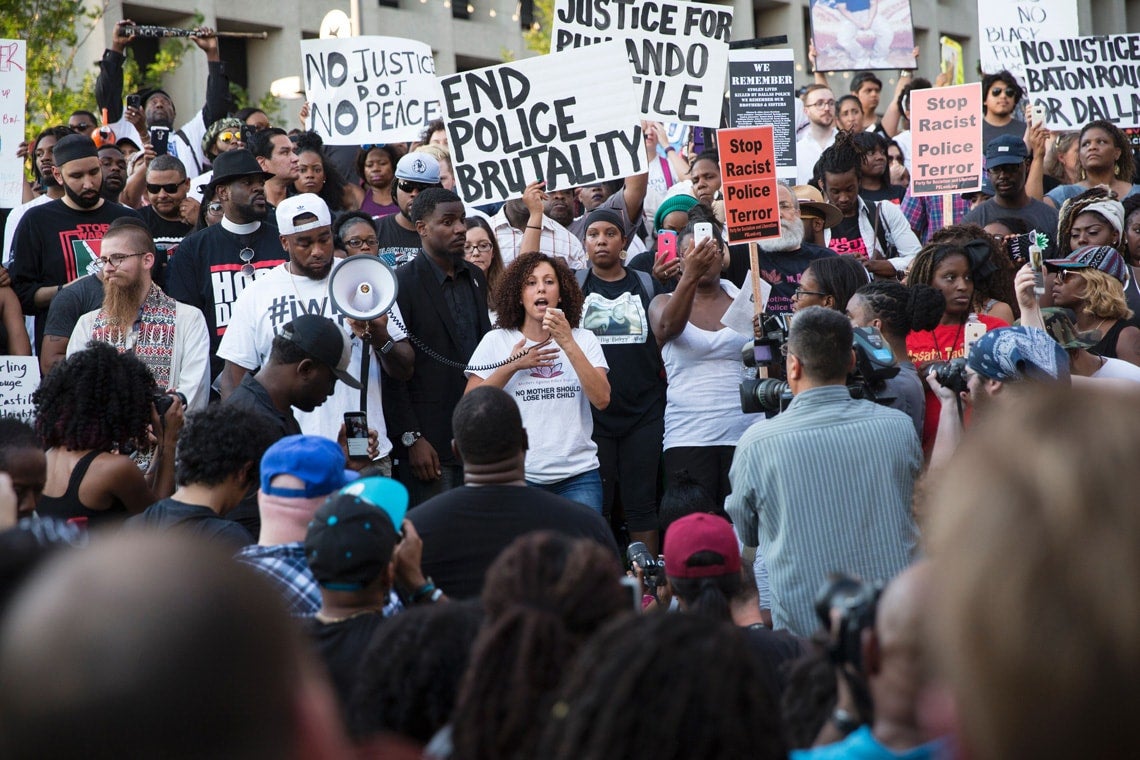 At the rally in Dallas, Texas, on Thursday, July 7, 2016 to protest the deaths of Alton Sterling and Philando Castile before police were killed (LAURA BUCKMAN/AFP/Getty Images)

George Elliott Clarke, Canada's parliamentary poet laureate, is the E.J. Pratt Professor of Canadian Literature at the University of Toronto. An internationally-renowned poet and scholar and the recipient of the Dr. Martin Luther King Jr. Achievement Award, his books include Execution Poems and Whylah Falls.

The murder of Dallas, Texas, law enforcement officers was a cowardly, terrorist response to a recalcitrant, public policy issue: Must black men – especially – inhabit a police state while almost everyone else gets to live in a democracy?

The police repression of black men is not as bad in Canada as it is in the United States, but we have lots of studies that reveal, right here in Canada, how black men – and Indigenous men – are more likely to be harassed, more likely to be arrested, more likely to be beaten or killed while in a dispute with law enforcement, and more likely to be falsely convicted. I argued two years ago in an Op-Ed piece, law enforcement still behaves via-a-vis – black men especially – that we do not have rights to move freely about in the society; that, in brutal fact, the pass laws of "slavery days" still apply to us, for whites feel complete freedom to ask – anytime – who we are, where we're from, where we live, what is our business in any particular place, and, even, "Is that [nice] car really yours?"

While the deaths of white officers and black not-even-suspects (officially) are grievous, we should remember as far back as December 21, 2014, that a lone black gunman shot dead two white New York City police officers in "revenge" for the earlier death-at-police-hands of Eric Garner. The execrable shootings/assassinations of the Dallas, TX, officers can be linked to the new York City incident of 18 months ago.

But we can go back even further here: No less a figure than Malcolm X (1925-65) commanded African-Americans to pick up arms to protect themselves against the violence of white police, who, we should remember, were frequently violators of African-Americans' civil rights during the Civil Rights Movement (1955-65), and were even, sometimes, members of the Ku Klux Klan – a Caucasian, terrorist organization that was mobilized to prevent true black liberation from slavery....Malcolm X's preaching helped to lead to the establishment of the Black Panther Party for Self-Defense (note the last word of their official name) in 1966, and most of the Panther political programme (when it wasn't calling for free food and free schools for kids) was calling for armed self-defence against the "occupying army" of all-white-police officers in black "ghettoes."

Of course, we should also remember that  the BPP demand for militancy and armed self-defence invited the reaction of the Nixon Administration which tacitly unleashed a wave of unprovoked (white) police assassinations of Black Panther Party acolytes, from approximately 1969 to 1973, driving many Panthers into prison (on trumped-up charges) or into exile or into very premature graves. The US Government named this program, "COINTEL," for "counter-intelligence," but its real aim was to prevent the rise of a "messianic" black leader in the U.S. Some have speculated that the assassination of Rev. Dr. Martin Luther King Jr., in 1968, was itself a result of a de facto COINTEL program....

We should also remember here that, sadly but cyclically, human rights and civil rights advances in the U.S. have often occurred as a result of protest – and pursuant brutality. The union movement succeeded more-or-less peaceably in Canada (via elections of the United Farmers of Ontario and then the first-term Hepburn Ontario Government and then Prime Minister Mackenzie King's tilt to-the-Left in the 1945 federal election), but succeeded with much more bloodiness in the U.S., including union infighting, such as that which led to the assassination of Joseph Yablonski in 1970, not to mention the Haymarket Square bombing in Chicago in May 1886, which led to the displacement of Labour Day from May 1 to the current September (and essentially apolitical) holiday. (Note: Police agents provocateurs may have been responsible for the Chicago terrorism of 130 years ago.)

Another case in point: A Buddhist priest set himself afire in 1963 to protest the corruption and anti-Buddhist violence of the corrupt, nominally Catholic regime of the U.S.-backed Republic of Vietnam. But the first public protest in the U.S. against the Vietnam War was the self-immolation of a Quaker Christian – Norman Morrison – on the steps of the Pentagon in November 1965. What I'm getting at here is, sadly, in the American Republic, with Dr. King's salient example as an exception, violence has been the (distracting) norm in drawing attention to significant public issues: Think of John Brown and his violent – terrorist – campaign against U.S. slavery.

Apart from the Riel rebellions and the FLQ terror campaign of the 1960s, Canadians have been spared the kind of violence that wracks the American Republic (and we might remember that Dallas, TX, is also where a sitting U.S. President was assassinated by a fellow American). Our political system is more flexible, for one thing: Only in Canada could the Parti Quebecois go from being a church-basement 'party" in 1968 to achieving power in Quebec in 1976; similarly, the Reform Party, Wild Rose Party, Confederation of Regions Party, and Social Credit Party – not to mention the New Democratic Party – have all been able to find a level of public support, which makes extremism less "necessary" and politically motivated violence less likely.

Still, none of the above precludes aggrieved minorities – whether the "Sons of Freedom" in the 1950s or some Quebecois in the 1960s and/or Native activists at Kanasetake, QC, in 1990 – from instituting State-shaking violence as a means of seeking redress to fundamental disparities. Word to the wise – and to the socially conscious....

I dedicate these remarks to the memory of the great Africadian socialist Burnley "Rocky" Jones.

I end with King:  "We shall overcome."

(For more on the events in Dallas, Minnesota and Louisiana, read a Q & A with U of T experts) 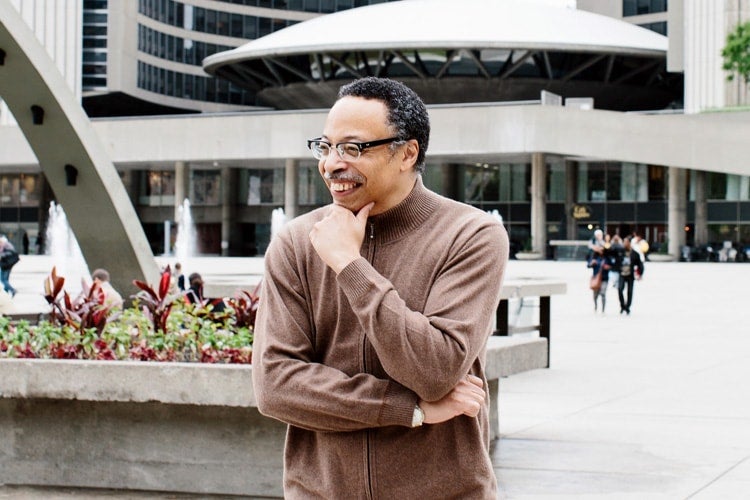