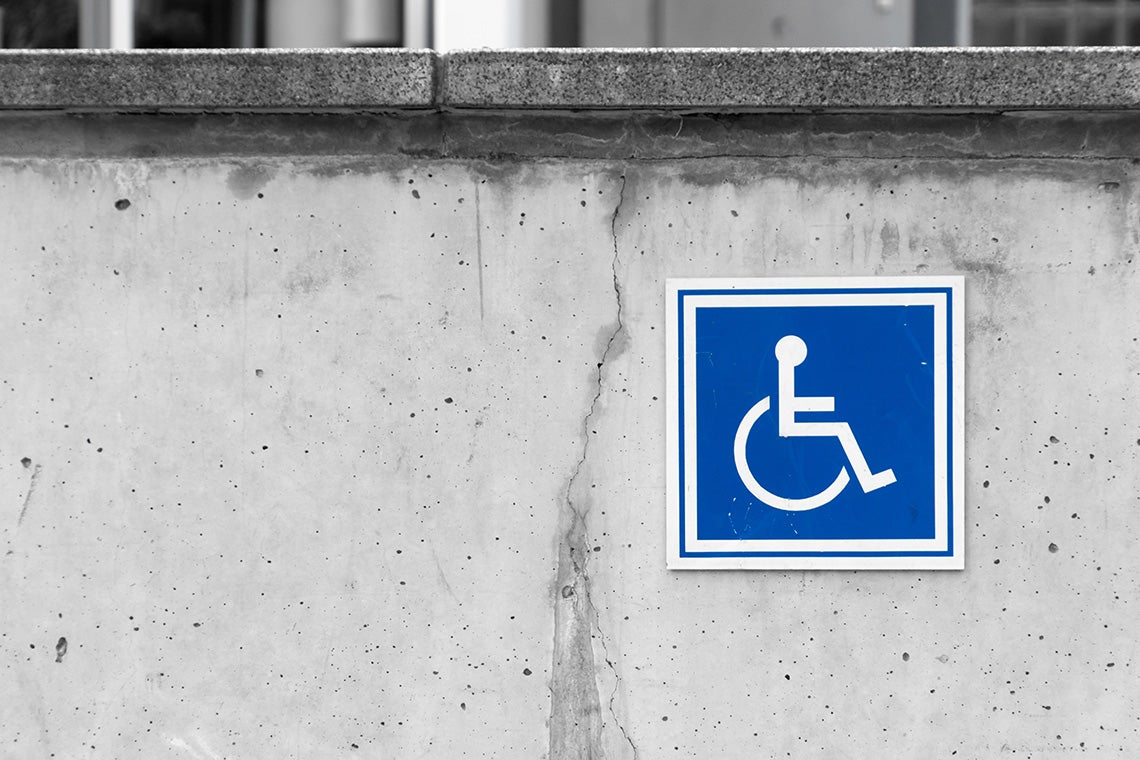 During an ice storm, Cynthia, a woman in her 50s who lives in downtown Toronto and uses a walker, didn't know where she would get her next meal. If she couldn't afford food delivery, her plan was to drink a glass of water and wait to eat the following day.

This is just one of the troubling personal stories that Naomi Schwartz heard while researching food accessibility for people with disabilities living in Canada's largest city.

Schwartz, a PhD graduate of the University of Toronto Mississauga's geography program, along with professors Ron Buliung and Kathi Wilson from U of T Mississauga's department of geography, geomatics and environment, co-authored the study recently published in the journal Disability & Society.

The researchers found that people with disabilities were at considerably greater risk of food insecurity than others – an outcome partially explained by often interconnected physical and economic barriers.

Schwartz interviewed 23 adults with disabilities who use mobility aids or experience physical barriers to their mobility between 2017 and 2018. To get a better understanding of their everyday routines, she accompanied study participants on a “typical food access journey,” usually to the groccery store. 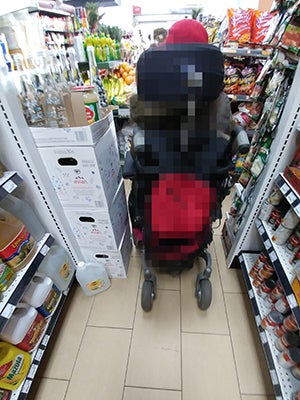 Narrow aisles in stores are one of many barriers to access researchers observed. Photo by Naomi Schwartz

She was surprised by how many small barriers arose throughout the trip – such as garbage cans blocking pathways, inadequate curb cuts and narrow aisles within stores.

“As a non-disabled researcher, it was so important for me to understand the small-level barriers that we don’t necessarily think of,” Schwartz says.

Buliung adds that the study also provides unique insight into the barriers within people’s homes.

“We really wanted to dig into what’s happening in the home,” says Buliung. “When we think about food access we often think about accessibility in the city. We’re often looking outward at destinations… but it seemed a bit rare to look at what’s happening at the home site.”

Within the home, some participants on a limited income or living in subsidized housing lived in spaces that were too small to allow them to move comfortably with their mobility device. Many had inaccessible kitchens, and those in apartments or condos faced potential mechanical breakdowns of important services such as elevators and exterior points of entry.

Among those who used Wheel-Trans – Toronto’s paratransit service which provides door-to-door service at the cost of standard TTC transit fares – people with disabilities sometimes waited for the bus for half-an-hour in freezing weather. Some also said the Wheel-Trans monthly pass, which then cost $146.25, ate up a big part of their income.

Schwartz says she was able to access one food bank with a participant during mobile interviews, but that another participant had indicated some food banks were inaccessible.

“There’s a lot of food banks that might not have a lot of funding themselves, so they’re not running necessarily accessible operations,” Schwartz says.

There are potential solutions to the issues outlined in the study, Schwartz says. More financial support could be given through the Assistive Devices Program for people with long-term disabilities. There could also be greater enforcement and improvement of the Accessibility for Ontarians with Disabilities Act (AODA), legislation that aims to make the province fully accessible by 2025. There could also be a greater emphasis on designing the built environment, including inside and around a person's residence, with people with disabilities in mind.

“Disability needs to be considered further up in the design process, as part of how things are designed from the beginning,” Schwartz says. “We need accessible spaces, and [to] not consider disability as an afterthought.”

Buliung says that, while AODA is supposed to help produce greater accessibility in new builds, processes and access to resources to support retrofit are messy and unclear.

"There is a long way to go before the 'accessible' Ontario vision becomes a reality," he says. "What I really see happening by 2025 is a sort of accessible Ontario, in some places, for some people, some of the time. The presence of AODA does not mean that someone is going to come into your residence and make it suddenly work for you – many of the barriers identified in Dr. Schwartz's work are not simply going to magically disappear in the coming years."

Schwartz adds that offering a basic income supplement or increasing payments through the Ontario Disability Support Program (ODSP) could also be part of the solution. 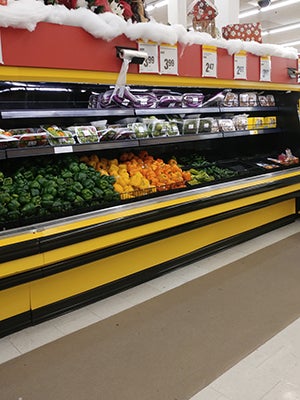 Produce bags hang out of reach for some.
Photo by Naomi Schwartz

“Higher income levels would support so many things in terms of adequate food, but also housing. Or when there’s an emergency, to be able to afford an alternative, like a taxi,” she says. “Flexible income is needed, and right now the levels of income and things like the ODSP are just not adequate to allow that leeway at all. The basic income supplement is hugely important as well. It would just allow so much more flexibility in people’s incomes.”

Ultimately, she hopes that their study can make an impact on people’s lives.

“I hope it can be used to advocate for increases to disability incomes and act as evidence as a need for a basic income program,” she says, adding that she hopes the team’s research can also be used by the food industry to improve accessibility within their services.

Buliung, whose daughter Asha was born with spinal muscular atrophy type 2 and uses a wheelchair, says the issue is deeply personal to him.

“I want a future for my daughter where she doesn’t have to struggle with the issues that we have described in this paper,” he says. “I don’t want her to have to experience food insecurity.”

The researchers have also co-authored two other studies that focus on food insecurity across Canada, including “Disability and food access and insecurity: A scoping review of the literature and Mobility impairments and geographic variation in vulnerability to household food insecurity,” published in Health & Place in 2019.