Acknowledge the past and look forward: New director of Indigenous initiatives to make U of T a welcoming space 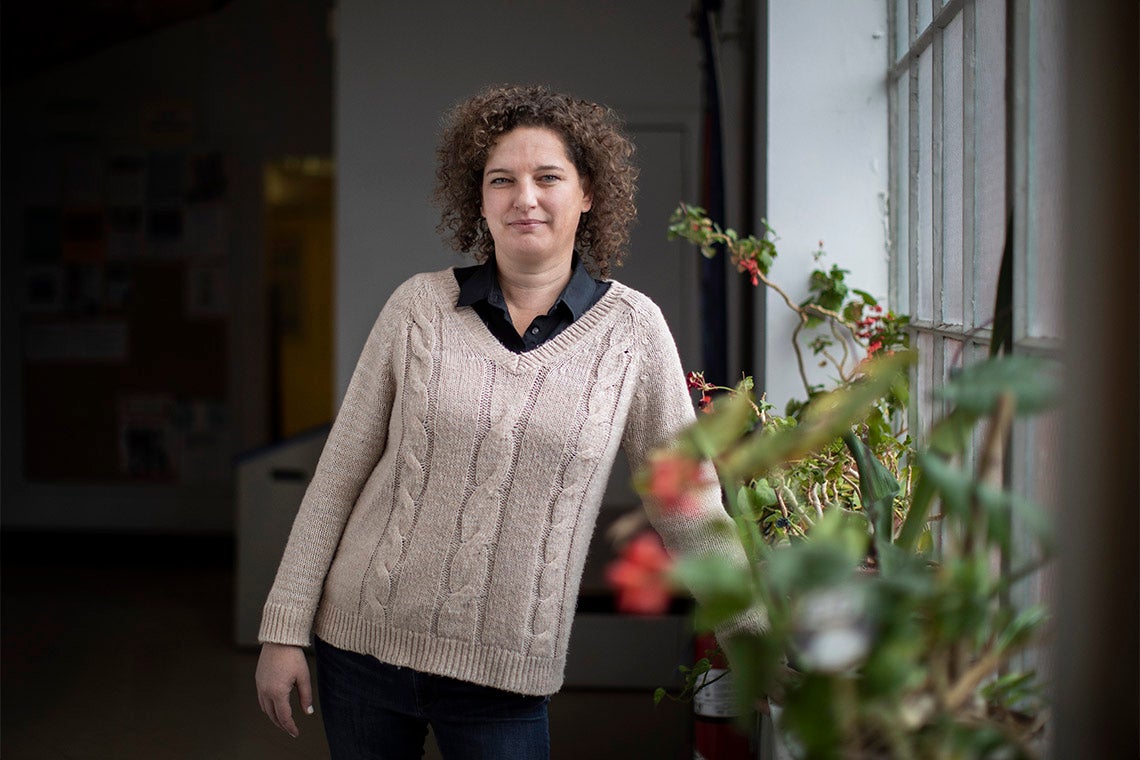 Shannon Simpson, currently the director of First Nations House and Indigenous Student Services, has spent the past 16 years improving Indigenous services and visibility on U of T's St. George campus (photo by Nick Iwanyshyn)

Shannon Simpson, currently the director of First Nations House and Indigenous Student Services, is taking on a new leadership role at the University of Toronto as the director of the Office of Indigenous Initiatives – part of the university’s calls to action in response to the Truth and Reconciliation Commission of Canada.

“So much has changed in the last two years,” says Simpson, a member of the Mississaugas of Alderville First Nation.

“I’ve always felt that the senior leadership at U of T have been really supportive of the work we do at First Nations House, but with the university’s response to the Truth and Reconciliation Commission’s Calls to Action, there has been a real shift in that they want to enact change.”

In her new role, Simpson will continue to guide initiatives such as the Indigenous Landscape project in front of Hart House, which will highlight Taddle Creek and pay tribute to the Indigenous nations that lived alongside it.

“That project is really exciting,” says Simpson. “We don’t exactly know what it’s going to look like yet but I imagine it’s going to be this beautiful, interactive, very obviously Indigenous outdoor space where teaching and ceremony can happen.

“The more we can have visual reminders of whose land this institution lies on, an Indigenous student walking around campus can see and feel ‘I belong here.’ We express it verbally in our land acknowledgements, but visual representations will make those acknowledgements more real.”

Kelly Hannah-Moffat, vice-president, human resources and equity, says Simpson will excel in the the role because of her deep expertise and successful advocacy in bringing Indigenous issues forward to academic administrators and senior leaders at the university.

“Throughout her years at U of T, Shannon has demonstrated her ability to connect with Indigenous staff, faculty and students on the issues that matter to them, and to bring those issues forward to our leaders,” Hannah-Moffat says. “Her expertise, commitment and many years of service have been instrumental in developing the university’s direction towards reconciliation.”

As she takes on a more tri-campus view, Simpson says she is encouraged by the number of Indigenous faculty who have been hired by U of T in recent years. She will work closely with Indigenous faculty members Susan Hill and Suzanne Stewart, both provostial academic advisers, in areas such as mentorship, curriculum development and protocols for community-based research involving Indigenous peoples.

The university has also allocated a fund to hire 20 new Indigenous staff members.

“I am thrilled with Shannon’s appointment as director of Indigenous initiatives as she is an exceptional leader, facilitator and community-builder,” says Cheryl Regehr, U of T’s vice-president and provost.

“The University of Toronto is deeply committed to reconciliation, with one of the priorities being the recruitment of Indigenous faculty and staff. We will continue to act on the calls to action to address the inequities facing Indigenous Peoples in Canada.”

While Simpson is excited to have more staff support on each campus, she says more can be done.

Moving forward, Simpson wants to build on the work that has been done by supporting ongoing efforts to integrate Indigenous content into curricula, develop physical spaces on campus and create pathways for Indigenous applicants to work and study at U of T.

“I think we're heading for a space where Indigenous students feel welcome, they feel like the courses they take are representing their histories,” she says.

“We just want everyone to come into the university and understand that Indigenous curriculum and students, the original and current caretakers of the land, are all being acknowledged and working together.”