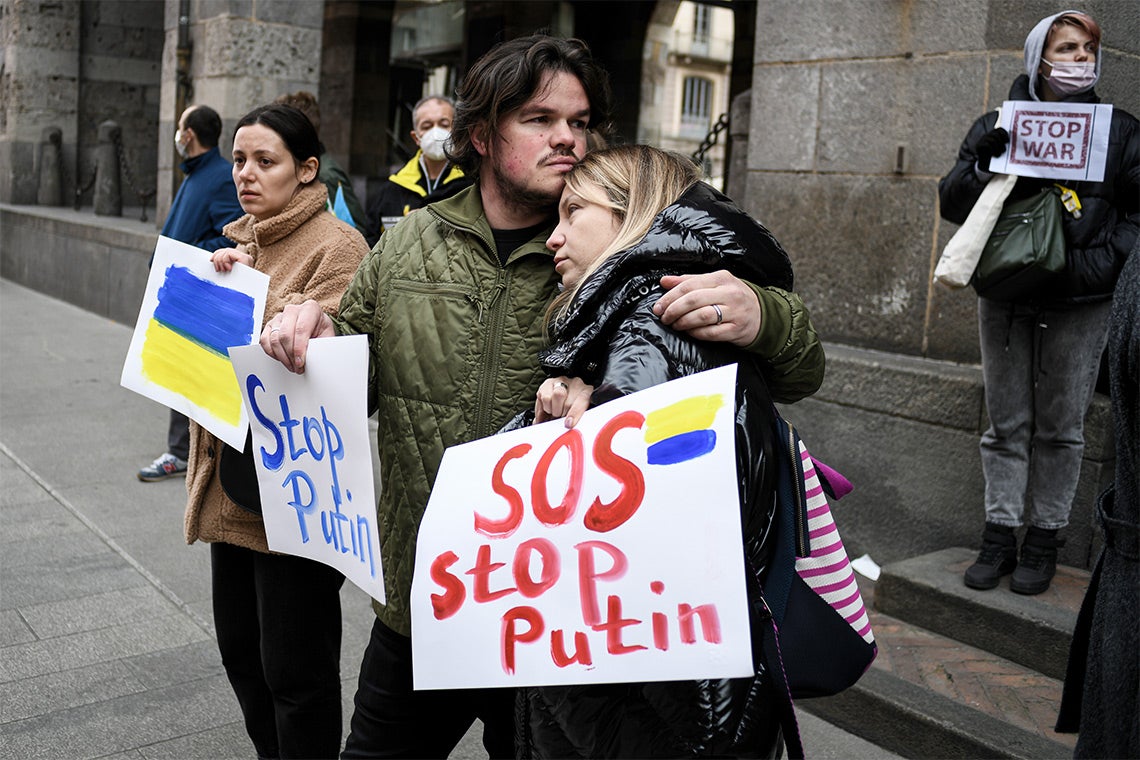 Russian President Vladimir Putin ordered an all-out attack on Ukraine by air, land and sea only days after he sent the Russian military into two separatist regions of the country. 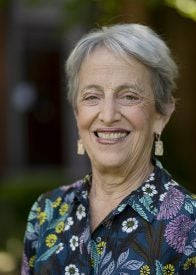 In the wake of the invasion, Western powers, including Canada, announced sanctions and other penalties for what is being viewed as a clear infringement of Ukraine’s sovereignty.

The military operation began even while members of the United Nations Security Council held an emergency meeting at Ukraine's request.

Janice Stein, the founding director of the University of Toronto’s Munk School of Global Affairs & Public Policy and the Belzberg Professor of Conflict Management in the department of political science in the Faculty of Arts & Science, says the window for a diplomatic solution is “vanishing to none,” and that the invasion marks a shift in the world order.

“Great power rivalry, which some had hoped had been relegated to the ashbin of history, is back with a vengeance,” she said.

The Munk School is hosting a panel discussion on the topic of Ukraine on Feb. 25 that will be hosted by Peter Mansbridge.

Stein spoke about the unfolding crisis in an interview Thursday morning with the Munk School’s Lani Krantz.

With the attacks overnight, Putin has acted on his threats of war. How far can we expect Russia to take this?

Formally, Russia invaded on Monday when it sent its troops over the border into the republics of Luhansk and Donetsk, which President Putin has recognized as independent. The war began eight years ago and escalated when Russia bombarded all of Ukraine’s cities and its tanks and artillery rolled across the border. Does Putin plan further escalation? Only he knows, but early military action suggests a wide and deep offensive in Ukraine – far beyond the “peacekeeping” operation in Luhansk and Donetsk that Putin ordered officially.

In that aggressive and angry speech he delivered a few days ago, Putin made sweeping claims about restoring greater Russia and argued that Ukraine became independent only through the foolish mistakes of past Russian leaders. Ukraine has declared a state of emergency, mobilized its reserves and its national guard, and ordered its citizens to take shelter, but its armed forces are badly outnumbered by Russian forces.

Can you explain how the recent escalations marked a departure from what was happening before?

In 2014, Russia annexed Crimea and sent militia forces over the border into parts of Donetsk and Luhansk. Today, regular Russian military forces began a bombardment of all of Ukraine and sent ground forces across multiple points in Ukraine, far beyond Donetsk and Luhansk. The fabricated stories of fighting in these two provinces were clearly the pretext for a full-on invasion.

What is NATO’s role?

NATO, a collective defence organization, is obligated to come to the defence of its members. While Ukraine is not a member of NATO, several former Soviet republics that now border Russia are – Latvia, Lithuania and Estonia, as well as Poland and Romania. NATO is currently reinforcing its deployment in Latvia, and Canada is sending additional forces. NATO will try to support the Ukrainian resistance with weapons and supplies, but will find it challenging to do because Russia already controls the air space over Ukraine. It will not send troops to Ukraine. Ukraine, in other words, stands alone in the face of the Russian attack. Europe, the United States, Canada and Japan are all responding with increasingly serious economic sanctions, but these sanctions will not deter Russian forces.

Is there a path back to more peaceful relations?

The window for diplomatic activity is vanishing to none. Putin seems to be seeking the political decapitation of the Ukrainian government as well as the occupation of parts of Ukrainian territory that matter to Russia. Ukraine’s independence will be fatally compromised. This is absolutely tragic for Ukraine, which finds itself the victim of aggression by its powerful neighbour, but terrible as well for Russia.

What is at stake in terms of global security?

European confidence in the foundational norm that the borders of a sovereign state cannot be changed unilaterally by force has been shattered. A Russian attack marks the end of one era and the beginning of another of complex, trilateral great power rivalry with European confidence in its own security shaken to the core. Great power rivalry, which some had hoped had been relegated to the ashbin of history, is back with a vengeance.