'This is about caring for each other': Fred VanVleet talks mental health at U of T's Goldring Centre 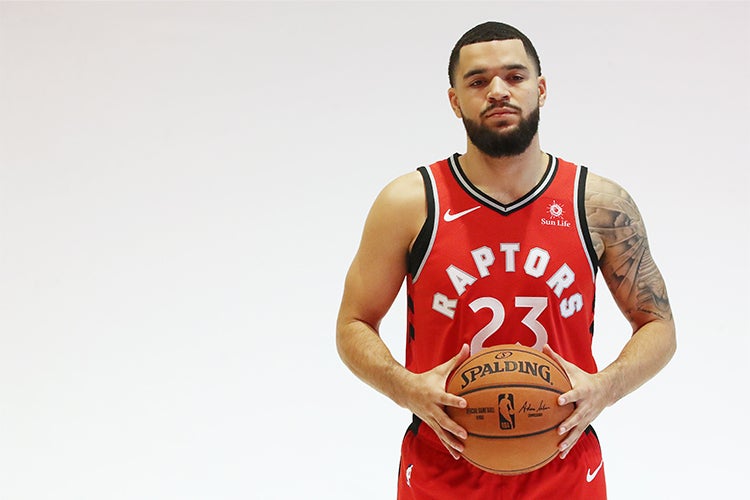 Toronto Raptors point guard Fred VanVleet knows adversity. From grinding it out in summer leagues after missing the 2016 NBA draft to chipping a tooth in game four of the NBA finals, VanVleet has regularly displayed the mental toughness preached to him since he was five years old. But being told over and over again to be tough, to leave your emotions off the court, takes a toll on an individual’s mental wellness.

“I was closed off for a long time,” VanVleet said during a panel talk he gave at the University of Toronto’s Goldring Centre for High Performance earlier this week.

U of T’s Basketball Excellence Program partnered with the nonprofit organization Everyone Has a Story to bring the event, dubbed The Right Conversation, to campus. Moderated by Corey Yeager, a psychotherapist for the Detroit Pistons, the talk featured VanVleet, Toronto Raptors Assistant Coach Brittni Donaldson, shoe designer Dominic Ciambrone, musician JP Saxe, entrepreneur Jaclyn Genovese and JD DuBois, the founder of Everyone Has a Story and the former Toronto Raptors assistant coach.

“We started this panel process to normalize this conversation,” Dubois said, referring to the stigmatization of mental health.

Dubois founded Everyone Has a Story in 2016 in Salt Lake City, Utah. The organization’s mandate is to “promote compassion for others one story at a time.” This involves social outreach programs like the Lunch Bag Project, where 2,000 lunch bags were distributed to the homeless, as well as education initiatives such as the mental wellness panel. Dubois uses his NBA connection to draw in big names – like VanVleet – to talk about issues they’ve encountered and how they’ve dealt with it. 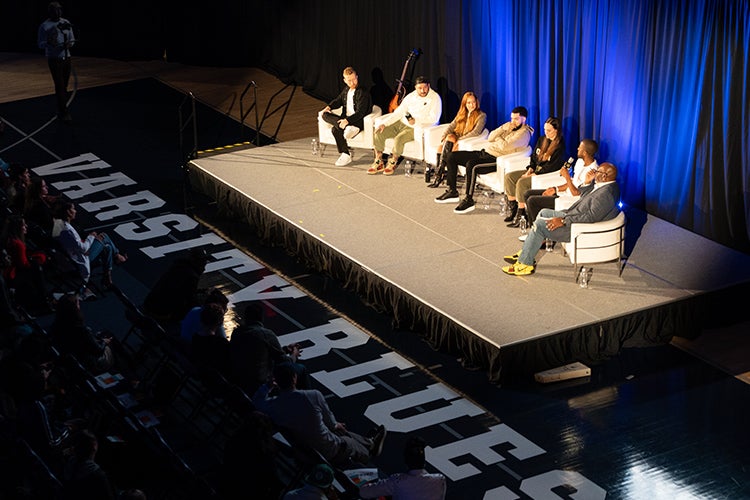 Yeager opened the panel by having each speaker touch on a mental health issue they’ve encountered. Ciambrone’s confession cut the deepest, admitting that his recent work schedule had taken a toll on his mental wellness. “I’ve been travelling for the last year straight,” he said. “Recently, it’s been getting to me.”

Ciambrone has struggled with mental health issues in the past. At age 24, clouded by a haze of drug abuse and anxiety, Ciambrone jumped out of a second-story window. While recovering, he was medicated and left in psychiatric care. “They told me I’d be on the medication for the rest of my life,” he said. But since then, Ciambrone has managed to put the medication behind him by making mental wellness a priority.

DuBois also opened up about his encounters with mental health. As a young man growing up in Los Angeles, he saw a number of his childhood friends murdered. But there were no support systems in place to help him deal with the trauma. “One of my coaches – I won’t mention his name – used to tell us the only funeral we were allowed to miss practice for was our own,” he said. “The community that I come from, when it comes to mental health, is underprivileged, over-diagnosed and underserved.”

Yeager then transitioned the conversation to ways in which people can improve their mental health.

Genovese brought up the importance of vulnerability. “The more vulnerable I’ve found I am, the more intimate I can be with a person,” she said. The panelists all agreed that talking to someone about your issues is the best way to bolster mental wellness.

VanVleet, however, clarified that mental wellness is not synonymous with happiness. “I don’t feel like I have to be happy all the time,” he said. Instead, he preached letting go of the things you can’t control and only worrying about the things you can.

One of the things you can control is being aware and supportive of other people’s mental wellness. “I ask my guys how they’re doing. It sounds simple, but you’d be surprised,” VanVleet said. “This is about caring for each other. It’s hard to care about people you don’t know, and it’s hard to know someone if you don’t talk to them.”

The panel was followed by a Q&A and a musical performance by JP Saxe.