500 years later: What the Reformation can teach us about fake news today 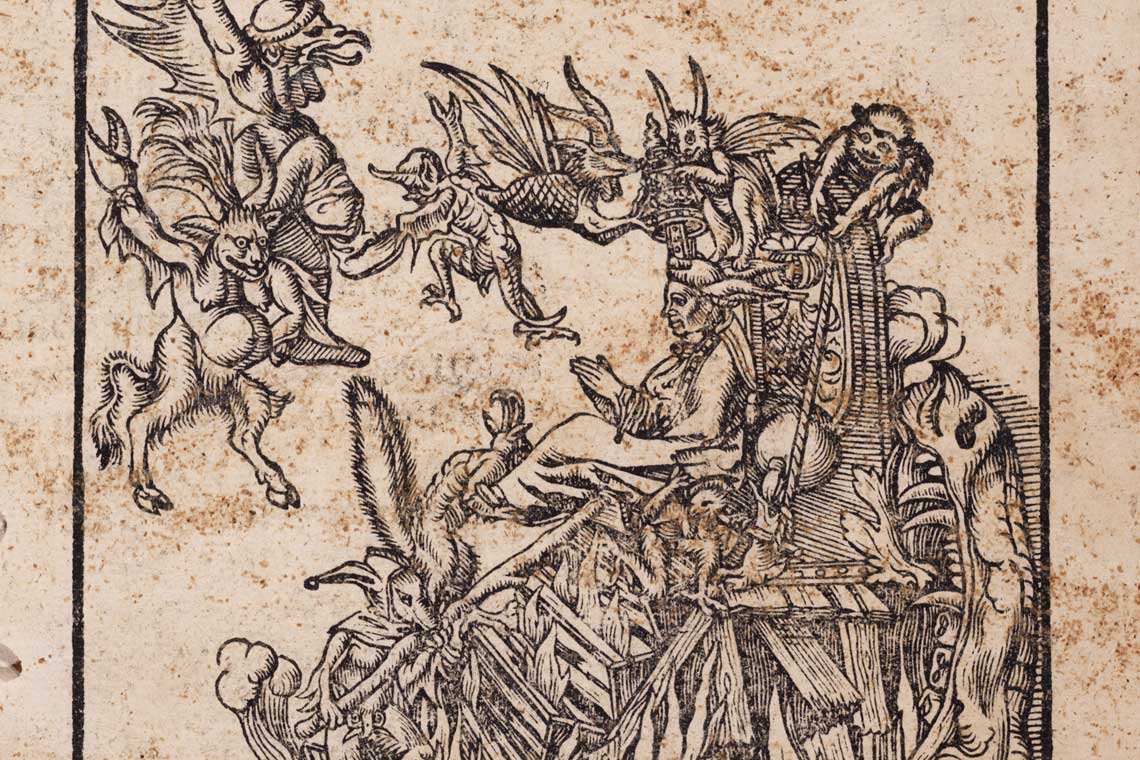 Pro-Lutheran, anti-Catholic propaganda will be on display at a Fisher Library exhibit exploring the Reformation (all images courtesy of Thomas Fisher Rare Book Library)

A new technology emerges that allows people to spread information to massive groups of people faster than ever before. While it’s used to promote new ways of thinking and believing, it also helps to incite fear and anger to amplify a cause.

It’s an apt description of the age of social media, but it can just as easily apply to a movement 500 years ago that changed the course of history in Europe and the world: the Reformation.

Flickering of the Flame: The Book and the Reformation, a new exhibit at University of Toronto’s Thomas Fisher Rare Book Library, explores the role of the printing press in bringing about the religious and cultural revolution that gave rise to Protestantism.

This October marks the 500 years since Martin Luther published his 95 Theses – a series of documents nailed to the door of a church in Germany outlining what he claimed were abuses by the Catholic Church.

With the help of the printing press – a relatively new invention at the time – Luther was able to spread his ideas fast, gaining a following but making him an enemy of the Catholic Church.

“The Reformation anniversary is much more than an anniversary of the splintering of Christianity, it's one of those moments that marks the beginning of the modern era,” says P.J. Carefoote, cataloguer and reference librarian at Fisher Library and curator of the exhibition.

The extensive exhibition draws from the library’s impressive collection of books and documents from before, during and after the Reformation, to tell the story of how it came to be, how it spread and its impact.

It includes an original indulgence – a document Catholic believers could pay for to lessen punishment for their sins. Proof, according to Luther, of the church’s corruption. 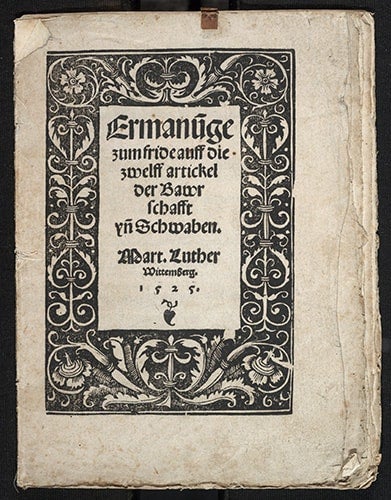 Some of the most significant texts on display are the pamphlets distributed by Luther and his followers (example seen left).

“Luther and his friends realized that big books are important, but people aren't going to read them,” says Carefoote. “Eight-page pamphlets can be typeset and printed within two days, out on the street, selling for next to nothing – and that's how the message of the Reformation gets spread really, really quickly.”

This form of mass communication meant the Catholic Church lost full control over the spread of information in Europe.

“The pamphlet is effectively the Twitter of 1517,” says Carefoote.

Just like the Reformation era, the age of social media has eroded the role of the information gatekeepers – the Catholic Church in the 1500s and journalists today, says Paul Rutherford, professor emeritus of history in the Faculty of Arts & Science.

“For a while, journalists functioned as gatekeepers – they manufactured and controlled the distribution of the news,” he says. “With the internet, that has begun to break down. That doesn't mean they don't exist anymore, or they don't have influence, but the degree of power they have has been much reduced.”

This has warped the understanding of truthful reporting – leading to the rise of fake news online, he says.

“There has been at a variety of levels – both popular and elite – the recognition that truth is no longer a single property,” says Rutherford. 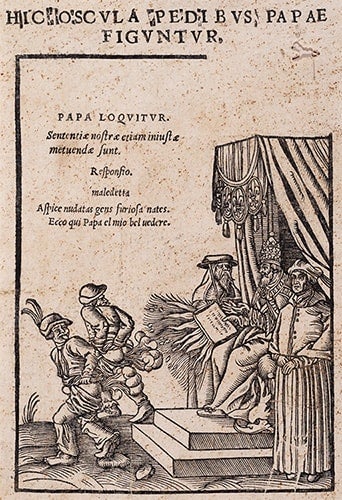 The Fisher exhibition also explores the propaganda employed by both Luther and the Catholic Church. Often vulgar and gory (like the image on the right), they were used as a sympathetic ploy.

“All the various ways they figured out how to kill someone, depending on which side they're on, they depicted it,” says Carefoote.

The Reformation was more than just a war of words: It turned violent, creating religious refugees on both sides – many of whom fled to North America. Texts in the exhibit help to tell that story.

While Flickering the Flame was exciting to curate, there’s one moment that will stick with Carefoote.

“It just worked out, not by intent, but when I was numbering all the entries to send to the printer, there were 95 entries – and of course, there were 95 Theses,” he says. “That was serendipitous.”