$2.3-million grant awarded to U of T researcher and two biotechnology companies for Parkinson’s drug development 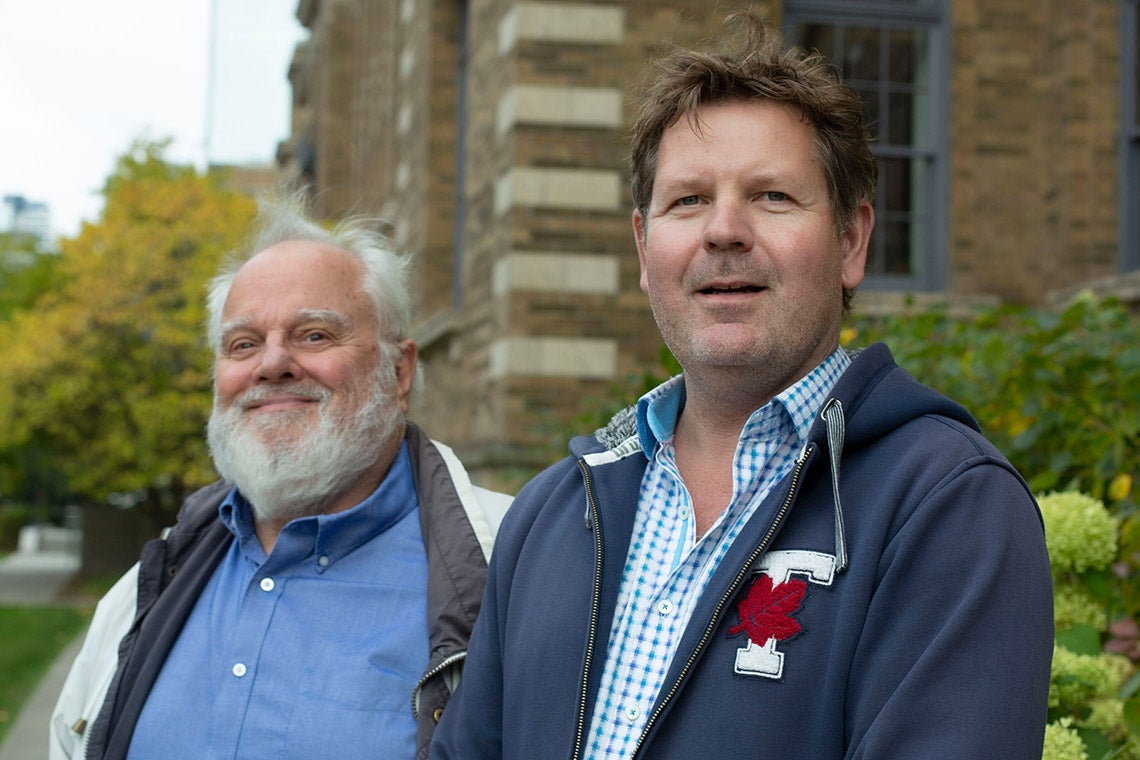 Peter Lewis (left) and G. Angus McQuibban will benefit from the grant from Genome Canada to develop drugs for Parkinson's disease

A $2.3-million grant has been awarded to a University of Toronto researcher involved in a partnership with Cyclica and Rosetta Therapeutics to develop drugs for Parkinson’s disease.

The three-year grant from Genome Canada is to support drug discovery related to treating people with the long-term neurodegenerative disease and will involve the use of artificial intelligence and machine learning.

The grant’s recipients are G. Angus McQuibban, an associate professor in U of T's department of biochemistry and chief scientific officer of Rosetta Therapeutics, and Cyclica, a biotechnology company in Toronto that uses artificial intelligence.

In the initiative, McQuibban’s lab will spearhead the research, Rosetta will drive drug development and Cyclica will be the in silico technological lead, says Lewis.

“This is an unusual endeavour in our project because it combines in silico, in vitro and in vivo methods. The general concept is to accelerate the drug discovery process taking advantage of all these advances in deep learning and machine learning, which has come to the fore in the last few years,” says Lewis.

In April 2017, a partnership was announced between Lewis and the McQuibban lab at U of T and Cyclica, which specializes in using artificial intelligence and computational biophysics in the drug discovery process.

The partnership focused on the labs’ use of Cyclica’s Ligand Express platform, which focuses on drug discovery informatics and polypharmacology.

The recent Genome Canada grant is to improve on the screening of proteomes in the computer simulation process, known as in silico, in drug discovery. The grant will also enhance Ligand Design, which is also produced by Cyclica.

It is also to improve the technologies used in drug design, especially as it pertains to drug discovery for neurodegenerative diseases.

“An important contributor in the decline of productivity in pharmaceutical development is the traditional focus on single target drug design, in which molecules are designed for one protein target. In practice, however, a drug is likely to interact with a number of proteins, sometimes up to 300 in the body, leading to unforeseen and adverse side effects,” says the Genome Canada announcement about the grant.

The Genome Canada announcement said Cyclica and McQuibban’s lab “will seek to identify novel solutions for Parkinson's disease, which will be commercialized jointly by Cyclica and Rosetta Therapeutics.”

“The McQuibban Lab has established assays to substantiate the Cyclica AI predictions. It is expected that these validated platforms will assist Cyclica in further quantifying the benefits of their platforms, including the potential time and resources saved during drug development,” said the announcement. 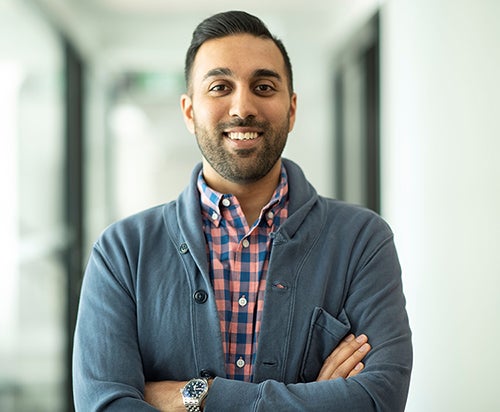 “Neurodegenerative disease is highly complex, and because of its complexity, for the past 20 years, it has not been adequately addressed. Patients are still waiting and suffering. A new way of thinking is necessary,” he says. The development of drugs to treat neuro-degenerative diseases is much needed, says Kurji.

“This collaboration is first-in-class and best-in-class, and will go about addressing that need in the right way,” he says.

McQuibban, who is the James and Anne Nethercott professor at U of T, says his research focuses on mitochondrial biology.

His work now includes small molecule screening and how that might factor into developing new ways of treating neurodegenerative disorders like Parkinson’s.

“Instead of one protein causing one disease, we’ve discovered this pathway – this multi-factorial pathway called mitophagy, which is relevant to many neurodegenerative diseases. So, the idea with the partnership is mitophagy has dozens of important proteins, many of them linked to these diseases, so we can attack the whole pathway and use it as a therapeutic approach,” he says.

Developing a successful drug can take more than a decade, he says, from the initial discovery to a finished drug that has passed clinical trials.

There is currently no drug that exists that can successfully stop the progression of neurodegenerative diseases, says Lewis.

The team hopes to change that.

“University of Toronto is one of the world’s centres for research in neurodegenerative diseases,” Lewis says. “We have an outstanding history of research in that area.”