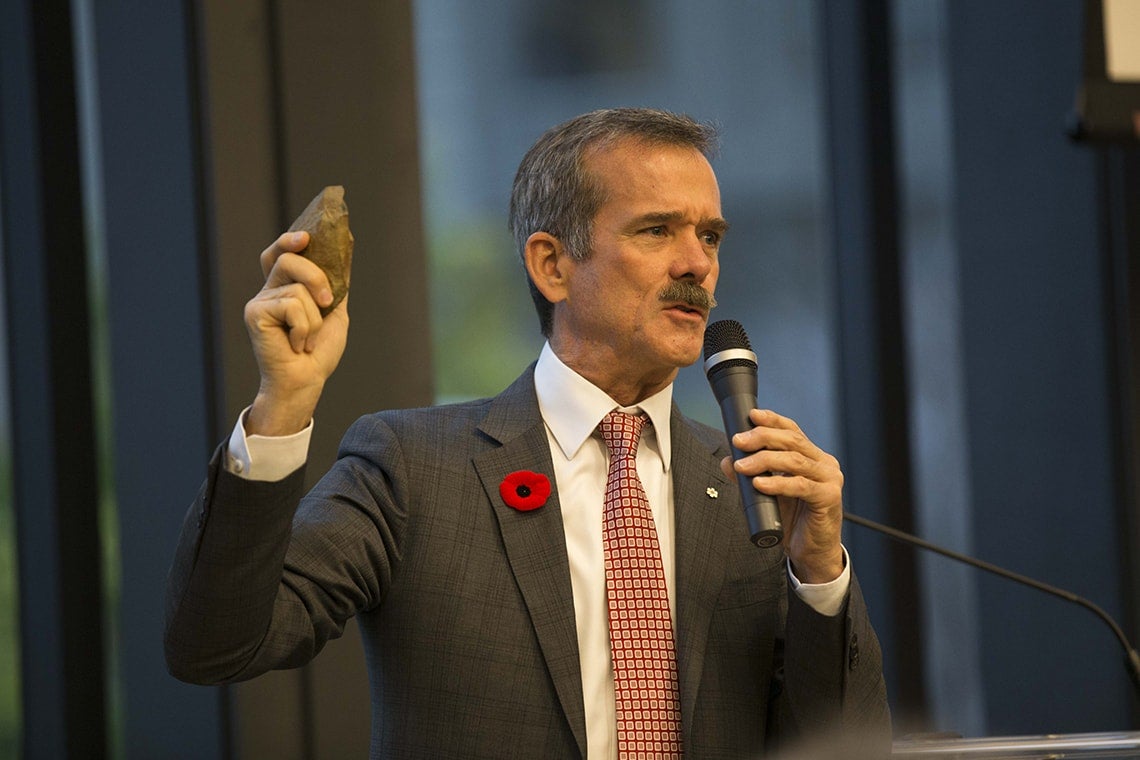 The story of humankind has always been one marked by disruptive technologies, from the first stone tools to the Gutenberg printing press, Galileo’s telescope and now, perhaps, the final frontier – artificial intelligence.

That's what astronaut Chris Hadfield, former commander of the International Space Station, told a rapt audience at the University of Toronto to help open the Machine Learning and the Market for Intelligence conference.

“The sky is not the limit," he said. "I’ve lived above the sky, and I know it’s just the start of our opportunities.”

Now in its second year, the conference at the Rotman School of Management attracted approximately 600 delegates – an international who’s who of tech CEOs and industry leaders, top AI researchers, entrepreneurs, investors, media and government officials including Canadian Minister of Innovation, Science and Economic Development Navdeep Bains.

The conference, which explores what comes next in the booming AI field, is a natural fit for U of T to host as a global leader in artificial intelligence and big data research. For startups alone, the Rotman School's Creative Destruction Lab is home to 50 artificial intelligence companies – considered one of the greatest concentrations of AI companies in any program in the world.

Among the most renowned names in AI is U of T's Geoffrey Hinton, an emeritus professor of computer science who holds the title of University Professor, the highest distinction U of T bestows on its faculty. Hinton now splits his time between the university and Google.

Ontario Premier Kathleen Wynne, who presented the award with Toronto Mayor John Tory, thanked the trio and the Canadian Institute for Advanced Research fellows for persevering in their groundbreaking AI work from when they were considered on “the lunatic fringe” to now being global leaders in this booming field.

“Thank you for helping put Canada on the AI map,” Wynne said. 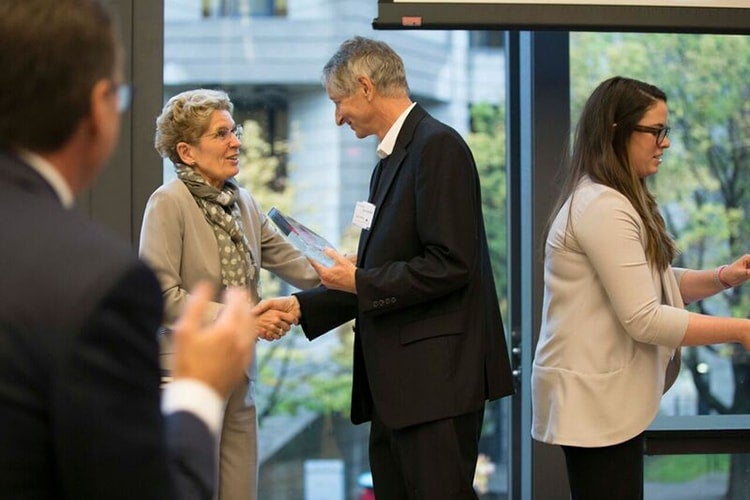 Hinton was also praised by Steve Jurvetson, an American businessman and renowned venture capitalist who fosters companies at the forefront of technology, for “decimating the field” in artificial intelligence a few years ago when his neural network approach to AI research took off in a big way.

When asked to predict what the next big discoveries might be in the field, Hinton suggested researchers may discover “new models of neurons" that work better than standard logistical units, and we may get better “at using huge neural nets with huge numbers of parameters on relatively small datasets.”

Earlier in the day, Hadfield said that despite the remarkable technological achievements we have made – from colonizing space to sending rovers and probes to other planets – we, as a society, remain leery of change.

Like scribes facing the advent of the printing press, we worry about being displaced by technology, which can do things better, faster and cheaper, he said. And when it comes to artificial intelligence ‒ thanks to science fiction – we also worry about how we remain in control of the intelligence we’re creating without it destroying us, he added.

“How do we not become Dave?” Hadfield asked the crowd after playing a classic clip from 2001: A Space Odyssey where HAL, a computer system powered by AI, refuses to open the pod doors to the spaceship for the astronaut Dave Bowman.

When faced with these challenges in the past, “we always found ways to prevail,” Hadfield said.

Making sure we’re educating young people with the right skill sets is the key to making sure these changes or new technologies are integrated and benefit us. 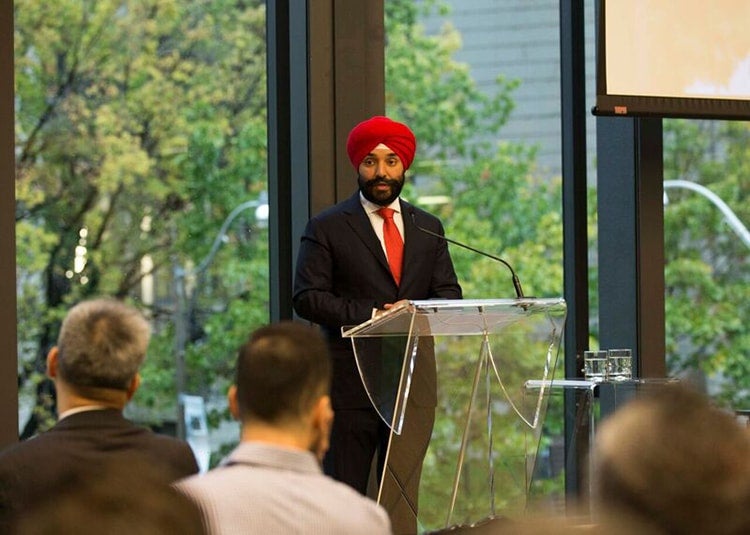 Ajay Agrawal, professor of strategic management at Rotman and founder of the Creative Destruction Lab, said he believes 2016 is the turning point for artificial intelligence – just like 1995 was for the Internet.

As such, he predicted a dramatic drop in the cost of prediction or inference, arising from artificial intelligence and machine learning algorithms. This will mean increasing demand for jobs where judgment is needed and a drop in jobs where prediction is the required skill, he said.

Shivon Zilis of Bloomberg Beta, a $75-million venture fund that invests in and creates early-stage technology companies, agreed with Agrawal that 2016 seems to be the year for AI.

Since 2014, she has conducted research into more than 2,500 startups to create an annual Machine Intelligence Landscape. The document serves as a primer on the state of the industry, defining various implications for entrepreneurs and investors.

These days, Zilis said, her company has more interaction with corporations – rather than startup founders – reaching out for information on how to build data science teams and how best to approach integrating data science into their businesses.

The daylong conference featured approximately 40 AI startups from around the world and also included panellists such as: 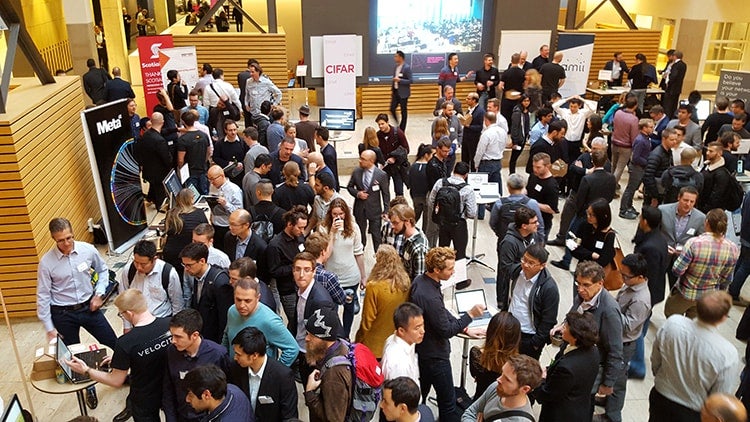