U of T recognizes outstanding faculty 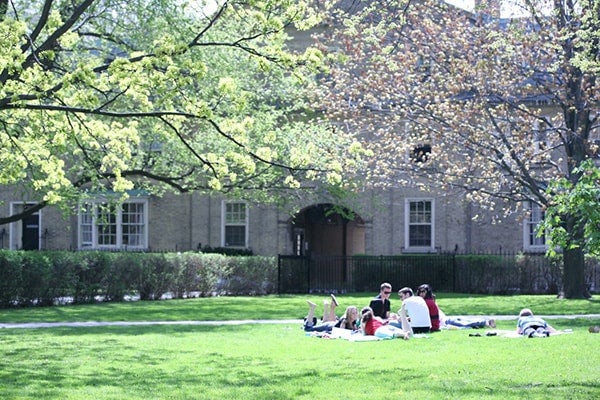 U of T recognizes outstanding faculty

Four outstanding faculty have been named University Professor − the highest academic rank awarded by the University of Toronto, the provost announced Friday.

“We are fortunate to have some of the world’s leading scholars teaching and conducting research here at the University of Toronto,” said Professor Cheryl Regehr, U of T vice-president and provost. “I’m delighted we are recognizing four of these extraordinary faculty members with the distinguished rank of University Professor.”

A professor of philosophy, Misak is also the former provost of the University of Toronto. Her research spans American pragmatism, the history of analytic philosophy, moral and political philosophy and philosophy of medicine. The author of many papers and five books, Misak has also been a Rhodes Scholar, a Humboldt Research Fellow, a Visiting Professor of Philosophy at New York University, and a Visiting Fellow at both St. John's College, Cambridge and Trinity College, Cambridge. She has been the recipient of a Humboldt Research Prize and a Guggenheim Prize. Misak was made a Fellow of the Royal Society of Canada in 2001.

“By recognizing Cheryl Misak as a University Professor, we’re catching up with an international academic community that has honoured her scholarship time and again,” said Professor David Cameron, dean of the Faculty of Arts & Science.

“There has even been a conference at St. Andrew’s University entitled “Truth, Morality & Democracy: Themes from Cheryl Misak’s Work. That she has established this global reputation and still managed to devote 12 years to serve the University of Toronto as a vice-dean at UTM, as chair of the department of philosophy and as provost is utterly remarkable.”

A professor of psychology, Moscovitch has spent most of his career at the University of Toronto. He is best known for his work on the cognitive and brain basis of memory and has also made important contributions to research on face-recognition, attention, and hemispheric specialization. Highly regarded for his teaching and mentorship as well as his research, he has been the recipient of the Hebb Award, the William James Award, and CNS Award and holds the Max and Gianna Glassman Chair in Neuropsychology and Aging. He has published more than 300 papers, edited five books, and served as co-editor-in chief of Neuropsychologia.

“Professor Moscovitch’s work has led to improved understanding of the different types of memories that people form, as well as the impact of damage to specific regions of the brain.,” Cameron said. “He is known for being especially gracious in crediting much of his research success to the more than 70 graduate students and postdoctoral fellows he has supervised over his career.  They, too, have benefitted directly from his wisdom.

A professor of molecular genetics, Dr. Andrews is the director of the Donnelly Centre for Cellular and Biomolecular Research and an alumna who completed her PhD in medical biophysics at U of T. Dr. Andrews’s current research interests include analysis of genetic interaction networks in budding yeast and mammalian cells. She sits on many editorial and advisory boards and is the founding editor-in-chief of the journal Genes|Genomes|Genetics, an open access journal of the Genetics Society of America. Andrews is an elected Fellow of the Royal Society of Canada, the American Association for the Advancement of Science and the American Academy of Microbiology.

“As an accomplished researcher and academic leader, Professor Andrews is advancing genomic research in Canada, said Professor Trevor Young, dean of the Faculty of Medicine. “Her work, often in close collaboration with colleague Professor Charles Boone, has used yeast modeling to unlock the complex interaction between genes to provide us with a stronger understanding of human biology.

“In addition to her own work, Professor Andrews’ leadership of the Donnelly Centre has helped to shape it into a preeminent research centre for cellular and biomolecular research. She is a strong advocate for fundamental scientific inquiry and collaborative research.”

Her clinical practice involves lymphomas and GU cancers and she has authored more than 350 peer-reviewed articles and book chapters. Gospodarowicz has been the recipient of such awards as the Gordon Richards Lectureship, the May Cohen Award for Women Mentors, the Janeway Medal, and the ESTRO Lifetime Achievement Award. In 2015, she was appointed Officer of the Order of Canada.

“Dr. Gospodarowicz’s tireless efforts to fight cancer are known around the world,” Young said. “As the Chief of the Radiation Medicine Program at Princess Margaret Hospital/University Health Network, she is leading a team that is providing outstanding care to cancer patients in our region.

“Through her research, as well as her leadership within international organizations – including serving as the first female president of the International Union Against Cancer – she is having a global impact on the fight against cancer. She is driven by her commitment to patients and ensuring they get the best treatments possible.”

See the complete list of University Professors at U of T.