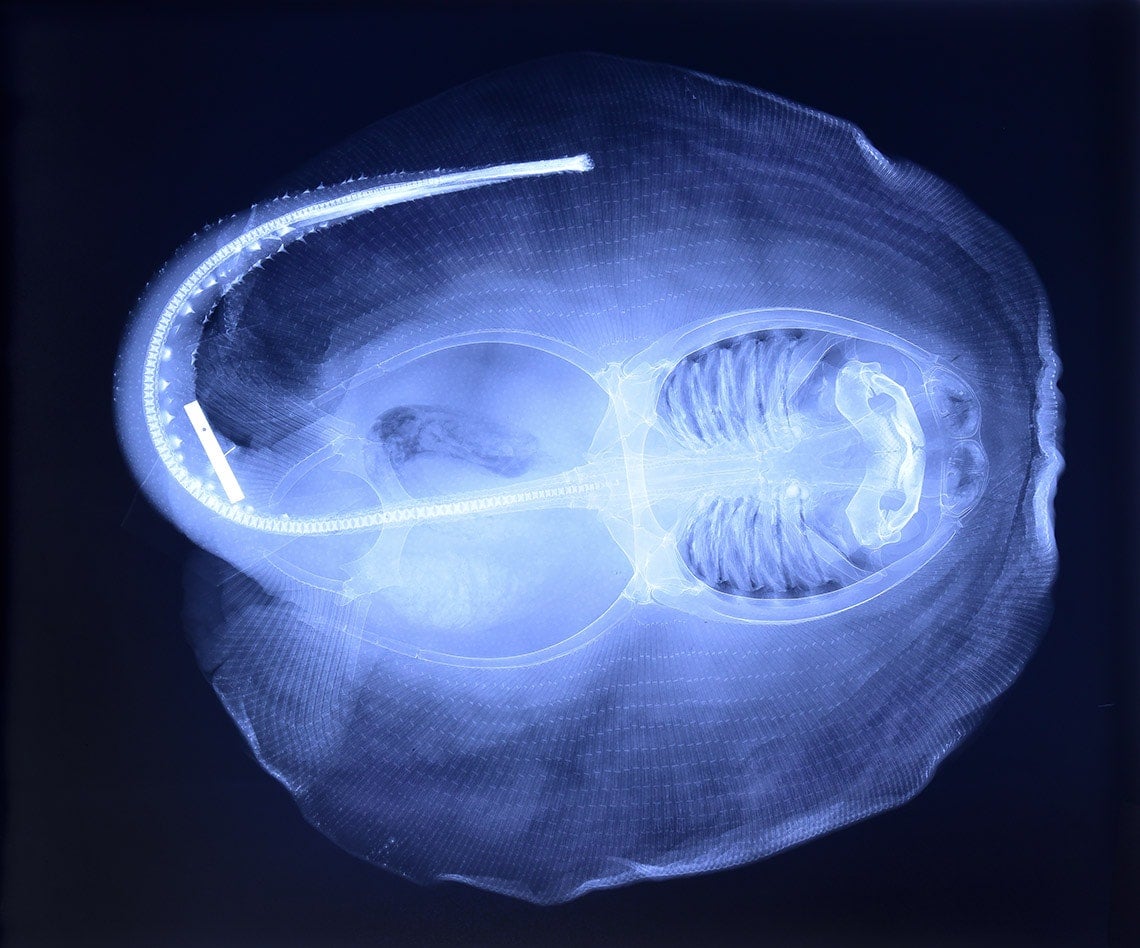 A new University of Toronto study has found that some freshwater stingrays from the Amazon chew their food in a similar fashion as mammals.

Using a combination of high-speed video and CT scans Matthew Kolmann, a recently graduated PhD in the lab of U of T Scarborough's Nathan Lovejoy found that as the freshwater stingray Potamotrygon motoro eats it protrudes its jaws away from its skull, shearing from side to side in the process.

“It’s pretty extraordinary when you think about it – here’s this bizarre-looking fish from the Amazon that evolved these behaviors separately from mammals, but chews its food just like a cow or a goat,” he says.

Kolmann was first drawn to the question of how P. motoro and its close relative, Potamotrygon orbignyi, eat their prey after finding out both species feed on aquatic insects, unique for a family that also includes sharks, skates and other stingrays. 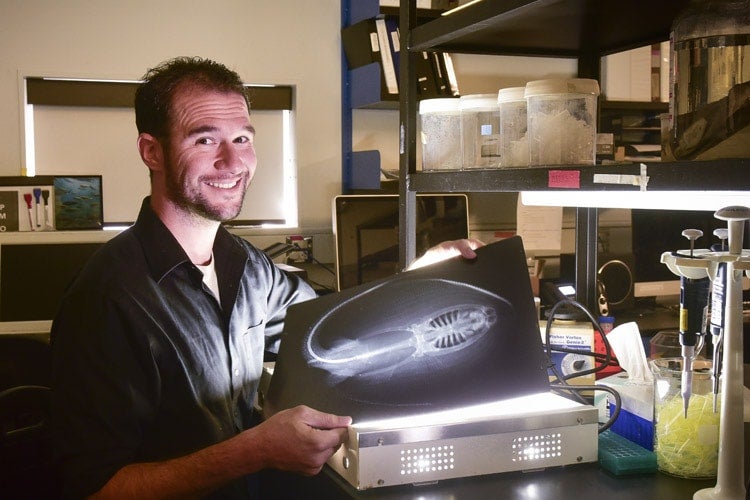 Stingrays have fins that encircle their head called a disk. They catch prey by lifting up the front part of their disk, which draws water and prey underneath, much like a suction cup. Once rays have trapped their prey, they grab it by rapidly protruding their jaws, shredding and tearing it apart.

“They don’t actually use their mouth to catch their prey, which suggests that parts of the mouth can evolve away from that specific purpose and may be driving the novelty of this chewing behaviour,” Kolmann says.

Chewing was thought to be unique to mammals – including humans – and one of the key innovations for their success over the past 65 million years, notes Kolmann. Chewing allowed mammals to fuel their warm-blooded (endothermic) metabolism with tough or robust prey that would otherwise be too costly to ingest without breaking it down first.

“Both mammals and these stingrays – two groups that have little to do with each other – developed a similar solution to tackling a bio-materials problem, and that is how to break down tough prey,” he says.

Freshwater stingrays evolved to eat insects and chew because they had little choice, says Kolmann. Once they invaded the Amazon 20-40 million years ago, aquatic insect larvae were not only abundant but also nutritious, and since insects are difficult to break down, chewing is necessary for digestion. Insect-feeding may have helped rays avoid competition with other fish when they moved from saltwater to the crowded Amazonian freshwater. He adds only a few other groups of animals have been able to do that successfully.

Both species of freshwater stingrays from the study are found in the lakes and rivers throughout the Amazon, from the mouth of the river near the eastern Brazil coast all the way to the foothills of the Andes in Peru. While P. motoro’s diet consists of other fish, crustaceans like crabs and prawns as well as insects, P. orbignyi only eats insects.

The study highlights interesting aspects in the diversity of life found in nature, but as Kolmann points out there’s plenty of undiscovered biodiversity in the Amazon that is under threat from human activity.

“Mining and dams are threatening stingray habitat in the Amazon. It’s displacing Indigenous peoples and also destroying wildlife habitat in the process,” he says.

“There’s a backlog of interesting and bizarre animals we haven’t even described yet and in many ways museums are becoming a time capsule for biodiversity that is disappearing at a faster rate than we can study it.”

The study, which was supported by grants from the Natural Sciences and Engineering Research Council of Canada (NSERC) and the American Elasmobranch Society, will be published in the journal Proceedings of the Royal Society B.