U of T's Lynne Viola, one of world's leading scholars on the Soviet Union, wins prestigious Molson Prize 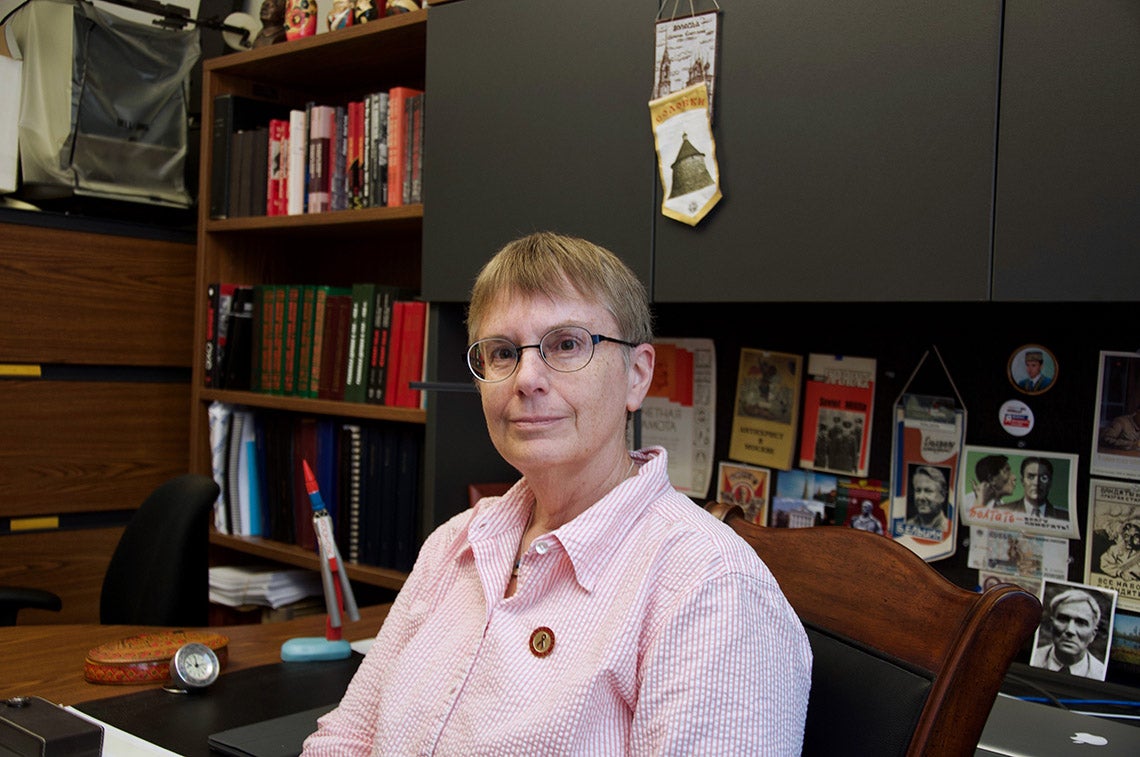 University Professor Lynne Viola's most recent book, Stalinist Perpetrators on Trial, was the first English work to shed light on one of the darkest periods in the history of the Soviet Union (photo by Diana Tyszko)

University Professor Lynne Viola of the Faculty of Arts & Science’s department of history has been named one of two recipients of the Canada Council for the Arts’ prestigious Thomas Henry Pentland Molson Prize.

Aimed at celebrating distinguished Canadians in the social sciences and humanities, as well as the arts, the Molson Prize recognizes individuals who have made significant contributions to the cultural and intellectual heritage of Canada.

“The Molson Prize is a wonderful and unexpected recognition,” says Viola. “I’m very grateful to the Molson Foundation and the Canada Council for the Arts for the acknowledgment and for their support of the humanities and social sciences.”

The Molson Prize recognition comes with a prize of $50,000 – funded by the Molson Foundation – and the responsibility of continuing to contribute to Canada’s cultural and intellectual heritage, something Viola doesn’t take lightly.

“I consider teaching to be the most important contribution I can make to the intellectual heritage of Canada,” says Viola. “My hope is that my students leave my courses with a critical approach to history and politics, one that they can use as they navigate their lives and work. A major aim of the humanities is to create critically thinking citizens capable of sustaining our democratic institutions.”

For now, the Molson Prize will allow Viola to continue her research on mass repression in Soviet secret police archives in Kyiv and to press for similar access to archival materials in Moscow.

“My goal is to put as many of these formerly classified materials in the public domain as possible in order to safeguard and preserve the history of those terrible events at a time when populist regimes in Russia and elsewhere seek to challenge and silence the truth,” says Viola.

Professor David Cameron, dean of the Faculty of Arts & Science, notes that Viola’s lengthy catalogue of books and articles on the subjects of women, peasants, political culture, and Stalinist Russia has called attention to the excellence of U of T’s history department and the talent that Canada contributes to the international academic arena.

“I cannot think of a suite of remarkable contributions that more clearly aligns with the goals of the Molson Prize to recognize and encourage a Canadian who has enhanced and will continue to enhance the cultural and intellectual heritage of Canada,” says Cameron.

Earlier this year, Viola was awarded the American Association for Ukrainian Studies’ annual Book Prize for Stalinist Perpetrators on Trial. She is also the recipient of numerous grants and fellowships, including the National Endowment for the Humanities, Social Science Research Council, Social Science and Humanities Research Council, Connaught, IREX, John Simon Guggenheim Foundation, the Mellon Fund and the Killam Fund. In 2014, Viola was inducted into the Royal Society of Canada.