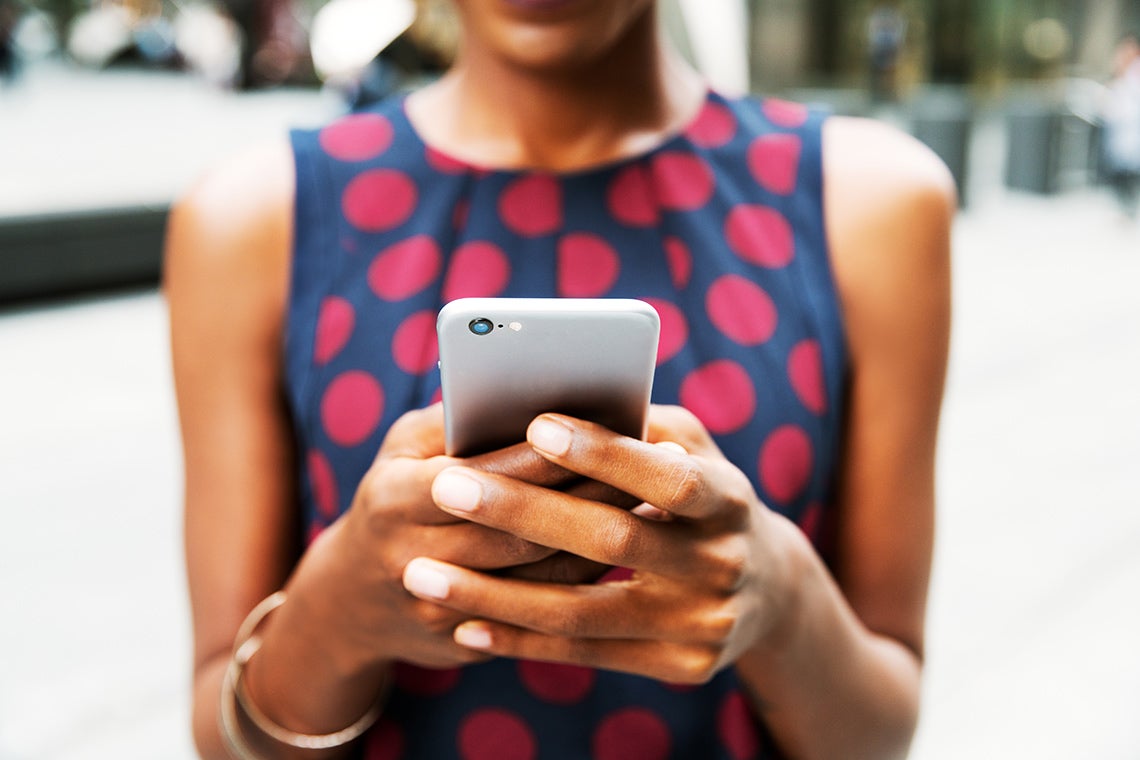 Your office wall may play a part in the next generation of wireless communications.

University of Toronto researchers George Eleftheriades and Sajjad Taravati have shown that reflectors made of metamaterials can channel light to enable more wireless data to be transmitted over a single frequency.

They believe this newly realized property – called “full-duplex nonreciprocity” – could double the capacity of existing wireless networks. Their research is published in a paper in Nature Communications.

“This is happening,” says Eleftheriades, a professor in the Edward S. Rogers Sr. department of electrical and computer engineering in the Faculty of Applied Science & Engineering.

“Within the next three to five years this technology will be adopted.”

The intellectual property for the team’s proof of concept was recently transferred to the Montreal-based startup LATYS Intelligence Inc., which was co-founded by U of T Engineering alumnus Gursimran Singh Sethi. 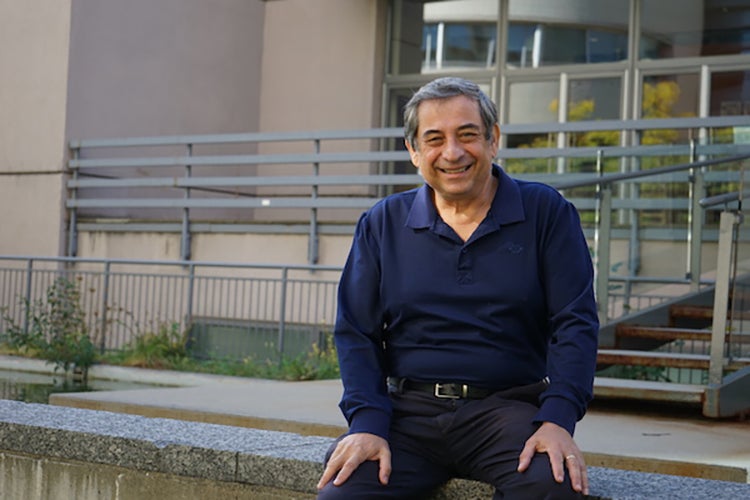 Professor George Eleftheriades has achieved a practical mechanism for full-duplex nonreciprocity, a property in metamaterials that allows for manipulation of both incoming and reflective beams of light (photo by Matthew Tierney)

Metamaterials are synthetic structures composed of building blocks that are smaller than the wavelengths of light they are designed to manipulate.

The material used by the team is composed of repeating unit cells about 20 millimetres in size. They appear to form one homogenous object – a metasurface – for larger wavelengths of light such as microwaves, which are used to carry cell phone signals and reflect off the metasurface exhibiting a property known as nonreciprocity.

Eleftheriades uses a car’s rear-view mirror to illustrate how it works.

“When you’re driving and look in the rear-view mirror, you see the driver behind you. That driver can also see you because light bounces off the mirror and follows the same path backwards,” he says.

“What’s unusual about nonreciprocity is that the incident angle and the reflected angle are not equal. To be specific, the backward path for the wave is different.

“Basically, you can see someone, but you cannot be seen.”

In addition, metamaterials enable you to steer and amplify incoming beams, which is useful in many applications, from medical imaging and solar panels to satellite communications and even nascent cloaking technology.

By adding the capability to steer the reflective beam, new intelligent metasurfaces could make a significant mark on wireless communication, according to Eleftheriades.

“In everyday experience, a microwave emitted from a tower reaches its intended terminal point, like a modem, and then goes back to the telecommunication station,” he says. “That’s why when you have a conversation on your cellphone, you do not talk and listen on the same channel. If you did, the signals would interfere and you wouldn’t be able to separate your own voice from the voice of your partner.”

Today’s 5G networks feature only “half-duplex” links. Essentially, the 5G signal uses slightly different frequencies, or the same frequency but at a slightly different time, to avoid interference. The time delay is imperceptible to the user.

By contrast, the full-duplex architecture developed by Eleftheriades and Taravati, a post-doctoral researcher, means that one can talk and listen on the same channel at the same time.

Unlike other metamaterial technology, it spatially separates the forward and backward paths within the one frequency – doubling the system capacity.

While full-duplex functionality exists in a limited capacity in military-grade radars, it’s currently unsuitable for consumer applications such as mobile devices. That’s because current full-duplex transceivers are made of bulky and expensive structures comprising ferrite materials and biasing magnets to manipulate the beam.

“We propose a completely different mechanism,” says Elefthreriades. “No magnets or ferrites. Everything is done using printed circuit boards and silicon electronic components such as transistors.”

The broad applicability of these intelligent metasurfaces is what excited LATYS’s development team.

“Tunable, asymmetric radiation beams in both the reception and transmission states have incredible potential to address some of the most pressing and major challenges in the wireless communication industry,” says Sethi. “By spatially decoupling the receive and transmit paths, we can create ‘true full-duplex systems’ that can support bidirectional communication at the same time and the same frequency.

“This will allow LATYS products and prototypes to gain an edge over competition and much traction, especially in radio-hostile environments such as industrial automation, IIOT [Industrial Internet of Things] and 5G applications.”

Professor Deepa Kundur, chair of the electrical and computer engineering department, says the relationship between U of T Engineering researchers and the business world is an important one.

“It’s a good illustration of one of the many ways engineering advances,” she says. “A breakthrough proof of concept, such as Professor Eleftheriades and Taravati’s, clears a path to better technology – and then industry picks up the baton.”