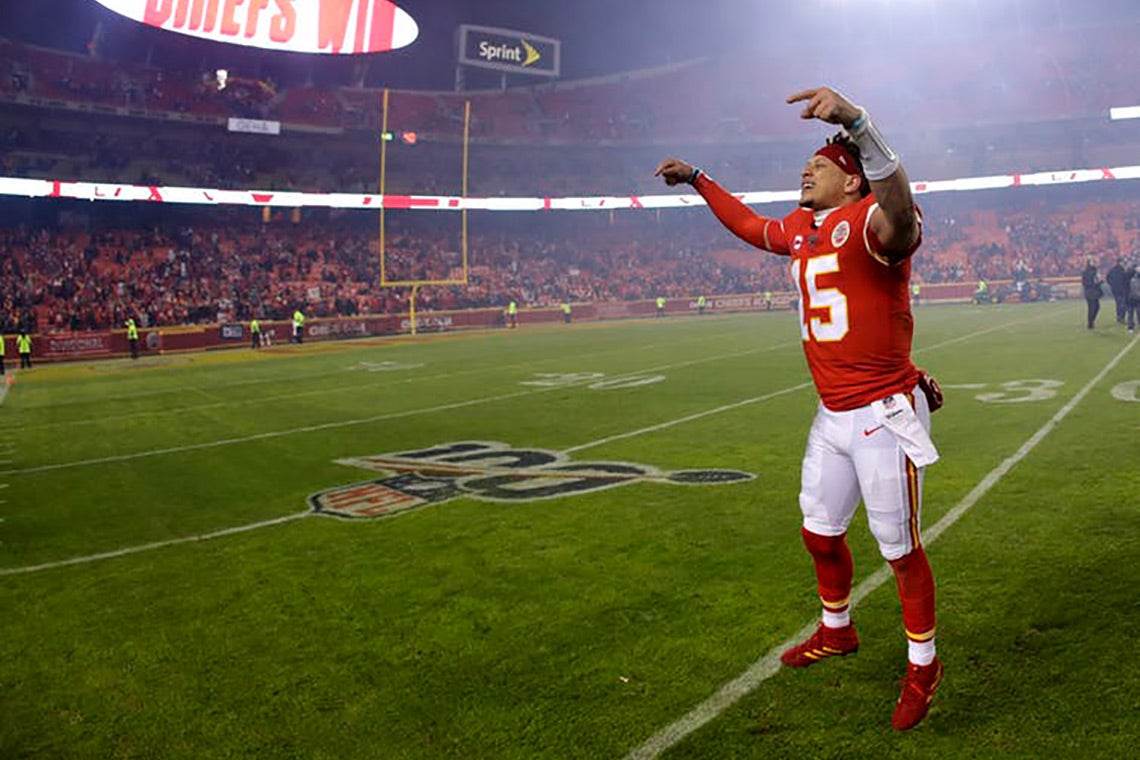 The most diehard NFL fans have already seen their seasons come to an end. This has nothing to do with whether their hometown team made the playoffs and everything to do with the annual exercise in humility known as fantasy football.

Fantasy sport plays by its own set of rules, promoting armchair quarterbacks to managers in charge of their own virtual teams. Managers cobble together about a dozen players from different real teams (Carolina’s quarterback, Green Bay’s tight end) and pit them against squads helmed by other managers. Whichever team scores more collective points wins the weekly battle.

I drafted my first team when the fantasy sports tech revolution was already well underway. A few clicks and keystrokes and voila: Pabst Interference was born.

Hosting sites like ESPN and Yahoo have long passed troves of data through proprietary equations to make predictions about which players will have boom or bust weeks. I happily took the advice, starting the winners and benching the losers. I was a god to 10 men who didn’t know I existed.

As with helmets and trick plays, fantasy analytics have only become more complex. Sites still list those predicted final scores, but top billing goes to a new statistic: an ever-changing estimate of the probability that I’ll beat the other guy.

The initial prediction told a static story (projection: 85.38 points, win odds: 62 per cent) but it now takes dynamic shape, as live updates to one figure have an impact on the other. If your wide receiver shakes off three defenders en route to the end zone, his predicted score rises and boosts your likelihood of winning the week; if your running back fumbles, his projection and your likelihood of victory tumble in turn.

Sundays, then, are spent watching win probabilities bounce around like an errant onside kick. This made me and my colleague Evan Polman, an associate professor of marketing at the University of Wisconsin-Madison, wonder about how people interpret predictions that change.

If a botched play brings your previously sky-high odds back down to Earth, do you feel worse about your team than if your odds had previously been in the gutter, but then rose to stand a fighting chance?

To test this, we spent a week in 2014 schlepping up and down State Street in Madison, Wis., talking to anyone in a sports bar who would listen to us. There are more than a few there.

Two versions of the same lie

Without a hockey team to call their own, people in Madison root for the Chicago Blackhawks, who were at the time in the quarter finals for the Stanley Cup.

If the probability of victory was said to have risen, people braced themselves for success and bigger bar tabs – even though everyone had the same 20 per cent as the best estimate to go on. Evidently, things just feel more likely when they’re on the rise.

Odds on the move

The setup of our experiment dates it. Armed with only a clipboard and some paper and pencils, we gave people just a single change. Nowadays, a fantasy team’s odds never stop updating until the last down of the week, with their managers always only a screen-refresh away from checking in on their up-to-the-millisecond chances.

Of course, none of this is unique to fantasy football. If modern forecasting can crunch the stats to make an educated guess for my unique team, it just as easily and quickly spits out evolving odds for matchups waged between any two real teams.

Looking forward to the Super Bowl, March Madness, baseball and beyond, these predictions give us algorithmically based licence to mentally experience not just the thrill of victory or the agony of defeat but both – and in rapid succession and reversion.

With eyes on the latest odds, fans get to keep one foot in the world of the winners and the other with the losers, revelling in the highs and lows of each. If a game might drain your bank account or bust your bracket, it can at least keep your heart rate up.

Sam Maglio is an associate professor of marketing and psychology at University of Toronto Scarborough and the Rotman School of Management.