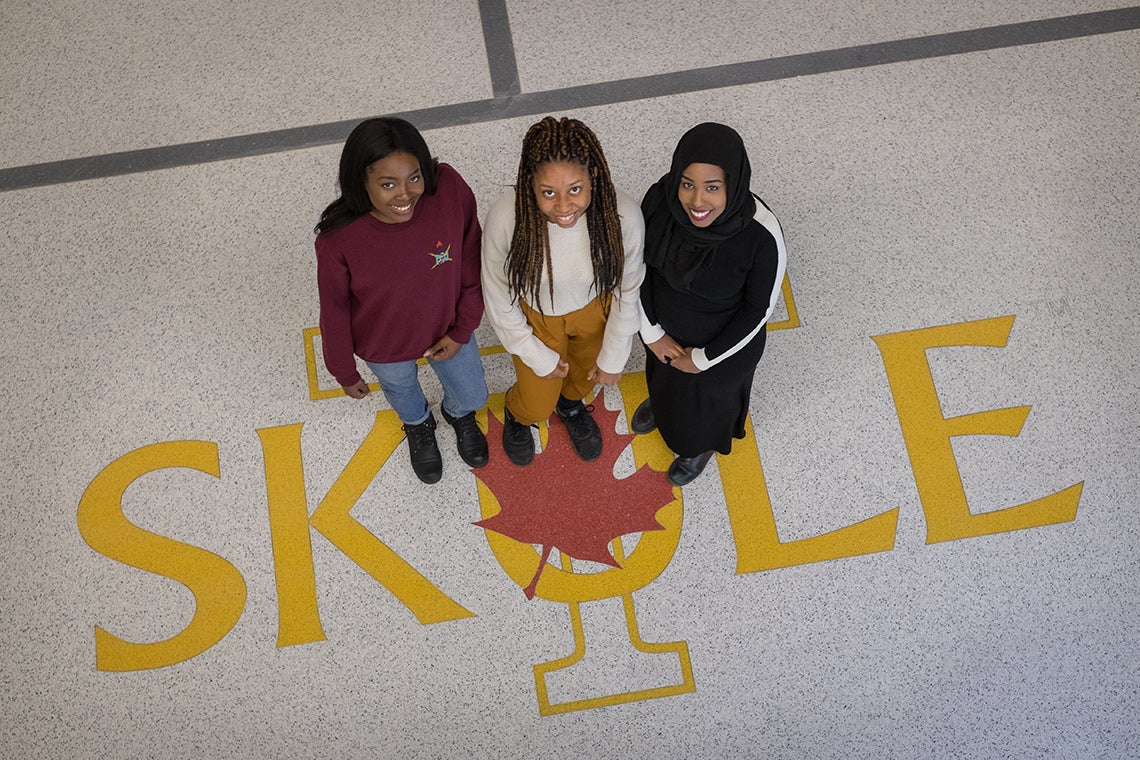 U of T students Temisan Iwere, Kyra Stephen and Ayan Gedleh – executives in the U of T chapter of the National Society for Black Engineers – are organizing the first university student-run Black hackathon in the GTA (photo by Geoffrey Vendeville)

Kyra Stephen, a Woodsworth College student in her last year of computer science, loves hackathons. They're a chance to solve a challenge under pressure, meet new people and show an A-list of tech companies what you can do. There was only one downside: She was often the only Black person in the room.

She says she’s received “looks of shock” when she tells people she’s a senior computer science student, an anecdote that speaks to the well-publicized lack of diversity in the tech sector, both in Canada and the United States. On Instagram, Stephen wrote: “When I reached out to my black friends and talked to them about hackathons, they made it seem like it wasn’t really a place for them or wasn’t worth going to.”

The president of the U of T chapter of the National Society of Black Engineers (NSBE), Stephen and club executives Temisan Iwere and Ayan Gedleh, decided to carve out a space for Black students in STEM by hosting what they say is the first student-run Black hackathon in the Greater Toronto Area. The event will take place Jan. 26 in the Myhal Centre for Engineering Innovation and Entrepreneurship.

Participants will have 12 hours to come up with innovative solutions to challenges posed by the organizers and the event's growing list of sponsors, including Google, Shopify, Bloomberg and U of T's Faculty of Applied Science & Engineering. They can also learn directly from industry experts who will be hosting workshops on cloud computing and other topics.

Response to the event has been better than organizers anticipated: “We expected 100 students but we've got people on the waitlist right now who are asking if they can attend,” says Gedleh, in industrial engineering. 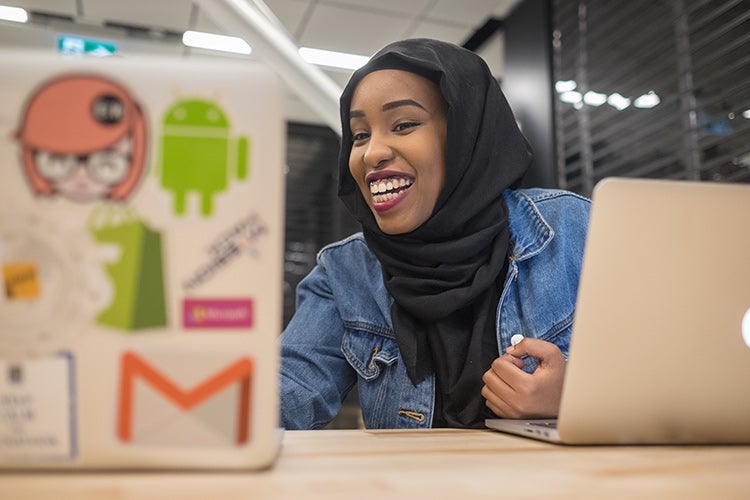 Ayan Gedleh, the national society's U of T program director, is in her last year of industrial engineering (photo by Geoffrey Vendeville)

Iwere, vice-president of NSBE at U of T and a computer science student in St. Michael’s College, says the event is open to everyone, including those who are new to programming. “Most people don't know that events like this exist, and even if they do, they are intimidated by them because they don't really feel like they have the skills necessary,” she says.

There will be prizes for the best projects – including for “best Black-themed design or solution.” It's meant for the team that proposes “a design that follows the sponsor's challenge, but also has a component that serves the Black community or empowers Black students,” Gedleh explains.

Mikhail Burke, an adviser on Black inclusivity initiatives and student inclusion at U of T Engineering, says there's a need for more Black-facilitated events in STEM in Canada.

A former president of NSBE at U of T himself, he's travelled to the U.S. for annual conventions gathering thousands of Black students, engineers and academics. “It's a bastion of Black excellence, but you usually don't have endeavours of that magnitude within STEM in Canada,” he says. “But it's good to see that there are events starting to occur at a greater frequency in the Canadian context, like the NSBE hackathon and the NSBE East Canada Zone conference.”

“Hackathon culture has really picked up in the last decade,” he adds, “so to see one run in Canada that is focused on African Canadians, the Black diaspora and Black people is wonderful.”

NSBE's roots date back to the early 1970s when it was started by undergraduates at Purdue University, in West Lafayette, Ind., originally under the name, the Black Society of Engineers. Their goal was to promote the recruitment and retention of Black engineering students. The U of T chapter of the student organization was founded in 1999, the club's website says.