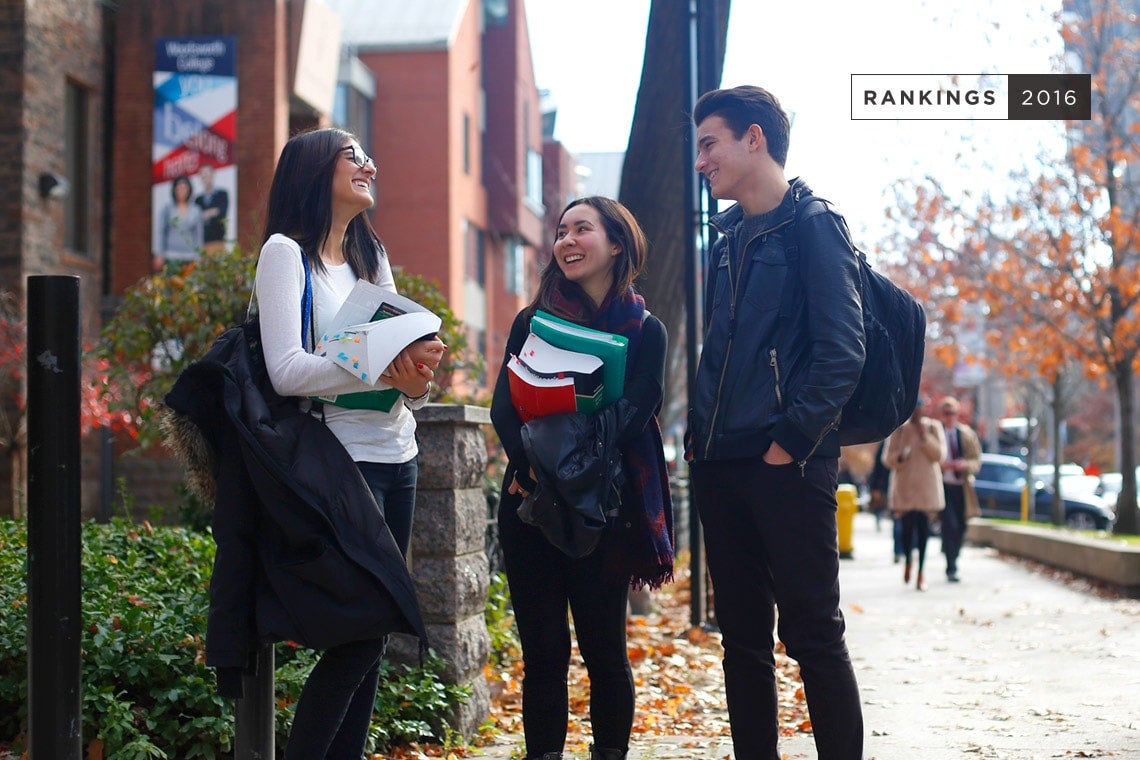 Professors Kathleen Pritchard, Wei Yu and Peter Austin may not be household names. But in their academic fields, their research is among the most cited and influential in the world.

Today, their work – and that of thousands of colleagues like them – helped propel the University of Toronto to the 22nd spot of the Times Higher Education (THE) World University Rankings for 2016-2017.

“We are extremely proud that the University of Toronto has once again been recognized in the top tier of the world’s best public and private universities – that is truly a remarkable achievement,” said U of T President Meric Gertler.

“These results demonstrate our world-class performance in teaching and the global impact of our research.”

Read the Globe and Mail story about the THE rankings

The number of institutions THE rated increased this year from 800 to 980, and included locations around the world, from Zurich to Singapore, Peking to Princeton. U of T retained its title as the top university in Canada for the seventh year in a row, moving from last year’s 19th position to 22nd.

THE, like other independent ranking systems, use different criteria and weigh them according to their own rules and standards. Overall, THE weighs research and research performance heavily at 60 per cent of the total score (30 per cent for research volume, reputation and income and 30 per cent for citation research and influence).

As Canada’s leading research university, U of T produces a staggering amount of important work across a wide variety of fields, which helps explains the university’s top showing.

For example, Pritchard, a medical oncologist and clinical trials research scientist at U of T’s department of medicine  and Sunnybrook Health Sciences Centre, is a leader in the international effort to treat and cure breast cancer. Yu, from the Edward S. Rogers Sr. Department of Electrical & Computer Engineering, is a Canada Research Chair in Information Theory and Wireless Communications. And, Austin from the Institute of Health Policy, Management and Evaluation, is a statistician at the Institute for Clinical Evaluative Sciences who specializes in methods for analyzing large health-related databases.

Joining U of T in the top 100 were two other Canadian universities, including University of British Columbia (36th) and McGill University (42nd).

Gertler said the university won’t rest on its laurels.

“We will continue to work very hard to maintain our current ranking and even harder to elevate it still further,” he said.

“There is a virtuous circle if you’re doing well [in the rankings] in that they enable you to attract and retain great faculty and students from around the world.”

This is the third of several high-profile higher education rankings coming out over the 2016-2017 academic year. U of T was ranked 32nd in the world earlier this month by QS World University Rankings, as well as 27th in the world by Shanghai Jiao Tong University in its annual Academic Ranking of World Universities (ARWU).