These U of T researchers use tiny microrobots to 'scoop up,' transport and deliver cell material 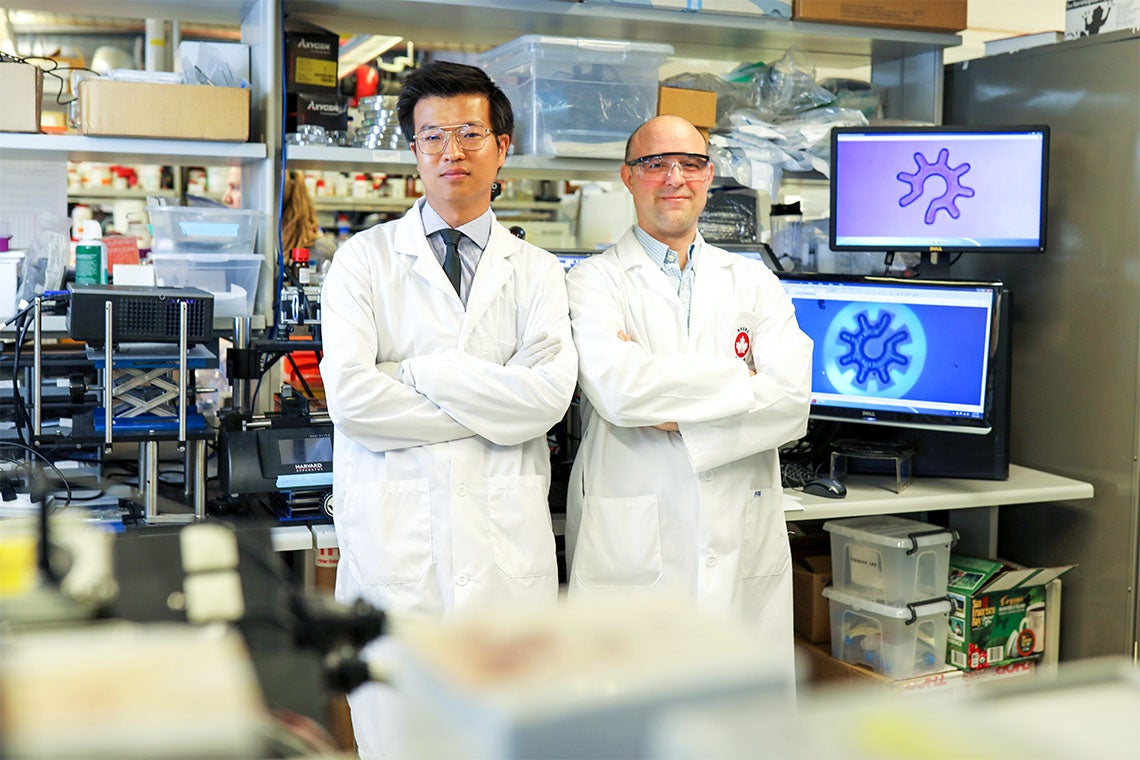 Researchers from the University of Toronto have demonstrated a novel and non-invasive way to manipulate cells through microrobotics.

One method of cell manipulation – moving small particles from one place to another – is through optoelectronic tweezers (OET), which use light patterns to directly interact with the object of interest. But there are limitations to the force that can be applied and speed in which the cellular material can be manipulated.

Enter microrobotics. A team led by U of T post-doctoral researcher Shuailong Zhang and Professor Aaron Wheeler have designed microrobots (working at the sub-millimetre scale) that can be operated by OET for cell manipulation.

“The ability of these light-driven microrobots to perform non-invasive and accurate control, isolation and analysis of cells in complex biological environment make them a very powerful tool,” says Zhang. 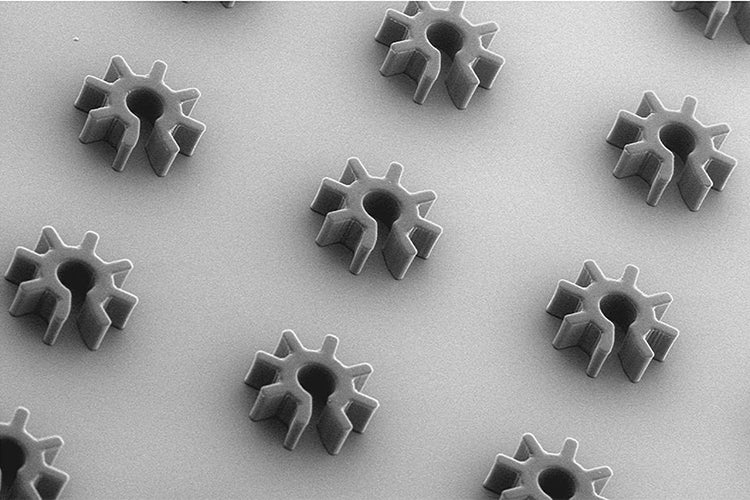 Instead of using light to directly interact with the cells, the light is used to steer cogwheel-shaped microrobots that can “scoop up” cell material, transport it and then deliver it. This manipulation can be done at greater speeds while causing less damage to the material compared to traditional OET methods.

The researchers detailed their work in a new study published in the Proceedings of the National Academy of Sciences.

“Traditional techniques that are used to manipulate single cells while evaluating them by microscopy are slow and tedious, requiring a lot of expertise to carry out,” says Wheeler, a professor in the department of chemistry in the Faculty of Arts & Science who has cross-appointments at the Institute of Biomaterials and Biomedical Engineering (IBBME) and the Donnelly Centre for Cellular and Biomolecular Research.

“These microrobots are inexpensive and very simple to use, and they have a wide range of applications in the life sciences and beyond.”

In addition to cell analysis, the microrobots can also be used in cell sorting (for clonal expansion), RNA sequencing and cell-cell fusion (commonly used in the production of antibodies).

Cindi Morshead, a professor at IBBME and in the department of surgery, is a co-author of the study. In Morshead's lab at the Donnelly Centre, her research in regenerative medicine works with neural stem cells that reside in the brain and spinal cord.

“Neural stem cells are responsive to a multitude of cues and environmental stimuli in their niche, and these change with injury, so teasing out the signals, and cell responses, is a huge challenge when we are trying to harness the potential of stem cells for neural repair,” says Morshead.

“These microrobots allow for the exquisite control of the cells and their micro-environment – tools that we will need to learn how best to activate the stem cells.”

The research received support from the Natural Sciences and Engineering Research Council of Canada and the Canada First Research Excellence Fund.