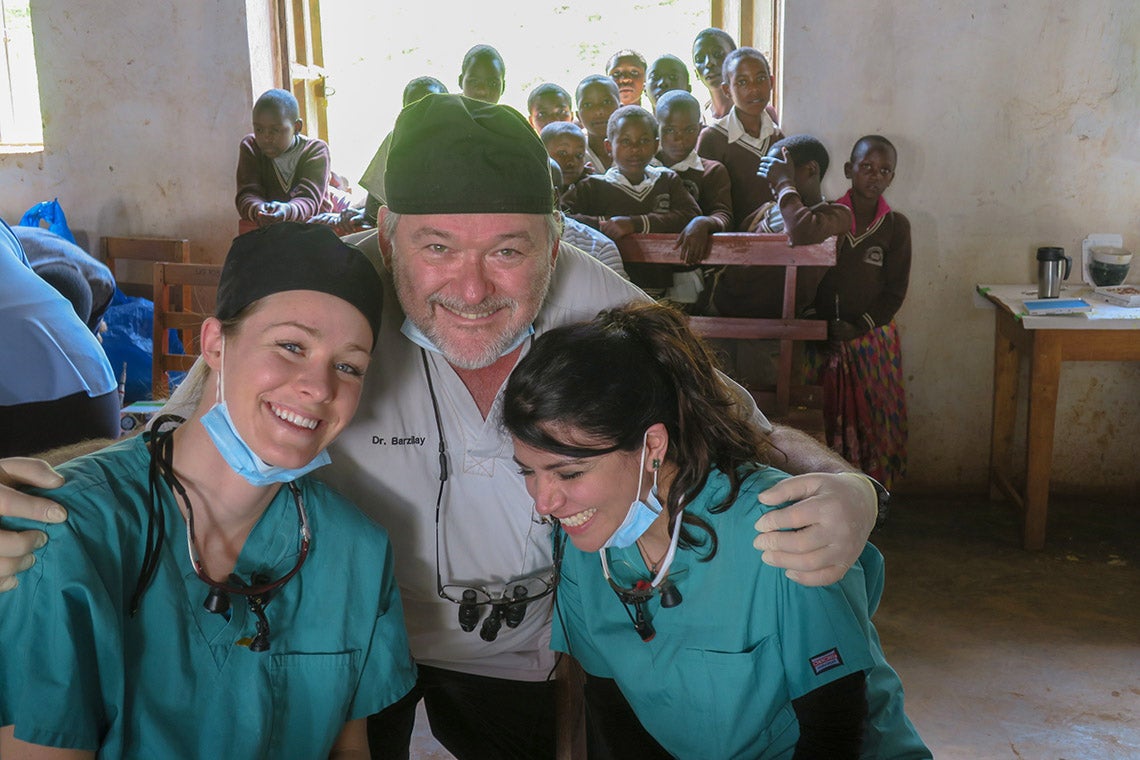 Izchak Barzilay has been an instructor at the University of Toronto’s Faculty of Dentistry for over 33 years while maintaining a successful practice. But about five years ago he branched out into volunteer dentistry – a decision that took him all the way to Kabale, Uganda.

Now he travels annually to the region with his not-for-profit Build Your Smile Dental Foundation, each time bringing with him two fourth-year U of T students who are pursuing doctorate degrees in dental surgery. Over the course of eight days, the group sets up make-shift dental hospitals in fields and villages, where they perform hundreds of procedures.

It’s vital aid for communities that can lack even basic oral hygiene supplies. “Many of the stores we saw didn’t have tooth care products,” says Elahe Behrooz, one of the first students to go on rotation in Uganda in 2016. “They didn’t even carry toothbrushes.”

Over the years, the team has shifted their emphasis from emergency dental care – mostly fillings and extractions – to restoring people’s teeth via dentures. They bring supplies donated from the Canadian dental community, and co-ordinate treatment in conjunction with local health authorities.

Students benefit as much as the patients, according to volunteer supervisors such as Barzilay. On the cusp of graduation, fourth-year students become faster at performing procedures, more adaptable and learn to think outside the box. They also gain insight into how their skills and knowledge can support underserved populations. A number of students, like Behrooz, have become repeat volunteers post-graduation or support the foundation’s work in shelters across the Greater Toronto Area.

“We have seen wonderful things come from these students,” Barzilay says. 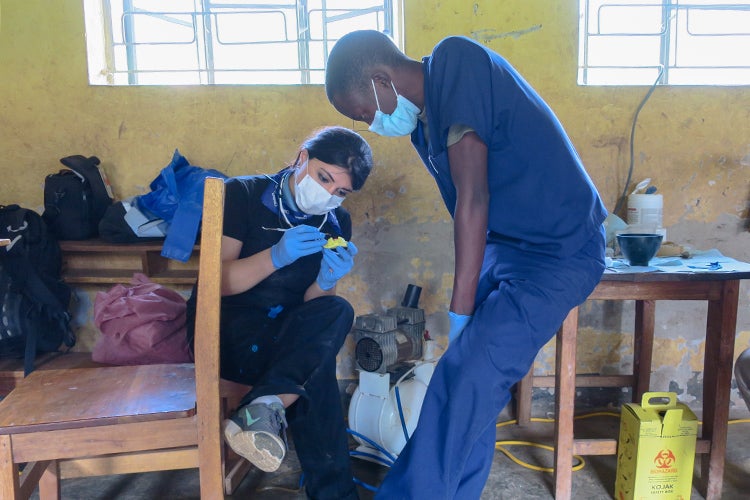 Alongside his dentistry skills, Marshell Kurniawan’s rotation in Honduras last February taught him what he truly valued in a future career path. Working under William Kerr – a U of T Scarborough graduate and the site supervisor of the programs in Honduras and Haliburton County in Ontario – Kurniawan realized that mentorship “is so important as part of the profession. It goes such a long way to develop you professionally and as a person.”

Kerr began volunteering as a dentist in El Porvenir, Honduras in 2009. He’s been supervising the faculty’s students on international rotations since 2017, offering free dental care to the children of the economically depressed area. “Many of [the town’s] young children had rampant decay,” he explains.

The team’s interventions have had a massive impact. Over the past 11 years, Kerr and his small crew have attended to over 6,000 young patients. That breaks down to 1,295 extractions, 1,832 restorations, 263 root canals and 14 partial dentures for the children of the town. 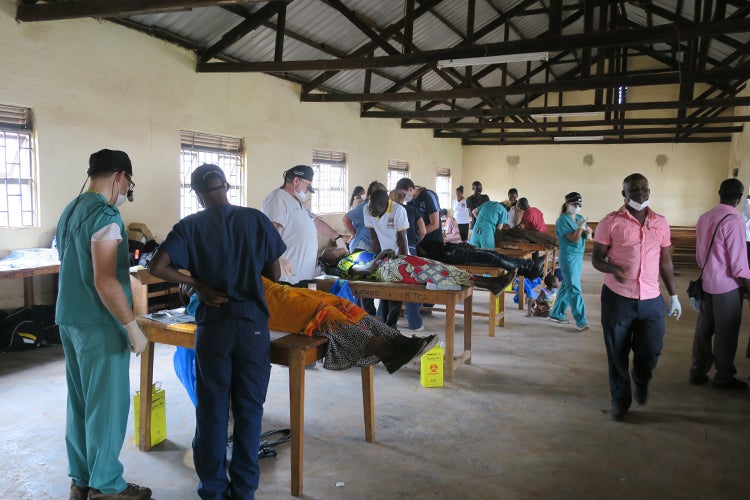 It wasn’t long before Kerr’s international work led to a project closer to home: the Volunteer Dental Outreach for Haliburton County, a charity offering free dentistry to low income adults. A pilot project rotation with the school’s doctor of dental surgery students began in 2016.

The Haliburton placement was – and is – a family affair. “The two students stayed at our home and spent two days treating many adult patients,” says Kerr, who estimates that the charity has provided over $2.7 million in free dental care to the region.

The successful pilot project quickly expanded to up to 34 students annually – all hosted by Kerr and his family (two at a time).

The Central American teams have also grown. Two students have attended the Honduras site each year since 2017 while an additional two-student rotation began in Guatemala in 2018.

“I try to teach students that, ultimately, they always have to do their very best for every patient and, as they prepare to graduate, they need to hone their skills to get better and faster.” 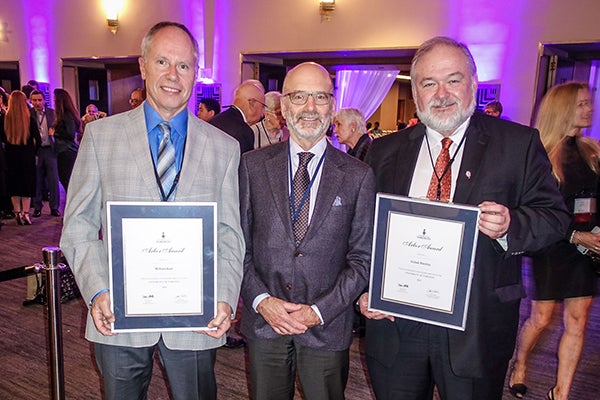 Bill Kerr (left) and Izchak Barzilay (right) with Daniel Haas, dean of the Faculty of Dentistry at U of T’s Arbor Awards, which recognize exceptional volunteerism (photo courtesy of Dave Hanson)

For the dentists who supervise the students on these trips, it’s not just about the work.

“I love to see joy in a student’s eyes when they accomplish something they have never done before or develop a new skill or technique,” Kerr says. “It is very rewarding to see the students help someone who needs their help and can’t afford their help.

“I hope we are helping build up the next generation of volunteers.”

The students are just as affected.

“He’s my Yoda,” Kurniawan says of Kerr, a reference to the Star Wars character. “I’m going to do more of this in the future. I want to do what Dr. Kerr is able to do.”