'A moral voice, a voice of conscience': Donald Dwight Evans was a philosophy professor and committed peace activist 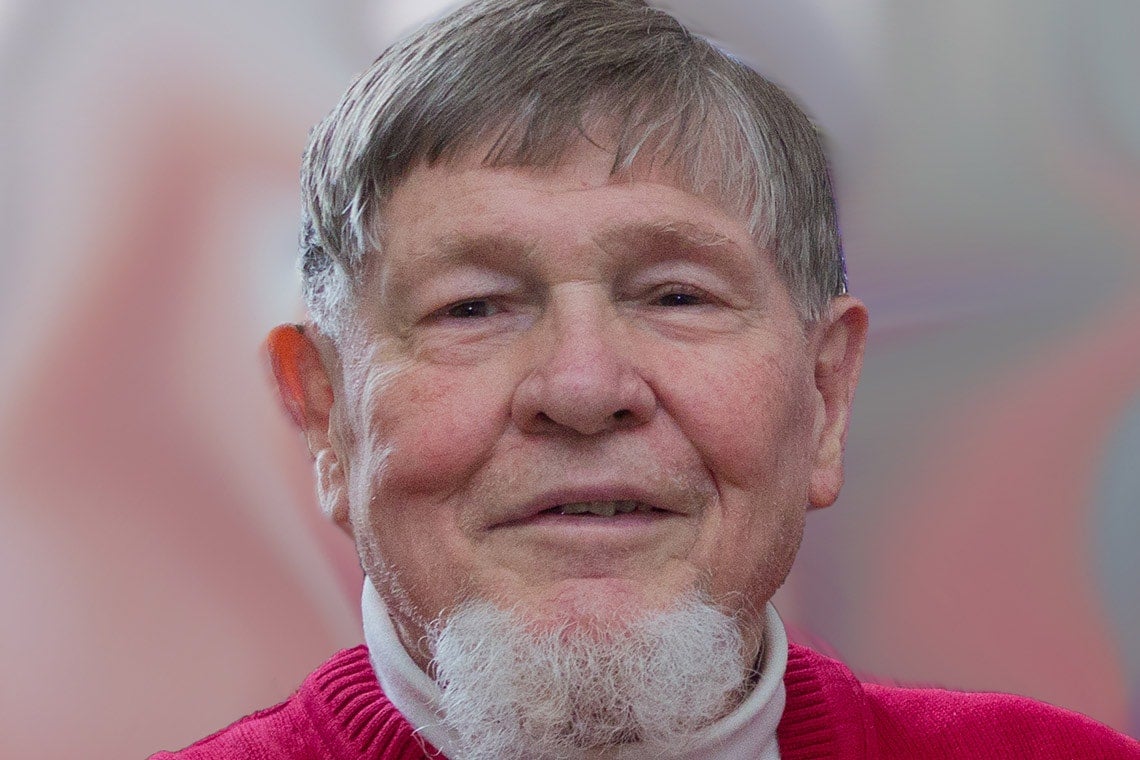 For about four decades, Donald (Don) Dwight Evans taught philosophy at the University of Toronto, continuing to lead small seminars into his 80s. He was considered a generous and conscientious teacher, colleague and scholar, known for practising what he preached.

“He thought that philosophy should not just be an abstract thing,” says Paul Gooch, a professor of philosophy and president emeritus of Victoria University, who first studied under Evans in a graduate course on philosophy and religion in 1964-65.

“Don was a moral voice, a voice of conscience at that time,” Gooch recalls. “He took philosophy out of the attic.”

Evans, who died in January at the age of 90, was born on Sept. 21, 1927, in Fort William, Ont., now Thunder Bay. He received a bachelor's degree in philosophy and English from U of T in 1950, followed by a bachelor of philosophy at Oxford University in 1953 and a bachelor of divinity in theological studies from McGill University in 1955. That same year, he was ordained as a minister in the United Church of Canada.

He served as pastor in Grand Forks, B.C., from 1955 to 1958, but then moved back into academia, although he remained a minister and performed marriage ceremonies for close friends and family.

He received a PhD in philosophy from Oxford University in 1960, became an assistant professor of philosophy at McGill University, and then moved to U of T in 1964. He retired in 1992, but for years afterward taught small seminars at U of T's Victoria University, says Gooch, who saw a strong commitment to “things of the spirit” in Evans's research, writings and dealings with students, whom he “cared passionately about”.

In early scholarly works such as The Logic of Self-Involvement (1963), Evans explored the meaning of religion through language. In his middle-career, his books such as Faith, Authenticity and Morality (1980) and Struggle and Fulfillment (1981) explored attitude-virtues, constituents of religion and morality that unify people's being, and experiences and environments. Spirituality and Human Nature (1993) brought together religion, psychology, spiritualism and mysticism to explore people's nature and experiences.

Evans was also a strong voice for peace, beginning with a stand against Canada’s involvement in the Vietnam War. He served as a spokesperson at the first demonstration on the topic on Parliament Hill in 1965, and in his book Peace, Power and Protest (1967) wrote that Canada’s foreign policy should be independent from that of the United States and United Kingdom. He organized a number of anti-Vietnam activities at U of T, including the first international teach-in at Varsity Arena and a protest march of 400 professors on campus.

In 1985, he started an observance of the UN International Day of Peace in Toronto, which involved a minute of silence and a moment of sound for peace. Donald Evans as a young father in 1961, celebrating his son Greg's second birthday. His son Steve in the middle (family photo by Ruth Evans)

Michael Stoeber, a professor in the study of religion at U of T and at Regis College, first met Evans in 1985 when he was the director of Stoeber's doctoral program in philosophy and religion. He found Evans to be meditative, acting as a healer and with a deep sense of the spiritual world.

“He was a mystic in his orientation,” says Stoeber, who was a teaching assistant under Evans and took a number of his courses. For example, there was a popular undergraduate class on comparative mysticism in which Evans offered students optional instruction in meditation.

“In 1985, who did that? He was the most unusual professor I ever had,” Stoeber says.

As a teacher, Evans was giving and open, even responding in detail to points from students who were not in his class, Stoeber says. Evans devoted more and more time in his later life to counselling and psychotherapy. “He cared about people, healing all of the suffering in the world and our spiritual transformation within that context.”

Robert Gibbs, a professor of philosophy and religion at U of T, also knew Evans as his doctoral thesis adviser and was a teaching assistant in his courses. Gibbs says Evans “made a huge difference in my life,” and particularly remembers him “encouraging me, daring me and supporting me to think in creative and unusual ways” in writing his dissertation.

This guidance not only improved the paper and “built me up hugely as a thinker” but also was highly influential in Gibbs’s later teaching and grading style. “The idea was to find out what was valuable and interesting in what the student had done and build on it, rather than identifying what was inadequate or incorrect or needed fixing,” Gibbs says.

He says that Evans’s emphasis on meditation, therapy and sexuality in his approach to philosophy added to the diversity of thought in the U of T department of philosophy in the 1970s, '80s and '90s. “People were all over the map – and he was in a very unusual place even on that map,” Gibbs adds.

In his personal life, Evans had two marriages that ended in divorce, to Ruth Blenkinsop (1952-1976) and Frances Smith (1983-1997). He leaves five sons, Steve, Greg, Luke, Nick and Gareth, as well as eight grandchildren and two great-grandchildren. Donald Evans in 1969, holding his son Nick steady on top of sons Luke and Greg (family photo by Ruth Evans)

Among his outside interests, Evans was an accomplished pianist, playing works from Gershwin to Rachmaninov. His son, Greg Evans, says that everyone in the family shared his father’s love of piano, with his brother Steve becoming a piano teacher.

Greg says he and his brothers "grew up in an environment of societal engagement and social change,” attending protest marches and hosting American draft-dodgers for weeks at a time.

“Our dad also influenced us in more subtle ways through our home environment,” he says. “I believe that he has left us with some of his social awareness, appreciation of argumentation, love of music and passion for teaching."

Indeed two of them are teaching at U of T in the Faculty of Applied Science & Engineering: Greg Evans is a professor of chemical engineering and applied chemistry and Nick Evans is an instructor at the Institute for Leadership Education in Engineering. Luke Evans has guest-lectured in geological engineering. “We have a strong connection with the physical world around us, while dad had a strong connection with the spiritual world,” Greg says.

His father’s work “was really his passion” and he liked nothing better than sharing his views with a group of students. “Teaching for him was an intellectual exchange, rather than saying, ‘Here is some content, learn it.’”

In his writings, his father “drew a lot from his own experiences, his own shortcomings, his own battles,” Greg says. Evans increasingly focused on spirituality and practised meditation. He wrote about an experience in February 2009, when he was hospitalized and moved to a residence for seniors, whom he introduced “to a variety of meditations…No one kind of meditation is best for everyone at every stage in their life.”

Evans also wrote a series of “mini-memoirs” that he emailed to friends and family and made available for download, with titles such as A Loner Finally Connects: Reflections on Turning 80 and Divine Healing, Divine Love and Self-Love.

He published an online book in 2013 (followed by a sequel in 2015) called Grateful Reflections on Experiences that Changed Me, an intimate exploration of his spirituality, sexuality, healing and search for community. Evans said the book was written “for people who are on a spiritual path” and told readers: “As I tell my story, reflecting on my experiences, you are invited to reflect on yours.”

Evans was awarded a commemorative medal by the UN for his work during the International Year of Peace. In other honours, he was elected president of the Canadian Theological Society and he received an honorary doctor of divinity from Huntington University in 1982.