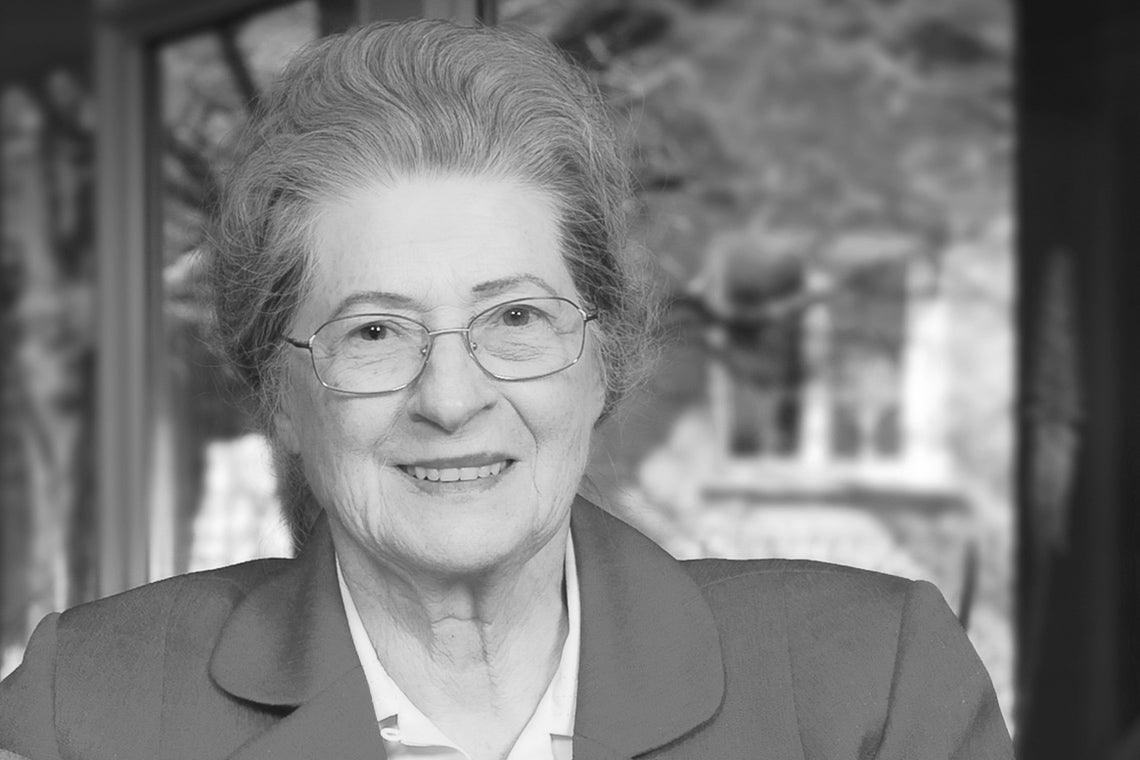 Isabel Bader was a teacher and a scholar. Her deep compassion for students found expression in generous gifts for scholarships in the humanities and the construction of a much-loved theatre.

Prominent philanthropist Isabel Bader has died at the age of 95.

Together with her husband Alfred Bader, she built a remarkable philanthropic legacy that benefited students, scholarship, research and the arts across Canada and the United States. At U of T, the name “Isabel Bader” is instantly recognizable in connection with the 500-seat theatre that bears her name and is a prominent part of Victoria University on the St. George campus.

“With the passing of Isabel Bader, the University of Toronto has lost a great friend and champion,” said U of T President Meric Gertler. “She was a person of great passion and sustained commitment, as demonstrated so clearly in her philanthropic pursuits and her personal life story. On behalf of the U of T community, I extend condolences to her family on their loss.”

A philanthropic force rooted in a love for theatre and poetry

Isabel was born in Northern Ontario in 1926 and graduated from Victoria College in 1949. Shortly afterwards, on a sea voyage to the United Kingdom, she met Alfred Bader (1924-2018), a gifted chemist and budding entrepreneur. The two shared such an immediate bond that Alfred proposed marriage nine days later.

Isabel, however, was raised strictly Protestant and she felt that Alfred, who had escaped Nazi persecution in Austria just before the war, needed a wife who was also Jewish. After months of writing to one another, Isabel eventually made the heart-wrenching decision to move on. She later published the letters she wrote to Alfred during this period in a book called A Canadian in Love.

For the next 30 years, Bader worked in England as a teacher of drama, English and history, and developed a keen interest in theatre and poetry. Meanwhile, Alfred became highly successful after forming his own international chemical company based in Milwaukee. Despite this long separation, the spark between Isabel and Alfred never waned, and remarkably, they eventually managed to reconnect and were finally married in 1982.

Isabel and Alfred became a philanthropic force and were particularly generous to U of T. In 1998, the couple supported construction of the Isabel Bader Theatre. The building is indispensable to the Victoria College community, serving as a lecture hall, a learning space for student groups and a venue for concerts, theatrical productions and conferences. 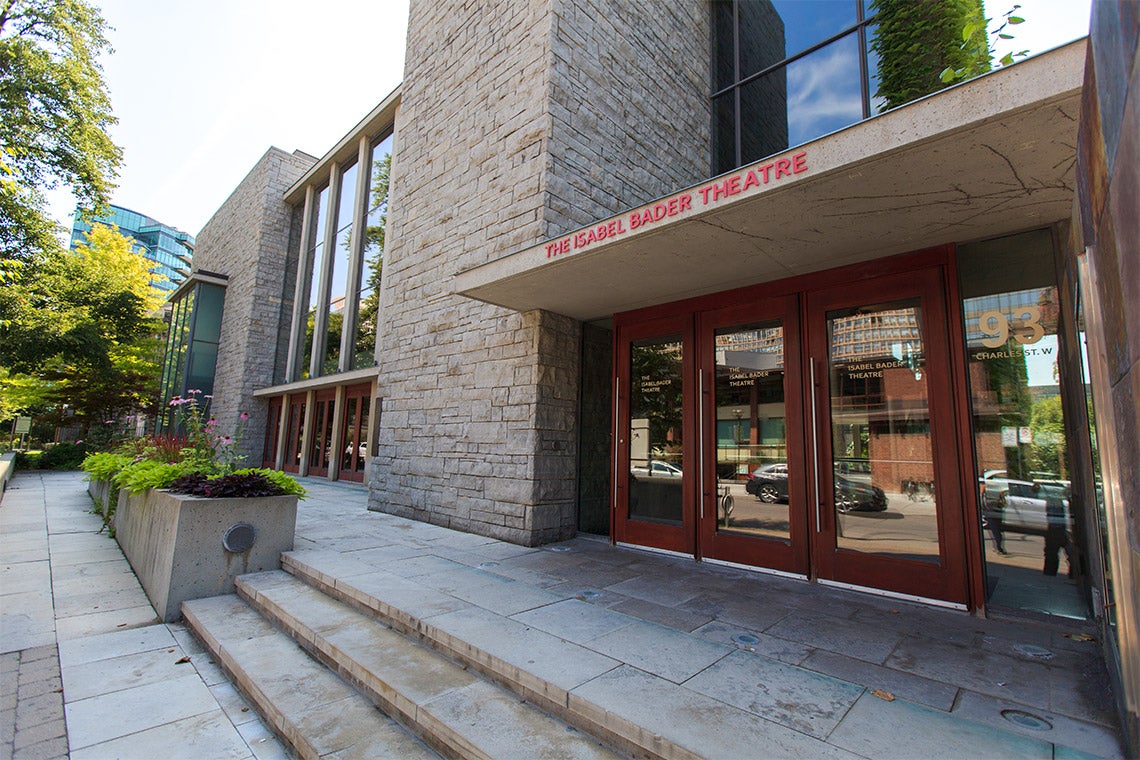 A generous and committed supporter of students in need

The Baders were extraordinary supporters of educational institutions around the world. Beyond their involvement with U of T, they were significant benefactors to Alfred’s alma mater, Queen’s University, and made awards for excellence in chemistry at other institutes of higher education.

At U of T, Isabel and Alfred gave generously to establish bursaries and scholarships at Victoria College for students in need. They also supported Victoria College’s Scholars-in-Residence program through Bader Philanthropies. The program addressed the shortage of research opportunities available to undergraduates in the humanities and has been life-transforming for its student participants by enabling them to acquire hands-on skills while adding substantially to scholarly knowledge.

In recognition of her tremendous contributions, Victoria University bestowed an honorary degree on Bader in 1995. In 2018, U of T inducted both Isabel and Alfred into the Chancellors’ Circle of Benefactors, which recognizes the university’s most generous donors.

“Isabel never forgot her roots at the University of Toronto and the experience of being a student,” said David Palmer, U of T’s vice-president, advancement. “She and Alfred were quiet, caring and committed donors over decades and were especially generous to students, supporting scholarships, awards and bursaries that have helped ease the financial load for many.”

Read a tribute from Victoria University