Fresh and local: Maclean’s shows foodies what’s new at U of T 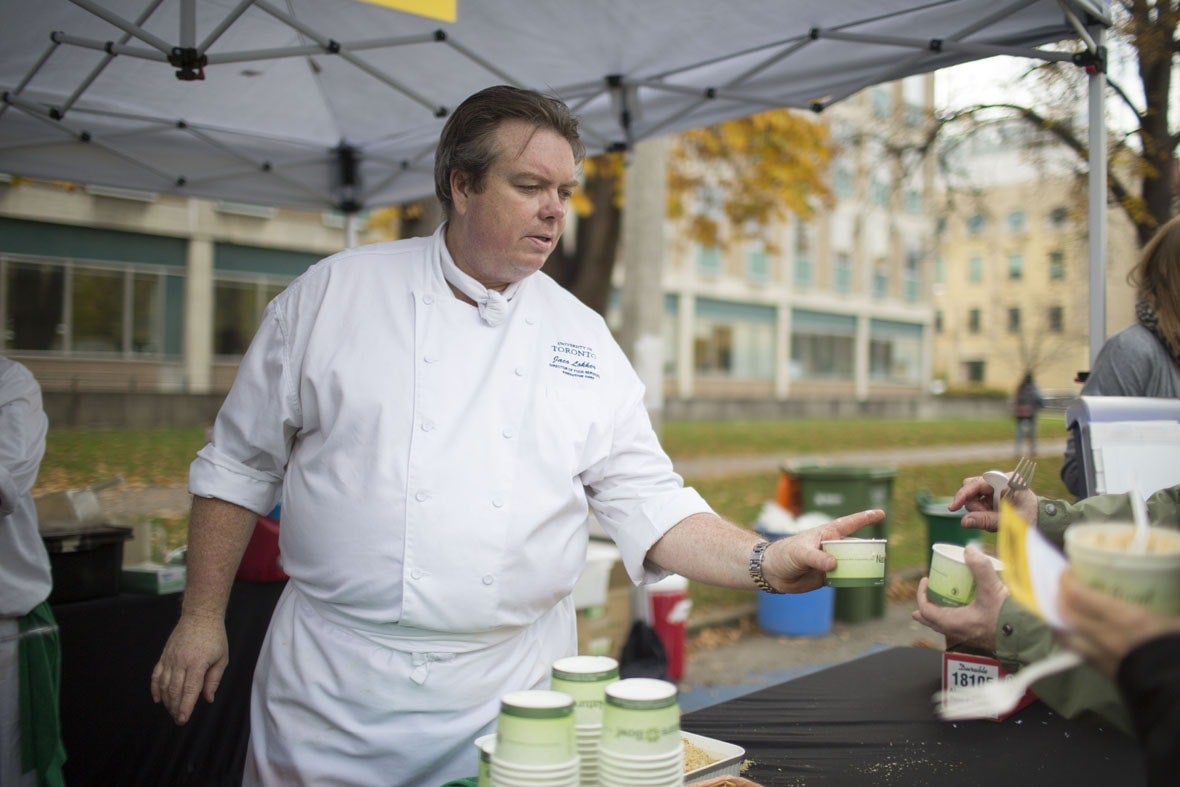 U of T's much-loved chef, Jaco Lokker, serves up food on campus (photo by Carlos Osorio/Toronto Star via Getty Images)

Lamb sausage from a butcher at the St. Lawrence market. Organic milk and cream from a dairy in Kincardine. Custom-made rye bread from Tre Mari bakery.

Those are just a few examples of what Maclean’s magazine found when it decided to go behind the scenes of what the magazine is calling “the largest independent food service operation at any university in Canada.”

Two in-depth features in the current edition of Maclean’s take a look at what happened after the University of Toronto took over food operations across much of its downtown Toronto campus this year.

Read about how Chef Jaco Lokker spent the summer developing recipes and menus made from local, fresh ingredients – and the partnerships he developed with local food producers.

“I’m very much a believer in wholesome and whole foods,” Lokker tells Maclean’s, emphasizing that there is a unique opportunity in a university to affect the habits people form in adulthood. “Here’s the moment when people are making choices in their life,” he says. “We have the social responsibility.”

So how does it taste? Maclean’s puts the healthy menus to the ultimate test – sending food critic Corey Mintz to a tasting spree of everything from tortillas to burgers, tabbouleh salad and more.