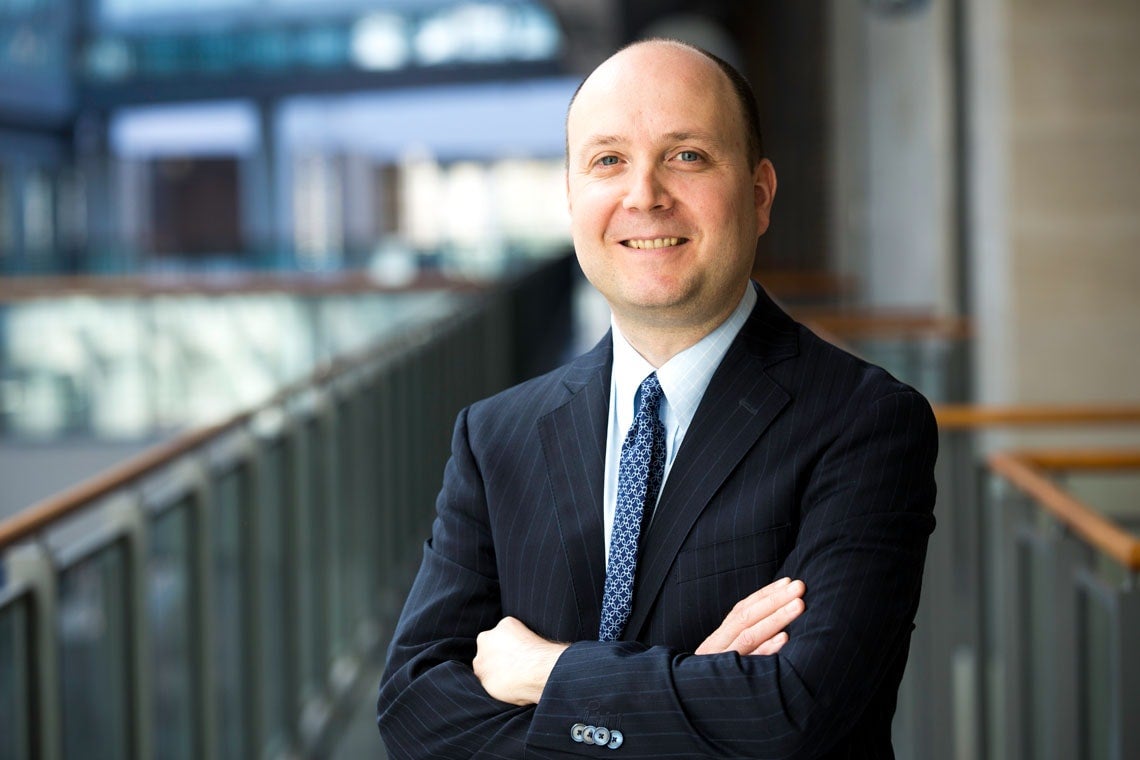 The report gives an overview of the changes being made to more fully incorporate environmental, social and governance (ESG) factors into UTAM’s investment decision-making processes.

The first of what is to be an annual update, the report comes approximately one year after U of T President Meric Gertler released his report titled “Beyond Divestment: Taking Decisive Action on Climate Change.” Enhancing UTAM’s investment approach to more fully and systematically consider ESG factors was a cornerstone recommendation of that report as it pertained to the University’s role as an investor.

UTAM presented its Responsible Investing Report at the May 18 meeting of Governing Council and released it at the same time to the U of T community.

“We are excited to release our first-ever Responsible Investing Report and to share with the University community what we have done in this regard,” UTAM President and Chief Investment Officer Daren Smith said in an interview.

“We made significant progress in 2016 and have continued that momentum into 2017. We have joined a number of organizations with like-minded investors and have already participated in a couple of collaborative initiatives related to responsible investing and climate change and continue to seek out additional initiatives.”

As part of those efforts, UTAM signed the UN-supported Principles for Responsible Investment (PRI) last December. The PRI is designed to encourage and assist investors in integrating ESG factors into their investment processes. UTAM recently signed a PRI-sponsored letter along with more than 200 other global investors (managing more than $15 trillion in assets), urging the G7 to stand by the Paris Agreement to combat climate change and drive its swift implementation, Smith said.

UTAM has also become a signatory to the CDP, formally known as the Carbon Disclosure Project, a non-profit group that provides a way for companies, cities and regions to measure and manage their environmental impact. As part of that group, Smith said, UTAM has joined forces with other signatories to push specific companies to complete the CDP’s climate change questionnaire.

“We believe we can have a greater impact by joining together with like-minded investors,” he said.

UTAM does not typically buy and sell individual bonds and stocks itself but instead engages external managers to do that on its behalf. For that reason, UTAM integrates ESG considerations into its selection and monitoring of those managers, Smith said. Another significant change related to UTAM’s responsible investing initiative is that UTAM has taken back voting responsibility, where possible, from its external managers and has engaged Institutional Shareholder Services to vote according to its Sustainability guidelines. These guidelines were developed in consultation with the PRI for investors that wish to incorporate ESG considerations into their investment decision-making processes to a greater extent.

Smith said UTAM expects to sign the Montreal Carbon Pledge later this year, a move that commits UTAM to calculate and disclose the carbon footprint of the pension and endowment portfolios on an annual basis.

The actions outlined in the report show the progress made by UTAM in a short period, President Gertler said. “I have been following UTAM’s work closely. This is a complex and evolving area, and UTAM has made great strides in the past 12 months.”

In its efforts to increase the level of transparency provided to stakeholders, UTAM also has launched a completely redesigned website and significantly improved both the clarity and content of its recently released annual report.

“We feel it is important to be transparent with our stakeholders about who we are, what we do, and how we do it − and that’s why we have spent so much time and energy on the new website and the latest annual report,” Smith said.