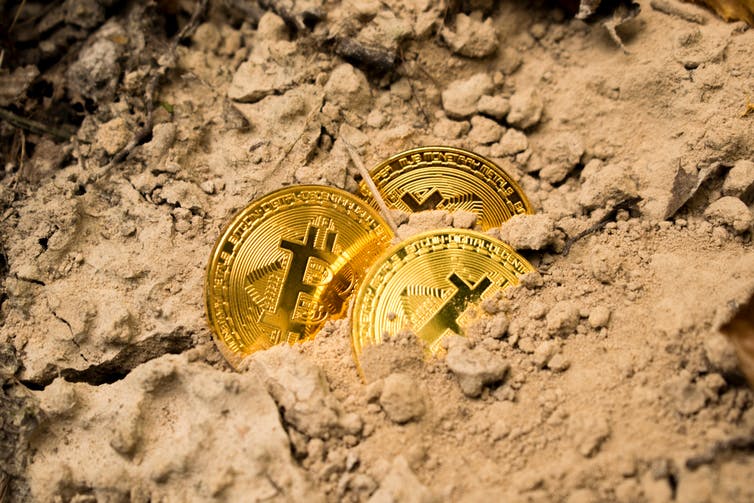 Canadian CEO Gerald Cotten died in December, taking to his grave the passwords to unlock his cryptocurrency clients’ millions (photo by Dmitry Moraine/Unsplash)

A high-stakes legal drama featuring cryptocurrencies has been unfolding in a Canadian court recently.

The antics that led to the litigation almost defy credulity, and they highlight the need for new regulations to better suit a financial marketplace that includes virtual currencies.

News broke in early February that Canadian cryptocurrency exchange QuadrigaCX was seeking creditor protection, leaving in financial limbo about 115,000 people who had entrusted the firm to maintain their deposits of cash, Bitcoins and other digital tokens worth an estimated $250 million.

The company’s need for bankruptcy protection arose when its founder and chief operator, Gerald Cotten, died suddenly in December while vacationing in India. Normally, if a financial institution’s executive officer meets an untimely demise, he or she doesn’t bring to the afterworld the only keys to the vault. And thus clients maintain continued access their deposited funds all the while.

In the case of Quadriga, unfortunately, Cotten was the only living soul who knew the password to an encrypted offline repository, known as cold storage, where the firm had enshrined the vast majority of clients’ cryptocurrency deposits. Without the password, no one can access those holdings.

While the Nova Scotia Supreme Court wades its way through some very novel and complex issues, the question that comes to my mind is: How has one bad decision about password custodianship caused more than 100,000 people to lose access to their deposits?

The answer lies in the murky and mostly lacking regulations that govern the cryptocurrency world. Nothing stops entrepreneurs like Cotten from running companies like Quadriga with no independent oversight.

Had he ever raised equity capital from investors in return for tokens or coins, that process would have been governed by Canadian securities regulations. But because Quadriga is an exchange – maintaining deposits and facilitating conversions between regular cash and cryptocurrencies, but not issuing cryptocurrencies in exchange for ownership shares – it operates in a regulatory vacuum.

In Canada, the Office of Superintendent of Financial Institutions (OFSI) oversees banks that take regular dollar deposits. One might argue that the OFSI umbrella ought to be adapted to include oversight of virtual exchanges like Quadriga, even though such institutions are not technically banks and their deposits are non-traditional in nature.

That oversight would impose accounting standards and reporting requirements that would help prevent the sorts of irresponsible missteps that put Quadriga depositors in such a precarious position.

A likely side benefit of regulatory supervision would be the eventual development of standardized safeguards against hackers and other cybercriminal activity that plagues the cryptocurrency world.

Lack of regulations attractive to some

A feature that draws many crypto enthusiasts to the virtual currency sector is the very fact that it lacks government oversight, and those individuals will bristle at any hint of new regulations.

Members of the general public might also be leery of new laws lest they grant an undeserved sheen of legitimacy to cryptocurrencies, which are not suitable investments for anyone except the most risk-loving of speculators.

But in Canada, we regulate many industries that are risky or distasteful to some, including gambling, alcohol, tobacco and marijuana. The underlying calculus is that providing standards for certain illicit activities is preferable to driving those activities to the black market, where the risks would be amplified.

For instance, a benefit of buying my beloved guilty pleasure of choice, craft gins, from a regulated marketplace is that I can imbibe confident in the knowledge that my cocktails are free from wood alcohol. Three cheers for avoiding blindness!

We cannot protect Canadians from all possible risks, especially when it comes to financial markets. And to be clear, I am not suggesting that we indemnify cryptocurrency speculators against losses that may arise from taking calculated risks, such as the beating that some fortune-seekers have taken since Bitcoin valuations plummeted from stratospheric heights.

Rather, I propose that depositors ought not to be penalized for the indiscretions of the custodians to whom they entrust their financial holdings.

Lisa Kramer is a professor of finance at the Univeristy of Toronto.

This story has been corrected. The earlier story said US$250 million instead of $250 million Canadian.