Canada must be bold to attract global talent: Meric Gertler in the Globe and Mail 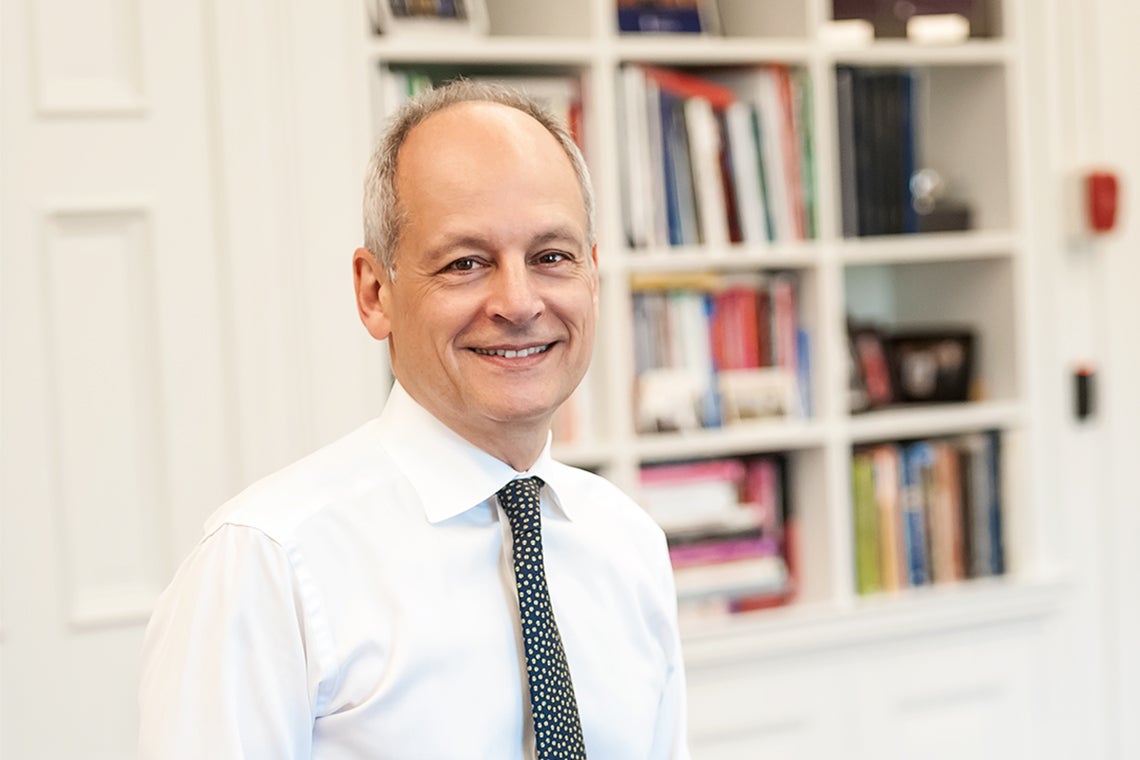 With the United States set to inaugurate Joe Biden as the country’s next leader this week, Canada will need to enhance its talent-luring advantage, University of Toronto President Meric Gertler says in a Globe and Mail op-ed (reprinted below).

Canada's attractiveness as a destination for talent increased in recent years thanks to Brexit and U.S. President Donald Trump's immigration policies. But President Gertler says Biden can rescind Trump’s executive orders and “reinstate the favoured-destination status of the U.S. with the stroke of a pen.”

President Gertler points out that nurturing international talent will be important for Canada’s post-pandemic economic recovery. He recommends navigating the shifting playing field with a comprehensive strategy that positions Canada as a place of economic opportunity – including in high-growth areas like artificial intelilgence and the life sciences – while also addressing key issues like climate change, the plight of Indigenous Peoples and systemic racism.

“Canada could create a ‘talent moonshot,’ one that’s strongly funded and co-ordinated across the public and private sectors,” he writes. “Our goal: recruit the world’s most talented scientists, engineers, artists and scholars to develop made-in-Canada solutions to global challenges, working alongside those who are already here.”

Canada must enhance its talent-luring advantage

For Canadians anxiously observing our neighbours to the south, the new year brings hopes of political and social renewal. But as we contemplate a postpandemic economic recovery, impending geopolitical shifts have huge implications for Canada’s prosperity.

In a recent speech to the Vancouver Board of Trade, Bank of Canada Governor Tiff Macklem observed that the pace of Canada’s recovery will be shaped by its ability to maintain “our biggest asset … a well-educated and diverse workforce,” drive innovation and productivity growth, boost exports and attract investment. He noted that, with the incoming Biden administration, “Canadian schools and companies may have to fight harder to attract and retain talent.”

As president of a university that attracts significant numbers of faculty and students from abroad, I can confirm that the playing field is already shifting. Attracting global talent is becoming more challenging. Canada will have to navigate these changes even more carefully postpandemic.

We’ve been living a charmed existence the past few years. After the 2016 election of Donald Trump, the U.S. curtailed travel from Muslim countries and reduced the number of H-1B visas for highly educated newcomers. In Britain, the Brexit agenda was also widely seen as anti-immigrant. Canada’s attractiveness as a destination for talented individuals increased as a result.

Enlightened public policies helped employers across our economy capitalize on this shift. As the rest of the world was closing doors, we opened ours. The Global Skills Strategy and research chair programs facilitated the hiring of international talent. Federal support for recruiting international students and enlightened postgraduation employment provisions were crucial. Canadian universities succeeded in attracting research expertise from around the world, and our applications from top international students have grown steadily to make up approximately one-quarter of our student body. Tech scenes in Vancouver, Montreal, Toronto and elsewhere flourished with this brain gain.

That may soon change. Once president-elect Joe Biden is inaugurated, he can rescind executive orders issued by Mr. Trump and reinstate the favoured-destination status of the U.S. with the stroke of a pen. With the Brexit negotiations finally resolved, the British government is now reviving the country’s appeal as a destination for global talent.

What will it take to retain and enhance Canada’s talent advantage? While enlightened immigration policies are critical, they are no longer enough. The pandemic has underscored the importance of the public sector in managing our response and recovery. Government effectiveness will now take centre stage, at a time when scientists, thinkers and creative minds the world over are seeking refuge in safe, stable, well-managed places. An entrepreneurial mindset in policy-making will distinguish successful societies.

The talented individuals we seek to attract and retain, including talented Canadians, are also drawn to places that offer opportunity and are willing to make big bets on promising new areas of economic activity. For instance, Canada’s artificial-intelligence strategy aligned and accelerated public and private investments around new hubs such as Toronto’s Vector Institute and Montreal’s Mila, investing in research, attracting global talent, stimulating entrepreneurial growth, creating jobs and fostering uptake of AI tools to boost competitiveness in sectors such as finance, retail and manufacturing.

What more can we do to stand out in the global competition for talent? Canada could create a “talent moonshot,” one that’s strongly funded and co-ordinated across the public and private sectors. Our goal: recruit the world’s most talented scientists, engineers, artists and scholars to develop made-in-Canada solutions to global challenges, working alongside those who are already here. We could, for example, leverage Canada’s remarkable strengths in life sciences and AI to transform health care and propel the new bio-economy. And we could draw inspiration from Mr. Biden’s own playbook, which includes major investments in both private and public sector R&D, innovation partnerships that connect producers of know-how to homegrown companies that can harness breakthrough technologies, and public procurement that leverages the domestic market to support this innovation-based economic activity.

At the same time, climate change, the plight of Indigenous peoples and systemic racism have made inclusion, access and sustainability high priorities for mobile talent. This puts the focus squarely on the quality and fairness of our public health and education systems and on affordable daycare. Supporting public transit, walkable cities, priority neighbourhoods and affordable housing becomes all the more important, as does assisting small businesses that make our communities vibrant and acting on Canada’s Paris Agreement commitments to reduce greenhouse gas emissions.

As we look ahead to the postpandemic, post-Trump, post-Brexit era, we need a comprehensive strategy to maintain and enhance Canada’s talent advantage. Our future prosperity depends on our capacity to invest in people, communities and opportunity. We need to be bold and think big.