This is the Place to Expand the Internet into Space 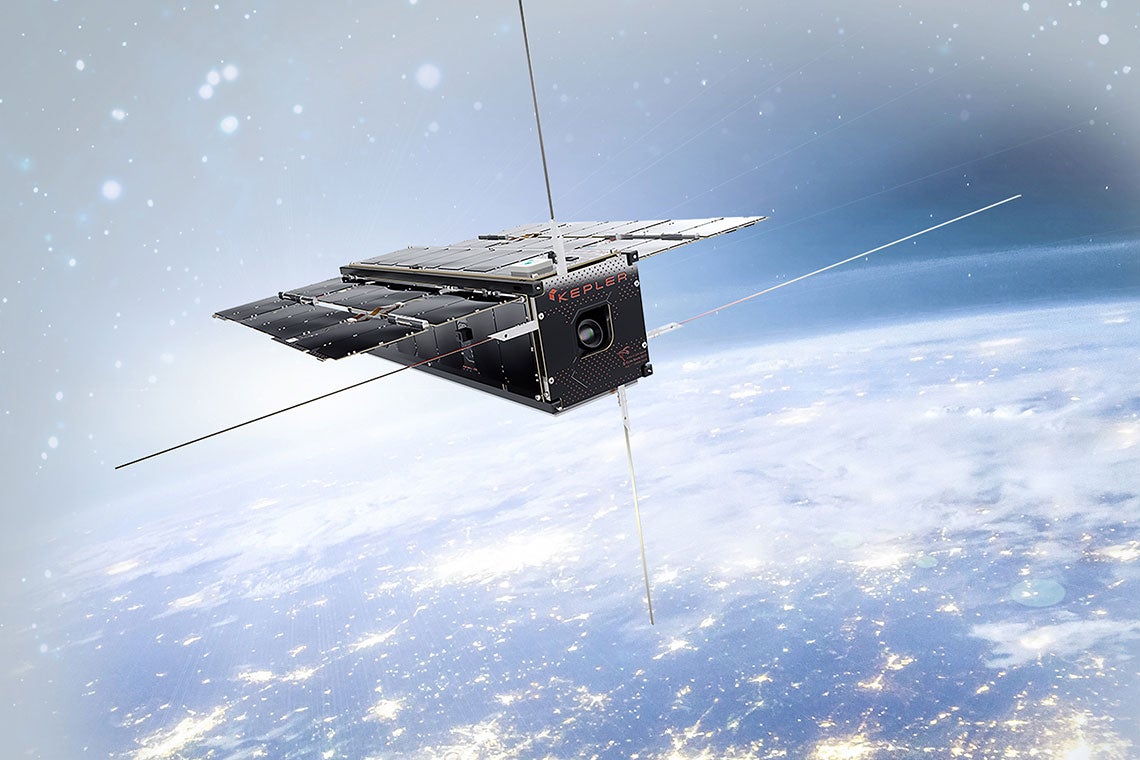 The more field data that scientists analyze from around the world, the better we’ll be able to predict climate change, earthquakes and other natural phenomena. Getting that data often requires collecting it in remote regions of the earth, such as the Arctic.

The problem is, once collected, how do scientists move all that data back to their institutions, where they can analyze it?

Enter Kepler Communications, a satellite company founded by a team of U of T aerospace engineers. Kepler has already launched two microsatellites and plans to put a third into low-earth orbit in late 2019.

As Kepler’s satellites pass overhead, their specially designed broadband antennae can pick up masses of data from isolated equipment. Kepler’s ground stations later download the data and make it available to scientists over the internet.

The days of shipping hard drives are over. Kepler is the first and only high-bandwidth connectivity service available in polar regions, offering researchers, mariners and cruise passengers a means to send and receive information, large multimedia files, and other crucial information over satellite.

Moving bulk data around the Earth is only the first phase of Kepler’s growth. Space is increasingly a zone for commercial activity—for example, from imagery satellites to asteroid mining operations.

Kepler’s ultimate mission is to extend the internet into space to enable these companies to command and control their billion-dollar investments, using the Kepler network as a pipeline to downlink large amounts of data back to earth, while also helping NASA keep in touch with the International Space Station.

To establish their space-based internet, Kepler aims to launch a constellation of 140 satellites, each zipping around the Earth in 90 minutes, by 2024.

Kepler’s impressive technology and out-of-this-world ambition attracted support from U of T’s innovation ecosystem, including Start@UTIAS and the Hatchery. The help and guidance Kepler received was critical for developing the company’s intellectual property and demonstrating the viability of their equipment.

As Kepler co-founder and VP of Business Development and Strategy Jeffrey Osborne says, “Start@UTIAS gave us the early connections, mentorship, and finances we needed to get Kepler off the ground.” Osborne credits U of T Institute for Aerospace Studies (UTIAS) alumnus Francis Shen for his philanthropy, which made Start@UTIAS possible. “Francis Shen recognized a challenge that students and young entrepreneurs had great ideas and a ton of talent, but no mechanisms to bring their ideas to market. Start@UTIAS was instrumental in helping us launch Kepler.”