This is the place to regain independence 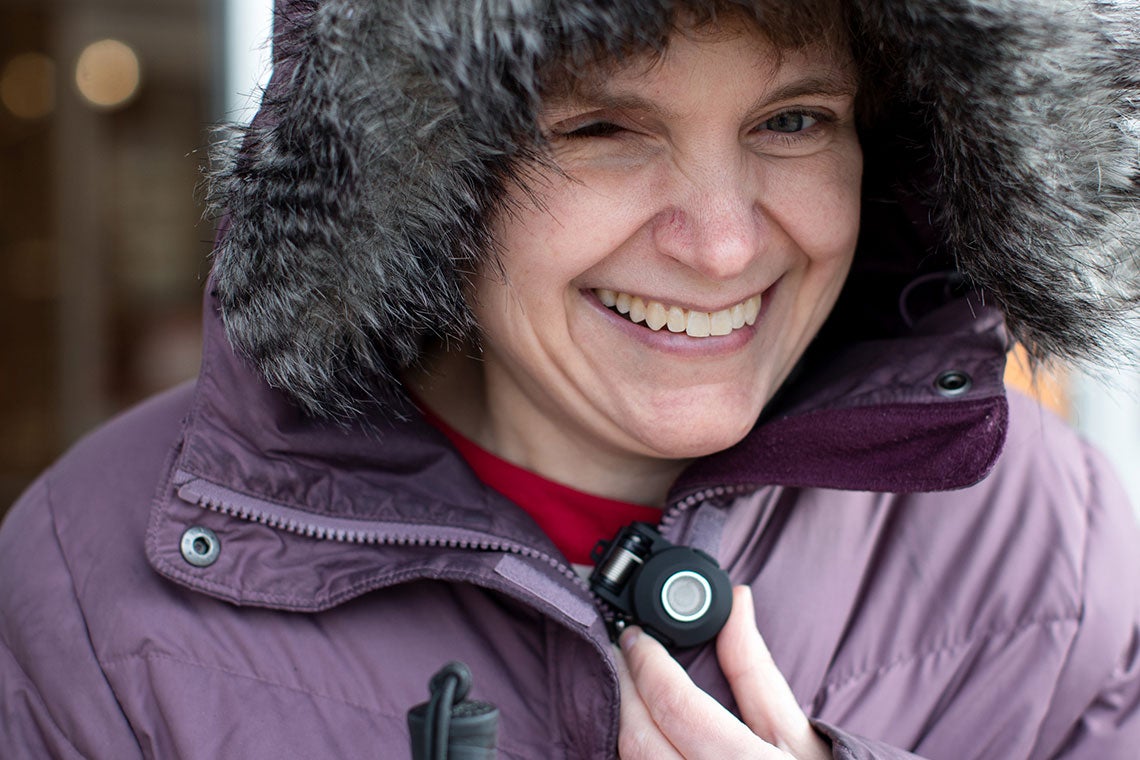 Take two aspiring tech entrepreneurs with a shared interest in family. Add a devastating diagnosis, and a commitment to service. The result: a company called iMerciv.

Bin Liu was studying engineering at the University of Toronto when he learned his father had inoperable glaucoma. Liu’s co-founder, Arjun Mali, was an economics student whose family were long-time supporters of a school and orphanage for the blind in India. So when the two started looking for business ideas, it didn’t take them long to figure out where their passion lay—to create technology that would give more independence to people with vision loss.

“Society is working on self-driving cars, but people who are blind are still using guide dogs and canes,” says Mali.

To get started, Liu became involved in the Techno program at the Impact Centre, one of U of T’s entrepreneurship hubs. Then the two co-founders engaged Mali’s mother to do market research at the school in India, and reached out to organizations for the blind in Ontario. The result was their first product, the BuzzClip. It’s wearable technology—a device that uses ultrasound to detect obstacles, and vibrates to notify the wearer.

The BuzzClip is more than just an electronic version of the iconic white cane—it scans for obstacles at all heights, protecting the user from hazards such as an open cupboard door or a low-hanging tree branch. Today, iMerciv is selling the BuzzClip in 24 countries.

The pair have developed their tech from an office at the Impact Centre, one of U of T’s entrepreneurial hubs. The centre didn’t just put the two through an intensive entrepreneurship bootcamp; it connected them with mentors, lawyers, and fellow entrepreneurs—including some who are also working on assistive technology.

“We’re in the core of the city, with easy access to everyone that we need to be talking to,” says Mali. “Being part of the community is invaluable. We’re proud to be a U of T company that’s come out of the Impact Centre and is thriving.”