This is the place to power health-care collaboration 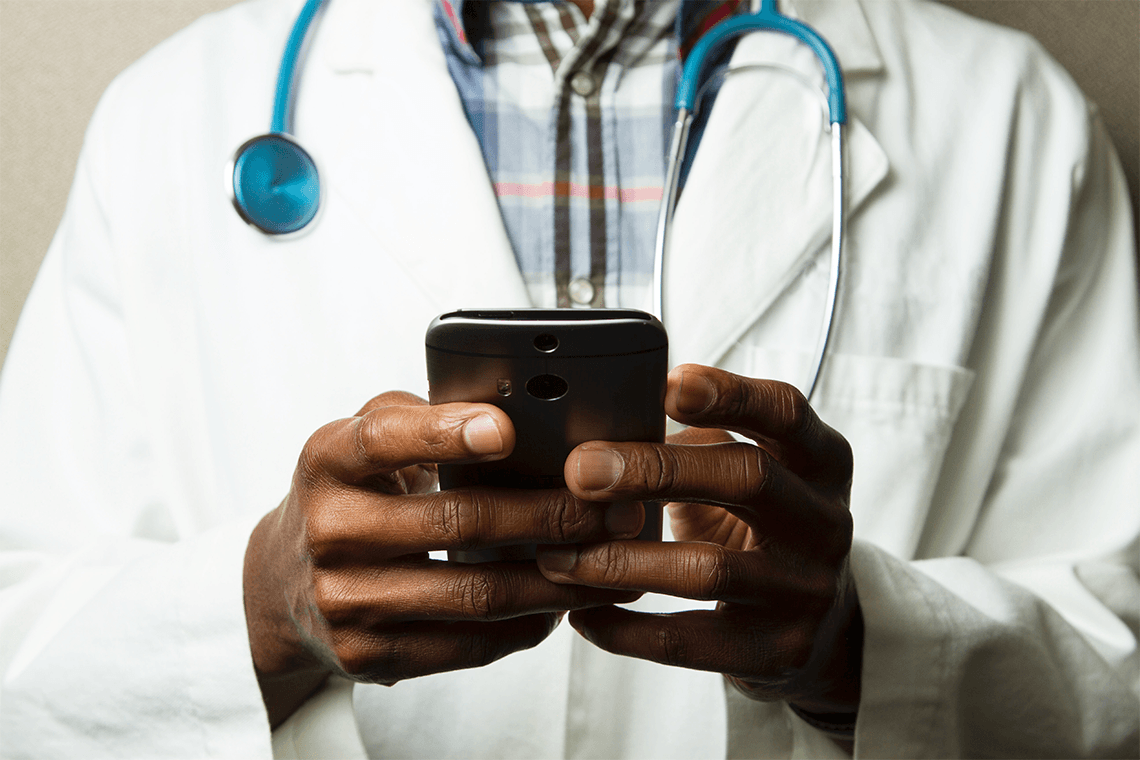 It takes a team to care for a patient—and that often involves rapid communication. Hypercare’s health-care communications app is just what the doctor ordered.

Hypercare’s sales pitch is simple: “No more pagers. No more phone tag.” To those who don’t work in the health-care sector, it is also surprising.

People are often stunned to find out that the old-fashioned pager remains the standard in many hospitals, explains the company’s co-founder and CEO, U of T alumnus Albert Tai. Front-line workers have to call the hospital switchboard, ask who’s on call, arrange a page and play telephone tag.

That was the opening for Hypercare, which streamlines care communications to the benefit of both patients and clinicians.

Hypercare built an app with support from U of T Entrepreneurship

Hypercare had its beginnings in a computer science course Tai took at U of T in 2016, which asked students to apply their problem-solving skills to the health-care sector. When he graduated in 2017, he formed Hypercare with fellow U of T alumnus Dr. Joseph Choi, an emergency physician and an assistant professor in the Faculty of Medicine, and Umar Azhar, a talented software engineer relocating from Silicon Valley.

The team hit on the idea of integrating hospitals’ on-call schedules into their software. Now the Hypercare app lets users instantly contact on-call doctors without having to first track down who they are. Users can also securely share clinical images and prioritize important messages. A feature that lets family doctors collaborate with hospital specialists with just one click is especially popular for its ability to enhance patient experience.

After securing funding from prominent angel and venture capital investors in Canada and the United States, Hypercare landed their first customer in 2019. The company is now expanding rapidly and has 12 staff. Their clients include more than 50 health-care organizations, and more than 120 family physicians in East Toronto.

Along the way, they received support and guidance from U of T Entrepreneurship, with several of its hubs providing pieces of the startup puzzle.

UTEST provided workspace and invaluable business guidance. “They’ve been really helpful connecting us to investors, helping us build our business model and educating us on how to generate revenue,” says Tai. “They’re fantastic.” Meanwhile, he got help honing his pitch from “very, very passionate” mentors Mario Grech and Helen Kontozopoulos at the Department of Computer Science Innovation Lab (DCSIL).

In Hypercare’s early stages, U of T’s Impact Centre found Tai, Choi and Azhar several business-oriented student interns. “They helped us scale up,” says Tai. “We really enjoyed their energy, but also we couldn’t have ramped up marketing without them.” The team turned to ONRamp, U of T’s entrepreneurial networking space, for something less tangible: a credibility boost. “We ran a lot of external-facing meetings there, which makes you look a lot bigger than you are,” he laughs.

U of T’s H2i provided key connections to the health-care industry, from potential investors to potential clients. “Without H2i,” says Tai, “we wouldn’t be getting inroads with some of the larger health-care organizations. One of our best mentors is from H2i. They were super helpful and as a health-care company, it is just very useful to be part of the U of T health innovation ecosystem.”

Revolutionizing health-care communications in a pandemic

When the COVID-19 crisis hit, Hypercare offered its service for free for the first three months of Canada’s lockdown. Existing clients such as Toronto’s Michael Garron Hospital, which had set up the app in late 2019, also found it indispensable during the pandemic as they co-ordinated patient care both between hospital departments and with external providers as patients transitioned back to the community to recover.

Hypercare is winning additional hospital-wide contracts as its reputation grows. While his parents wanted him to be a doctor or pharmacist, Tai’s passion was always technology. He says he has no interest in orchestrating a profitable “exit” by selling the company he co-founded. Instead, he aspires to be the “Microsoft of health care” by continuing to create software products and systems that support clinicians in the incredible work that they do.

Tai is thrilled to be helping smart, passionate physicians with a truly useful technology boost. “That’s why this work is very motivating,” he says.